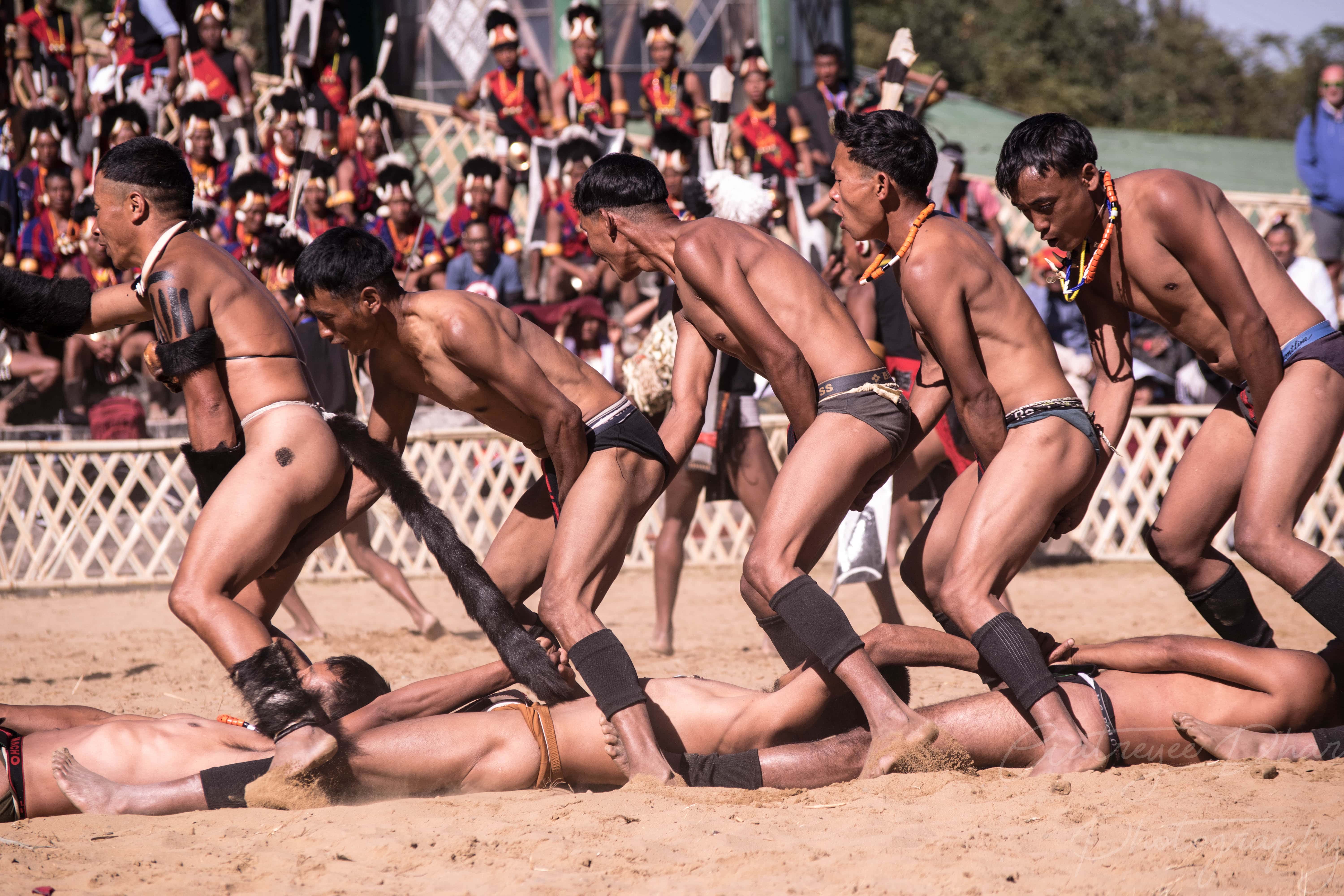 The hilly state of Nagaland has etched a place in the world’s tourist destination map through a 21st-century festival that brings the ethnic tribes of the state under one roof affirming the spirit of unity in diversity.

I decided to attend the Hornbill Festival 2017 merely to experience the sought-after cultural extravaganza of dancers, warriors and head-hunters guarding their culture and traditions amidst changing times.

Showcasing your culture can be interpreted on numerous grounds. I prefer to look at it as an attempt to demonstrate the world anybody wants to live in.

I wanted to take a respite from the cultural diversion that spins around electronic media influencing the clothes we wear, languages we speak and the food we eat. I don’t think there is an alternative to the culture that was created in the ancient times with limited traces to any outside advocacy or patronage.

And even if it meant boarding a bumpy bus ride to Kohima and breathing through dust storms, I was more than excited to delve a little deeper into the Naga culture.

P.S. Around 1 lakh visitors take a tour of the yearly festival, who am I to whine and complain about the sorry state of the roads?

After having reached Kohima, I hopped on a local taxi ride to the village of Kisama. Kisama is a heritage village which has been hosting the Hornbill Festival since its inception in the year 2000.

Around a cluster of indigenously designed dormitories for young tribesmen called Morung dot the Heritage complex. One can make out the dance rehearsals practiced by the tribes apart from seeking out the traditional Naga meal and fermented rice beer.

I was late for the cultural programme on the 4th day of the 10-day festival taking place from the 1st to 10th of December.

Still, I was lucky enough to witness Meitoi Pu, the hunting game of the Konyaks.

The Hunting Game by Konyak

The Konyaks, Nagaland’s headhunting tribe, believed themselves to the direct descendants of Noah. The head of the villages used to call themselves “ Angh” justifying the beginning of everything.

You can see tattoos imprinted on their skin and body parts which were earned in the earlier times by killing their enemies and bringing back their head.

Waking up to cold mornings and the wintry Sun, I was packed for the 6th day with my camera-kit bag. Reaching the main bus stand BOC, I hitched a 50 buck taxi ride to Kisama.

I arrived early around 10 A.M. and the festival recorded a one hour delay gracing visit from the Chief Minister of Nagaland, Arunachal Pradesh, and Manipur.

Nagaland cultural troupes mingled well with the troupes from Manipur and Arunachal Pradesh who were in line to showcase a glimpse of their culture transcending boundaries, faith, and region.

You Can Also Read: The Game Of Polo Was Born In Manipur Before The Britishers Influenced It

Snow Lion is considered to be a powerful emblem in the Land of Tibet symbolic of fearlessness, power, and strength.

I still thought pulling off gestures of the Snow lion by walking on four-legged costumes was tough which they wrapped up beautifully with little effort.

The Angamis, a major tribe from the District of Kohima in Nagaland are fond of drums and flute which are passed on as heirlooms in their family.

You can see the folk drama displaying the game of tug of war.

The Yak Dance represents the members of a family who have discovered a Yak with the help of a magical bird.

Finding a yak is symbolic of joy in Tibetan culture.

Bringing to view their folk dance signifying their harvest festival were the Lothas crooning their traditional songs and dancing in a slow-paced rhythm.

The Kukis who migrated from Manipur perform a series of rituals while dancing to appease their demon-god, Thilha.

Above is the dance of Longlam which celebrates the ceremony of marriage as a  new step in the journey of life before death.

The Sangtam from the District of Kiphire/Tuensang performs the art of spinning cotton to the tune of their folk song.

The Garos celebrate their harvest festival dancing to the beat of drums and offering prayers to the Sun God asking for a rich harvest.

Joining their warrior songs and dressed in their traditional fineries, the Ao tribe encourage the youth to be bold while defending their villages through the Battle dance of Arpu Tsungsang.

The Chakhesang from District Phek performs Cockfight which begins with the village priest sacrificing the first rooster that crows.

Unity In One From Manipur

Although the Hornbills filled us in with their upbeat vibe, this dance drama from Manipur was mesmerizing with an engaging team performance bridging the gap in cultural differences of the hills and plains through this elaborate display.

Hornbill Festival 2017 is in fact, a journey back in time to the mysterious land of myriad tribes and ethnicities that define the timelessness of the portrait of Nagaland which makes you want to visit every year.

Was Albert Einstein Actually Happy With All The Fame That Came His Way?