Apart from an intellectual wheelhouse, Einstein was mysteriously prophetic. His general theory of relativity perceiving gravity is certainly the weathervane of scientific discoveries that precluded the Nobel Prize for Physics this year.

Was Albert Einstein a person who was actually happy with all the fame and recognition that came with his brilliant achievements seamlessly sneaking him into the pantheons of the world’s great minds? 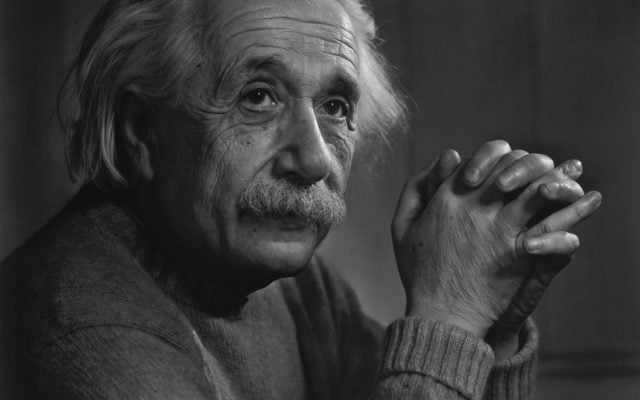 Folks, this is not some bound and done scientific theory by Albert Einstein I am talking about.

This piece of inspirational tidbit fetched a whopping $1.56 million at an auction in Jerusalem recently. You Can Also Read: From Schrodinger’s Text To Nerdjacking: Ten Urban Dictionary Words That Are Trendy Now

Albert Einstein was on a lecture tour in Japan when he learned that his contributions in Theoretical Physics bagged him the Nobel Prize in his field. With his publicity and scientific stardom spreading like wildfire, thousands of people flocked to visit him in the hotel he was staying at.

One cannot gather whether he was impressed or physically and mentally exhausted by the overwhelming hoopla but it seems that the latter drove him to scrawl his even-tempered and tranquil moments on a piece of paper from a secluded Imperial Hotel in Tokyo.

When a bellboy came to deliver a message, he seemed to be running out of small change or the messenger refused to take a tip as per the local convention. Instead, he jotted down his wisdom on content and happiness in German and handed them over to the messenger. 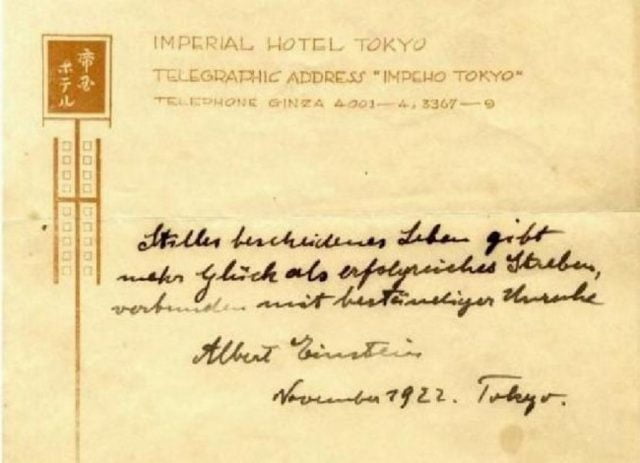 He hinted that if luck was of any consequence, the value of these notes would be more than a regular tip or spare change.

Another prophecy that came true after solemnly waiting for 95 years.

Besides the heartfelt token of insight, let’s call shots at the veracity of such a statement.

Does Einstein’s Theory Of Happiness Stand Up To The Cause?

If you look at the philosophy of leading a balanced life, it culminates in the person being happy as he cherishes peace of mind. When a person is happy, the positive vibe boosts his productivity in all aspects of life be it work, health or relationships.

If you think that happiness is important to further a person’s growth in career, then Einstein’s Theory of Happiness is for you.

Else if you think that striving for a goal in life and continuing your diligent efforts until you achieve your mission is going to buy you happiness, then Einstein’s Theory of Happiness is nothing more than a washed-out claptrap.

Plus I have seen people more satisfied with their frantic lives branching out from their self–employment requirements than the run-of-the-mill stagnant life story before.

Happiness is too subjective to be defined by a fundamental theory. And with its transient nature, you can enjoy it only till it lasts. 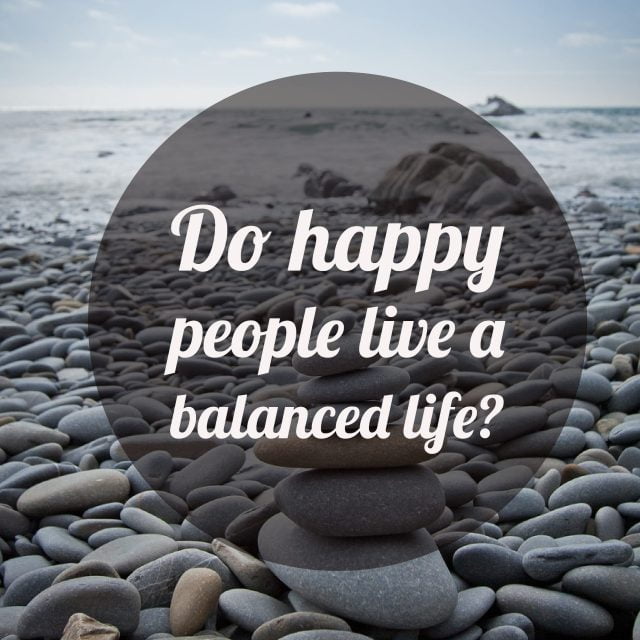 In the end, Einstein not only transformed the way we look at the universe but the manner we delve into our inner being entrenched in our constant pursuits of satisfaction and happiness.

Well, happiness is more relative than the Theory of Relativity and we are yet to get a grip on its value.

ICSE Passing Marks Lowered to 33%: What Does This Mean For The Students?