Home Social Opinions Hijab Was Once Banned In Iran; From There To Women Protesting Its... 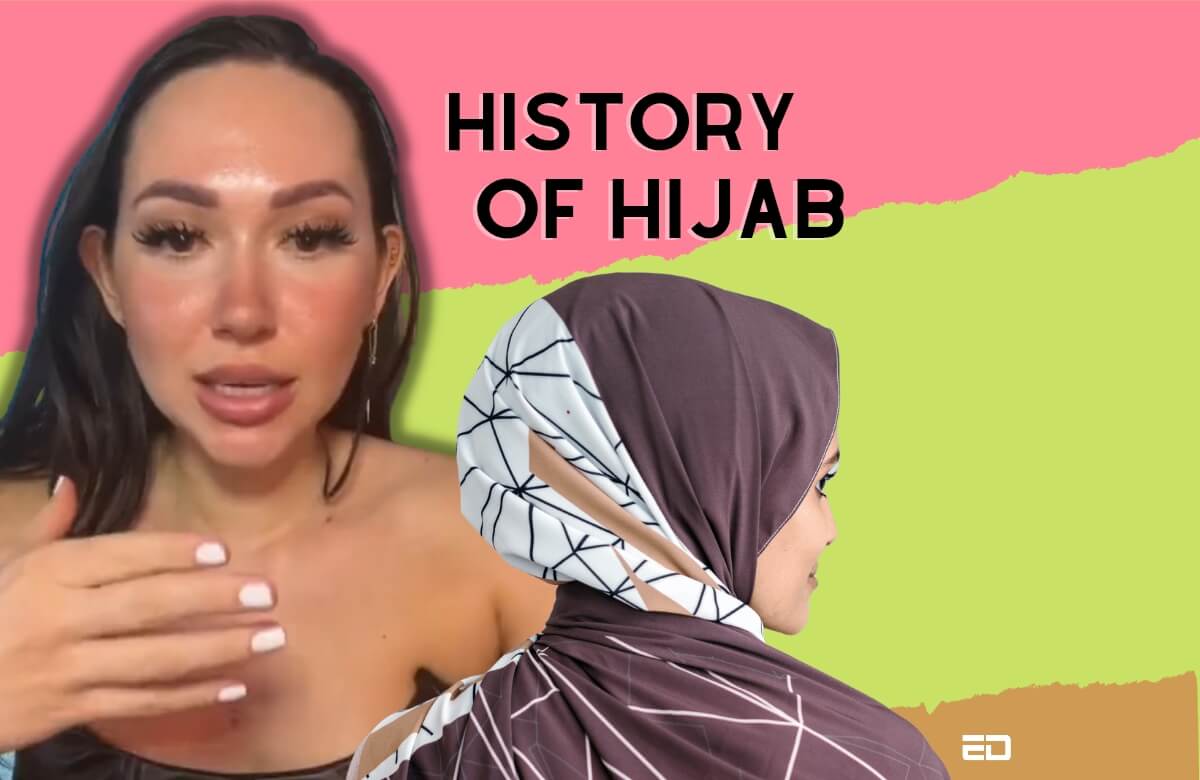 The protests in Iran of 2022 are just growing and growing by the day. The tragic and completely inhuman death of an Iranian woman Mahsa Amini after she was arrested by the morality police of Tehran because according to them she was not following the law on headscarves has launched a massive and angry protest across the region.

Women are burning their hijabs, openly defying the mandatory law of wearing a hijab or head scarf in public and completely asking for the removal of such regressive laws. As of Wednesday according to reports hundreds have been arrested by the police while around 7 people have died protesting.

The end goal seems to be for the end of Islamic Republic in the country with a NY Times report saying that chants like “Mullahs get lost,” “We don’t want an Islamic republic,” and “Death to the supreme leader” have been heard.

But what is the history of hijab in the country of Iran and how did it get to this position?

History of Hijab In Iran

A Twitter video has been going viral where a woman on TikTok takes one through the history of hijab and the rollercoaster it has been.

One of my favorite accounts on tiktok summarized the history of the hijab in Iran and honestly why this is so incredibly important to speak on, please watch 🖤 pic.twitter.com/iTSnqPtaZg

The hijab in early Iran was neither banned nor mandated. Some sources claim that it was worn more by the Arabic and Afghani communities, but there don’t seem to be any outright law stating that it had to be worn.

In 1936, the then ruler of Iran, Reza Shah Pahlavi, issued the Kashf-e hijab, a decree that banned all Islamic veils instantly. The rule was launched on 8th January 1936 and banned things like headscarf, hijab, chador and even several traditional male clothing items that came under the term of a veil.

As per sources, this was done to modernise the Iranian people and had been ongoing since the 30s almost. Female teachers, students and more were encouraged to unveil since 1933 and initially seemed to be a way to increase the participation of women in society.

However, the implementation of the rule was extremely forceful, with police being told to forcefully remove the veil if they see a woman wearing it in public. Those who still wore it in public despite the ban were also beaten with their veils torn off, along with random check-ins of homes being done.

Haleh Esfandiari an Iranian-American academic and former Director of the Middle East Program at the Woodrow Wilson International Center for Scholars in Washington, D.C in a radio program also spoke about the situation in Iran at that time. She said, “When the veil was finally abolished officially, it was certainly a victory for women but a tragedy, too, because the right to choose was taken away from women, just as it was during the Islamic Republic when the veil was officially reintroduced in 1979.”

She also added that “My own grandmother refused to leave the house from the day the veil was abolished until Reza Shah left the country. She preferred to stay home. She belonged to an upper class so she had the means and the facilities to stay home and not go out. But ordinary Iranian women who did not have that choice were forced to abandon the veil and go in the streets feeling humiliated and exposed.”

Despite the ban though many women wore the veil more as a symbol of opposing the rule and wanting the choice to wear what they wanted. There was even a massive protest called the ‘Goharshad Mosque rebellion’ taking place in 1935 that was suppressed by the army and even resulted in the deaths of hundreds of people including women and children.

Reza Shah was abdicated in 1941 though and his successor Mohammad Reza Pahlavi did lighten up on the decree, meaning it was no longer an offence to wear a veil and people could do as they please. Although there was still widespread discrimination against those who wore it, at least there were no more punishments for wearing it.

It was during the 70s when the Iranian or Islamic Revolution was taking place in the country that the hijab started to be reintroduced to society and officially made mandatory for all women over the age of puberty in 1979.

While some Iranian women had been using the veil voluntarily, before this it was more a sign of protest against the ruling Pahlavi regime and also supporting the Iranian culture rather than the forced Westernisation of the people. However, the turn-around of the law for it to become mandatory, was also not something that women wanted.

Thus on the 8th of March 1979 itself, thousands of Iranian women protested against the now forced mandatory hijab rule, with it lasting till the 14th of March. At the time the government said that it was just a recommendation, but the law only strengthened over time with it also including non-Muslim and non-Iranian women into its circle in 1983.

Not just that, but the Islamic Consultative Assembly also added that if a woman was found without a veil in public they would be punished with 74 lashes, with jail time of 60 days being added in 1995.

Since then, women of Iranian across the years have been protesting against the law and wanting its removal.

In 2022, the main aim of Iranian women is to finally let the women themselves choose what and how they want to wear something. Whether a woman wants to wear a hijab or veil or not, should be her right according to Iranian women right now.

They want the government and authorities to stop forcing these women to wear or not wear something, taking away their choice and agency.

Finance Palak Dogra - September 22, 2022
In banks, the position of clerks is the one which is highly in demand. There are various kinds of clerks like interest clerks, loan...