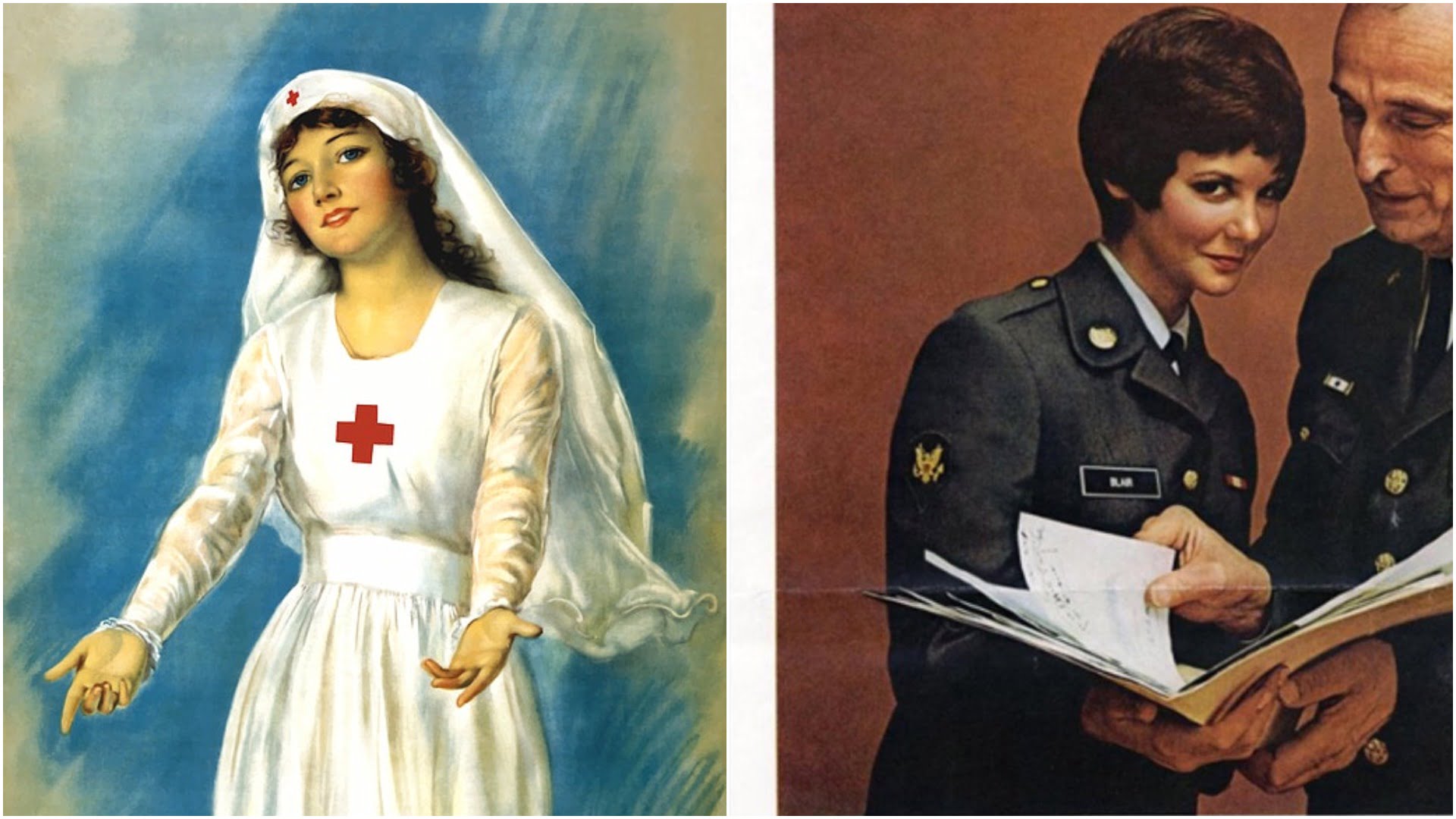 Just like there’s a woman behind a man’s success, there is a nurse behind every successful surgery.

While doctors, surgeons, and physicians need to be commended for their work, but we should not forget their success won’t be possible without nurses regularly checking the patients, double-checking the treatments and doses, and committing to their jobs wholeheartedly.

The depiction of nurses over the century has changed; they’ve broken all stereotypes and barriers from looking like an angel to being masculine.

In the first world war nurses were compared to ‘angels’ and ‘divinity’. One of the reasons for them being cited as angels is because they took on the mission of neutrality. 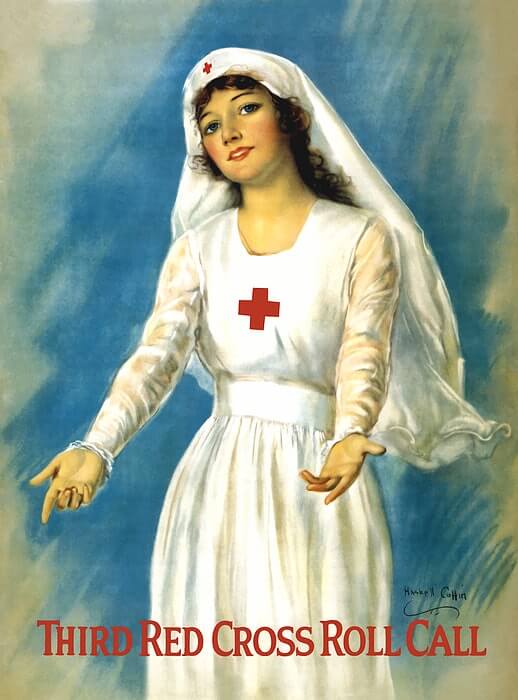 The red cross nurses of America gave medical attention to the soldiers of the enemy as well as their own. 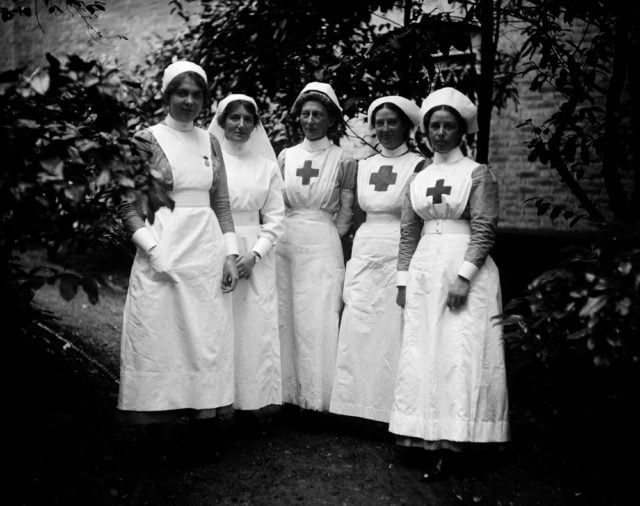 Well, they wouldn’t be angelic nurses if they discriminated among their patients. 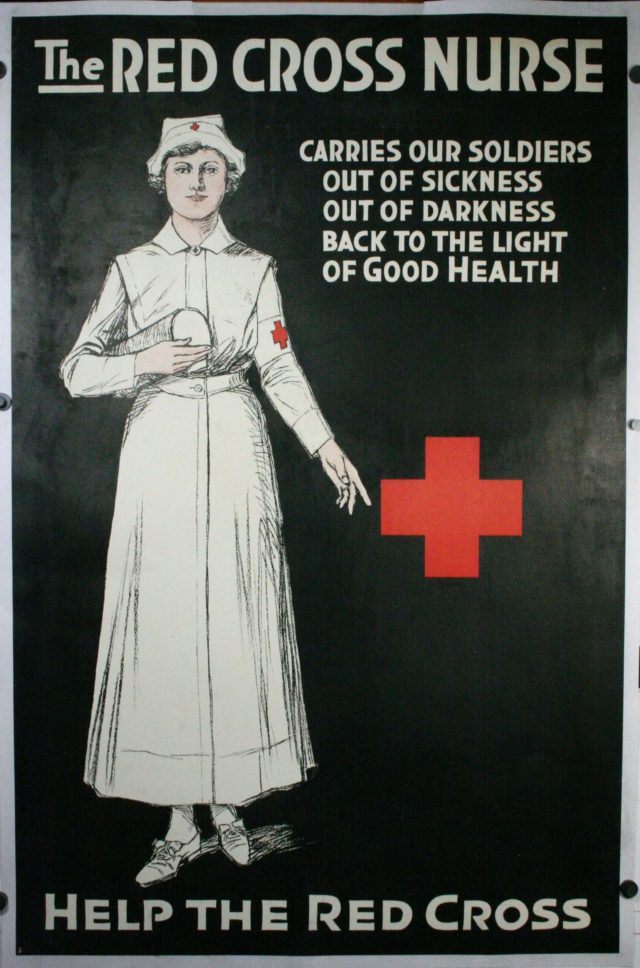 Advertisements like “Beauty on duty has a duty to beauty”, started to shake up gender norms when they started picking up the duties of being a mailman or truck drivers when their brothers, husbands, and fathers went to the war. 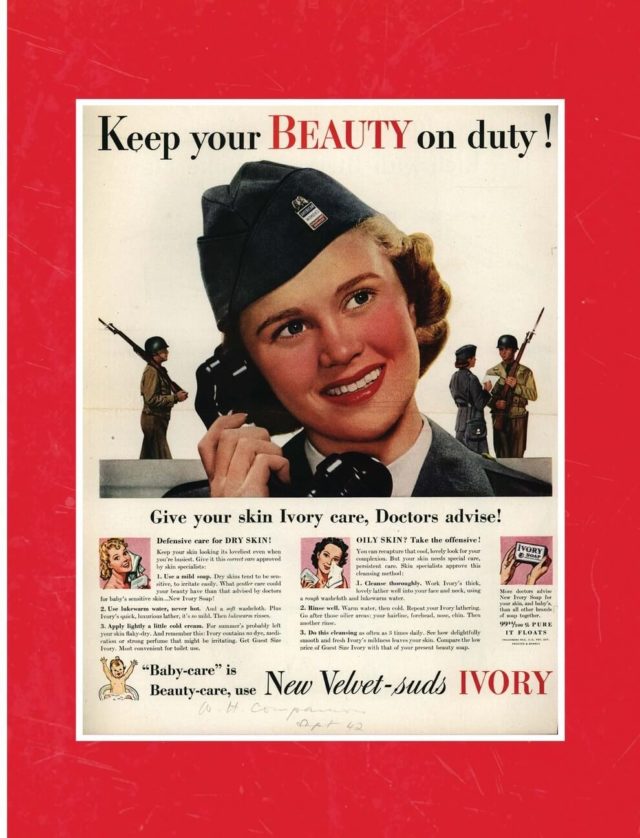 Just like it was their duty to tend the wounded, they also started applying a little bit of rouge and lipstick as a duty to themselves.

This time working on looking attractive and putting on makeup was considered a patriotic duty. It was more than just a little rouge and low-key coloured lipsticks. 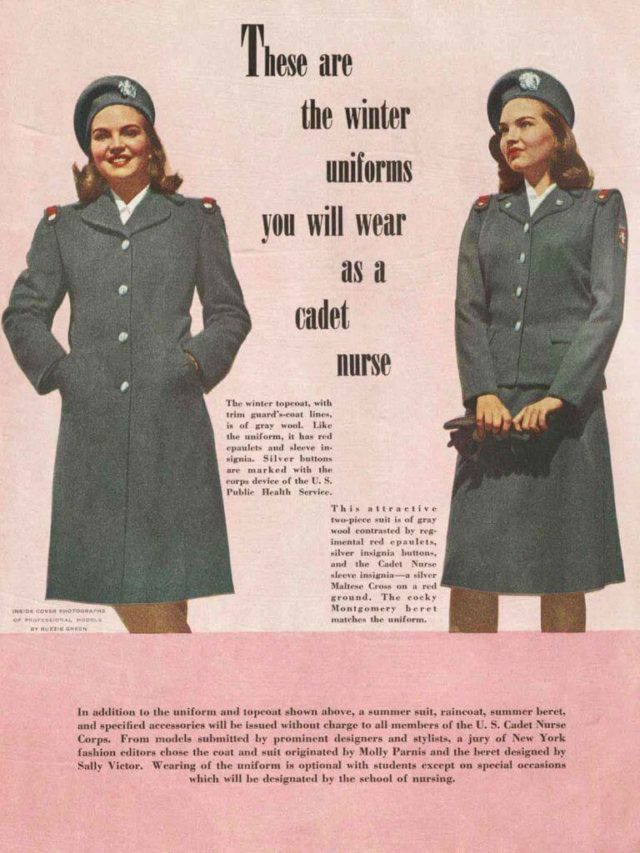 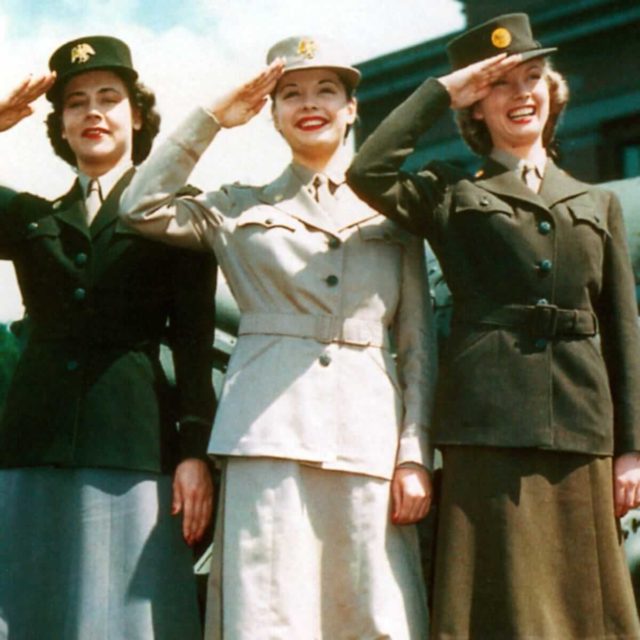 Makeup was also emerging as something more than eye-candy, soldiers had something to look forward to at their home and something to fight for. It worked as a morale booster, as ‘beautiful domestic nurses’ were a respite to the wounded. 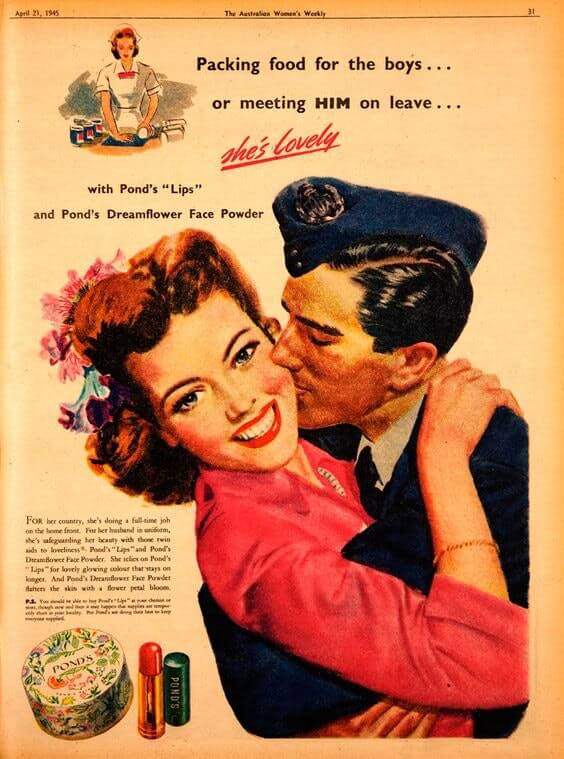 Another reason why this was linked to patriotism and nationalism is that Hitler found red lipsticks and glamourous looks particularly appalling, so the women in Europe (particularly Germany) fought a lipstick battle from their houses. 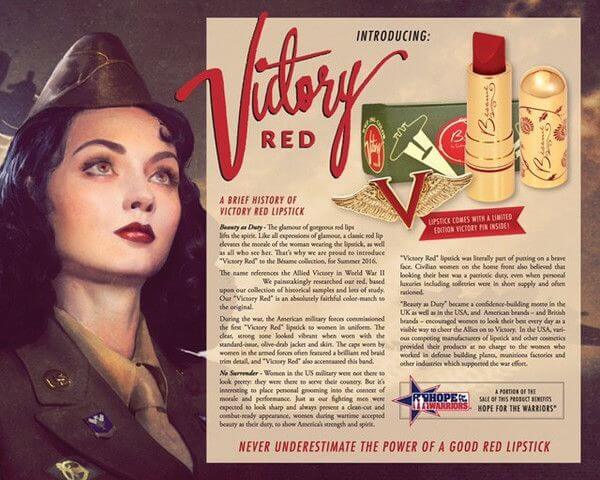 Meanwhile, the women in America started manufacturing lipsticks with names like ‘victory red’, ‘commando red’ or ‘regimental red’, the shades of red were made to match the uniforms of the women in the Marine Corps.

Read More: In Pics: Anti-Lockdown Protests In US Bring Nurses On Roads

This time around a wave for gender equality, equal pay, and benefits for females took over. For the first time in history, the military broadened the definition of the role of a nurse. 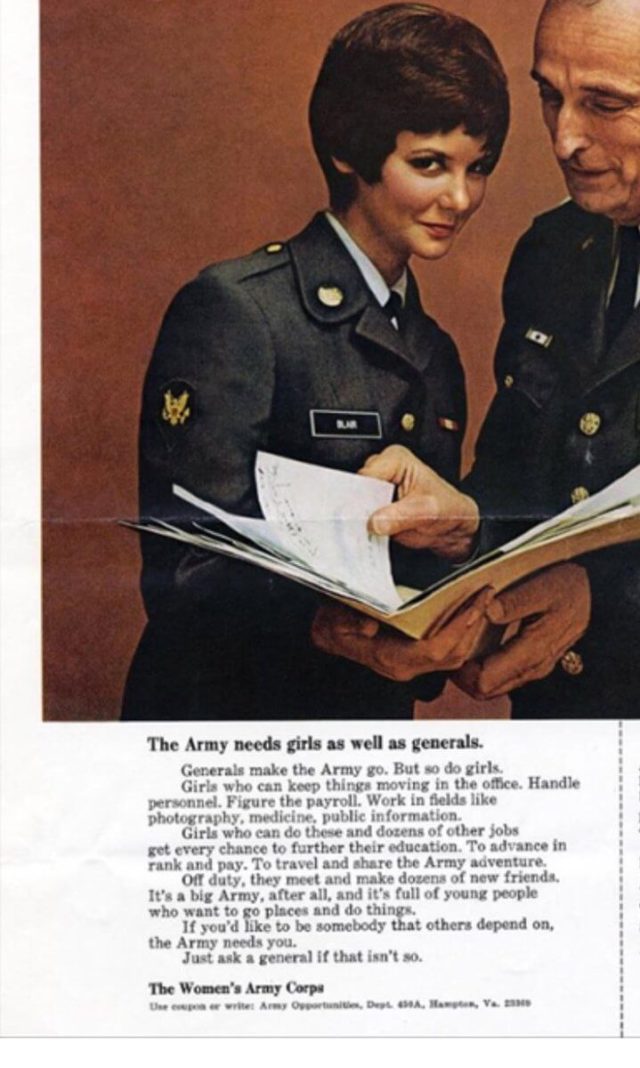 US Army Nurse Corps were there but females started to fight to be on the battleground, as a result, women were fighting in the field from both sides even if it was a sheer number.

An era of a female doing it all and moving away from the typical feminine stereotype of a ‘housewife’ began breaking more stereotypes ahead. 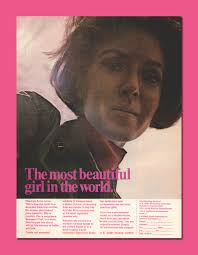 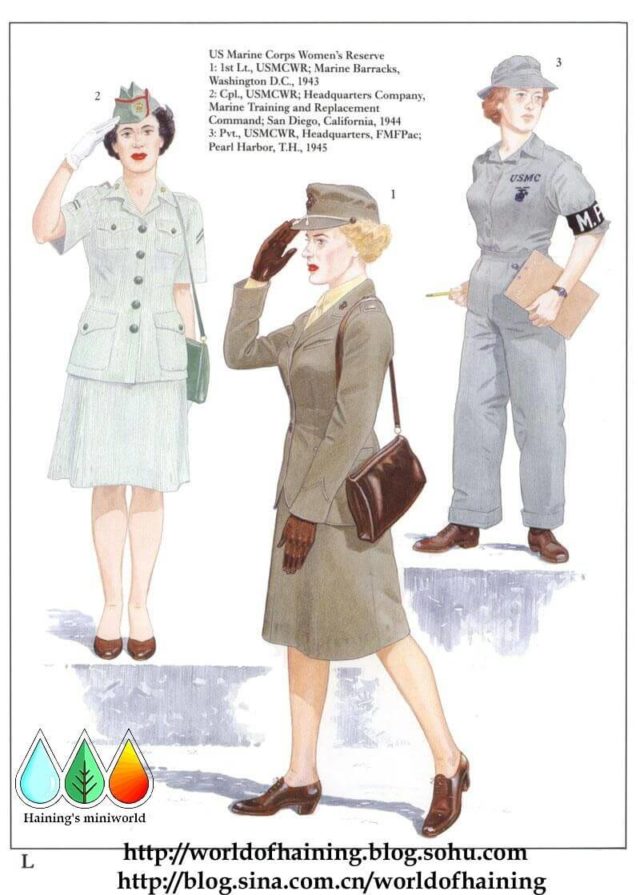 Nurses started wearing peace buttons and ribbons, which wasn’t acceptable in military uniforms but it was used as a sign of protest that even though they didn’t support the war they were here to treat their brothers, fathers, and husbands. 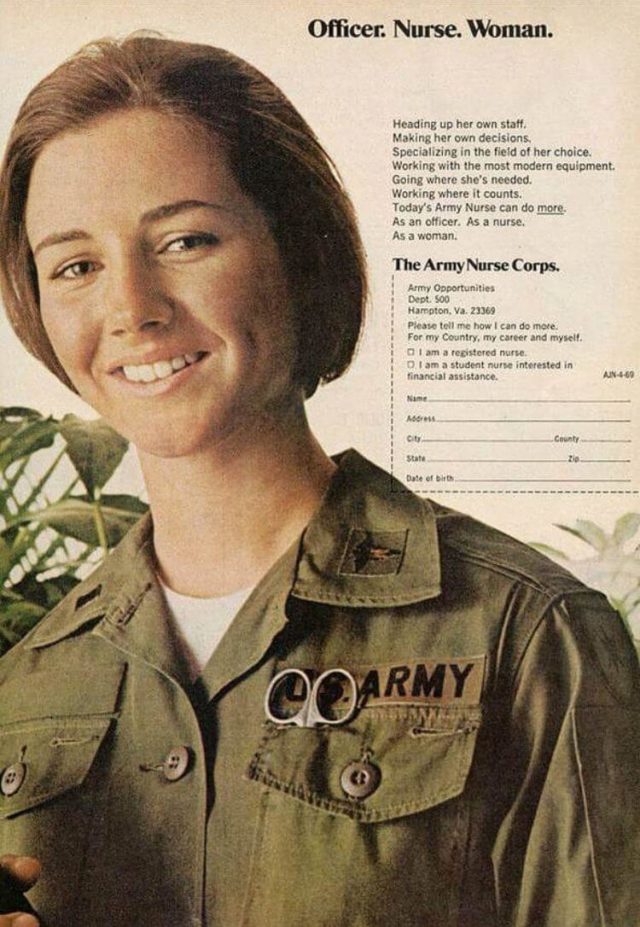 When women were starting to be more career-oriented and independent it was also emphasized that it didn’t mean they’ll have to lose their feminity entirely.

In the book “officer, nurse, woman” Kara Dixon Vuic explained how joining the military won’t be losing all feminine traits rather it’d work as a positive morale booster.

While the previous changes in the depiction of nurses were marked by wars, this time a new image of nurses being heroic is during a pandemic. 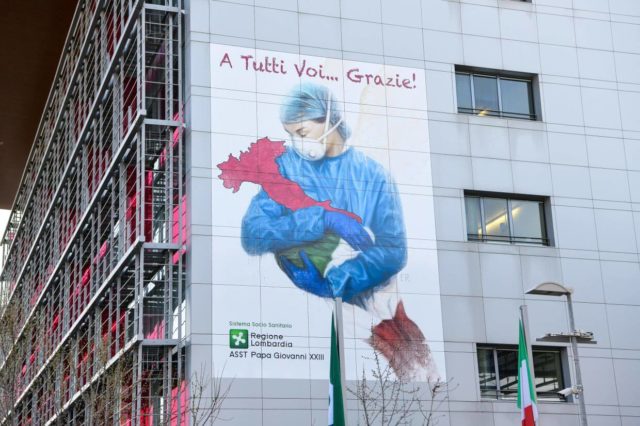 An image of a nurse cradling the map of Italy in her arms like a baby signifies that the medical staff has been running back and forth keeping their life on the line to save the people of the country.

Nurses have evolved now to being depicted as a mother and god-like savior with less focus on being pretty. 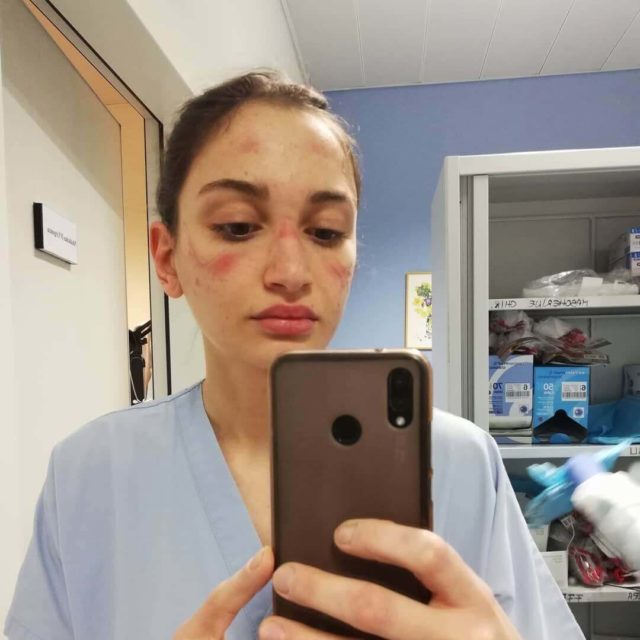 Another image by a nurse named Alessia Bonari went viral, she exposed her bruised face by all the gear she has to wear for a shift. Following her post, many medical staff started posting pictures of their bruised faces. 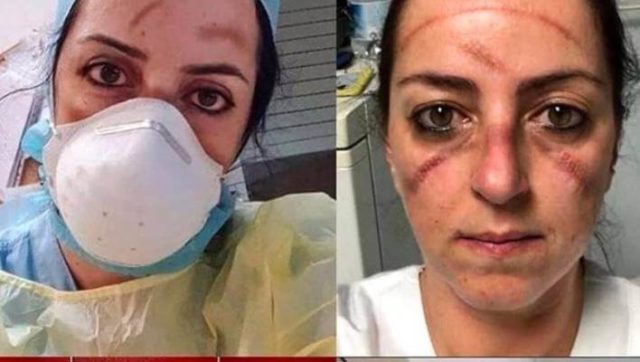 Doctors and nurses have to wear so much protective gear and once they’ve put it on and started their shift they cannot eat, drink or go to the washroom. 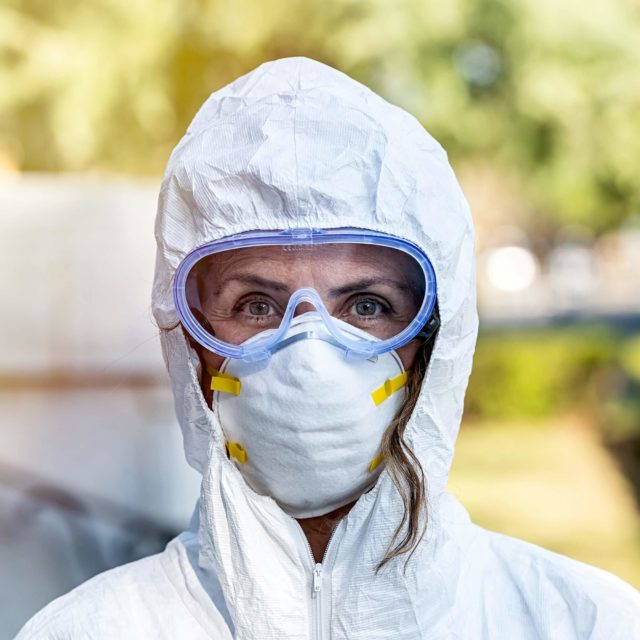 The shift can be 6-hour long or 12-hour long, which is psychologically tiresome more than physically, with the constant fear that they might get infected or carry the virus to their family members. 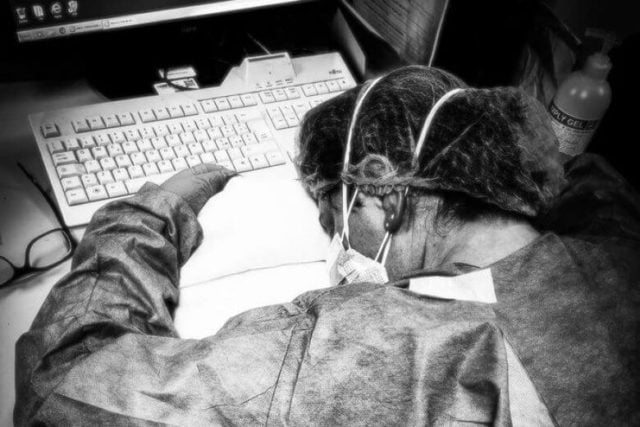 Gurudwaras in Delhi are giving shelter to nurses, doctors, and all medical staff who are afraid to go home fearing their family might get infected.

The amount of psychological toll they’ve taken is enormous, proving to be the true angels yet again after the first world war.

Why Pay Scales Of Nurses, Teachers & Biological Researchers Should Be More Than Sportsperson/Actors

Did You Know About The Famous Ghoti Vs Bangal Tussle Which Is Unique To...

Lifestyle Urmi Khasnobish - September 28, 2021
The Ghoti vs Bangal is unique and constant in Bengali psyche. Bangal-Ghoti tussle was a social expression of the perceived cultural superiority or inferiority. After...