Home Finance Flowers Showered On People In Line For Buying Alcohol In Delhi And... 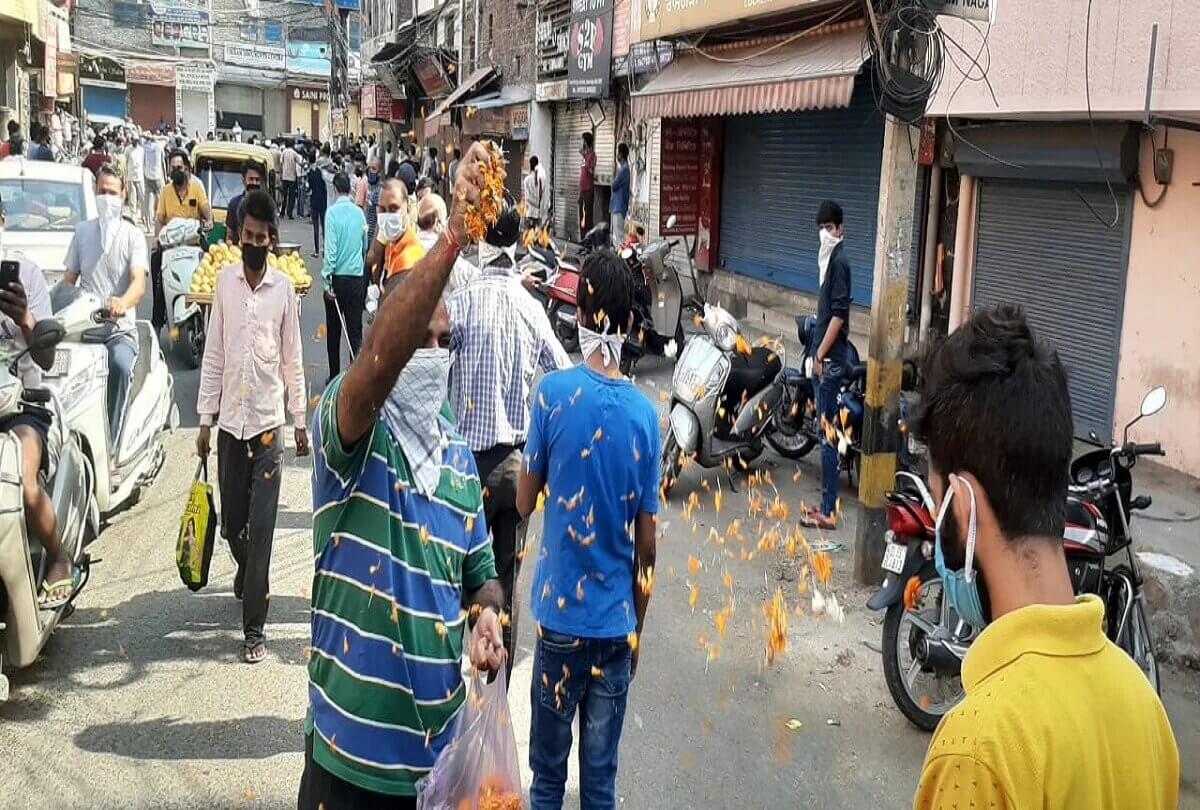 As lockdown eases, the crowd found outside of liquor shops is even more than a grocery or food store. A few shop owners took the phrase “Grahak bhagwan hota hai” a little too seriously and showered flowers on everyone outside waiting in line.

Yesterday a liquor shop owner in Mirzapur (Uttar Pradesh) was recorded showering flowers on people outside his store waiting to buy alcohol. The video was shared by the journalist Prashant Kumar. Earlier today, another man was spotted in New Delhi showering petals and called them the ‘economy of the nation’. These people were thanking the crowd for providing business amidst an economic slowdown.

Apparently, as per reports people started lining up 2-3 hours before the stores were scheduled to open and when they were asked questions they replied; “alcohol will help us get through this lockdown”. For the first time since lockdown started the tears were not rising out of misery but were “khushi ke aasun (tears of joy)”.

A series of tweets and memes related to the opening of alcohol shops bring some much-needed laughter. 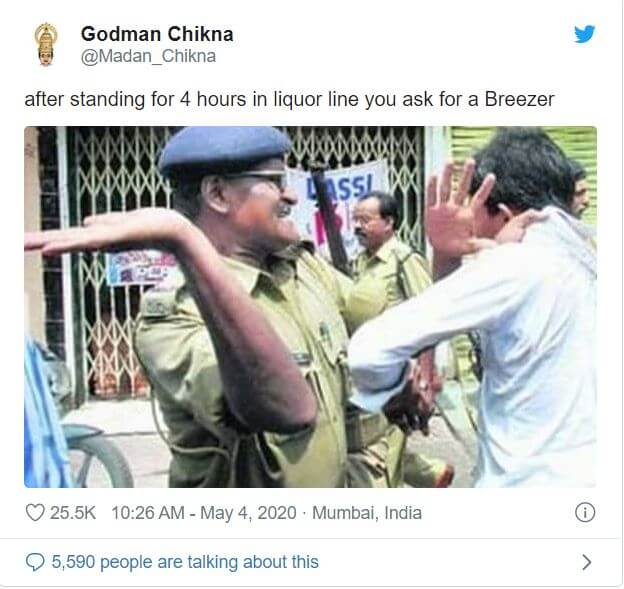 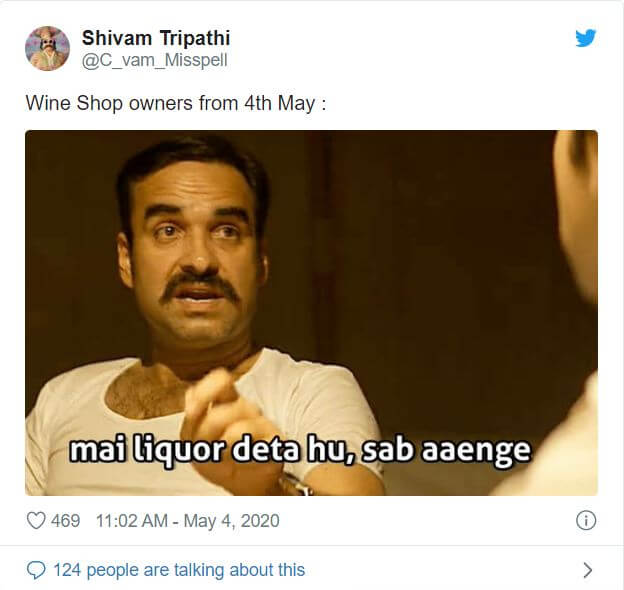 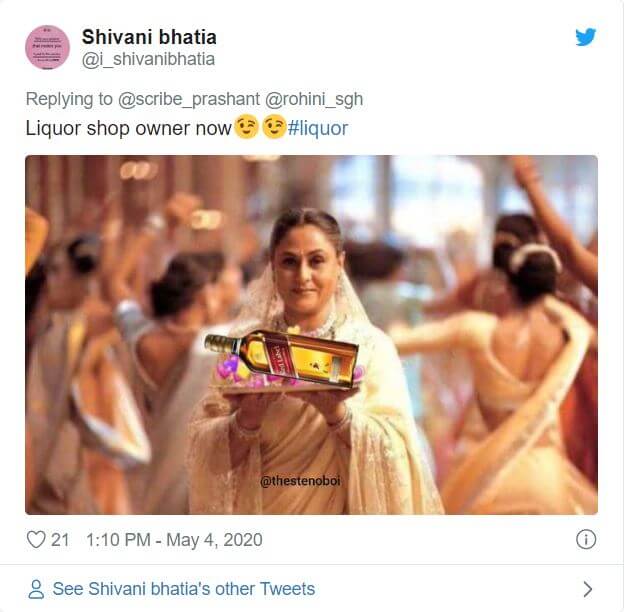 The Governments guidelines on the functioning of Liquor shops

The Ministry of Home Affairs cited alcohol as a major source of revenue and consequently opened all liquor stores even the ones in red-zones.

Only stand-alone stores can open in red-zones while in containment zones no store is allowed to run. As this comes under the ‘non-essential’ category, the stores have to be closed by 7 PM and only 4 people can be inside at once as section 144 is imposed.

In some areas, people have obediently maintained social distancing but in many areas, the police had a hard time controlling the mob. Even after the government’s constant pleas to maintain social-distancing, the mobs outside liquor stores completely ignored it threatening the safety of themselves and others. 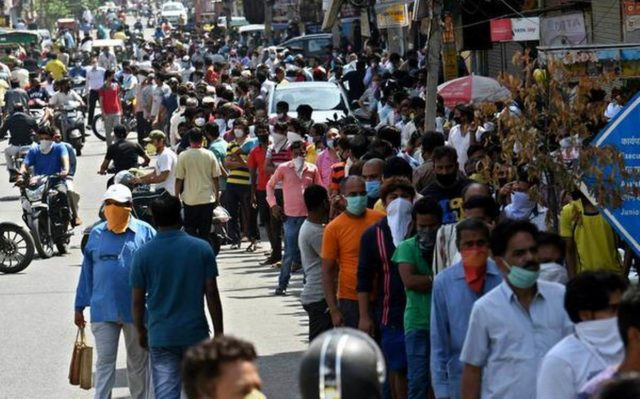 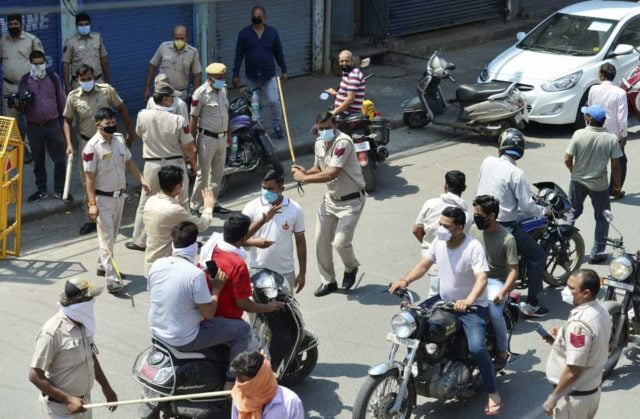 Arvind Kejriwal, Delhi’s Chief Minister stated, “If we come to know about violations of social distancing and other norms in any area, then we will have to seal the area and revoke the relaxations there.”

To curb huge crowds from assembling, the 70% tax on liquor was imposed and the notice came out later in the evening on Monday.

This means that if previously a liquor bottle cost INR 5,000 now it will cost INR 8,500. What’s more amusing is that even after such a massive hike in the cost it didn’t affect the number of people showing up to buy alcohol.

Twitter responded to this with a bunch of hilarious tweets: 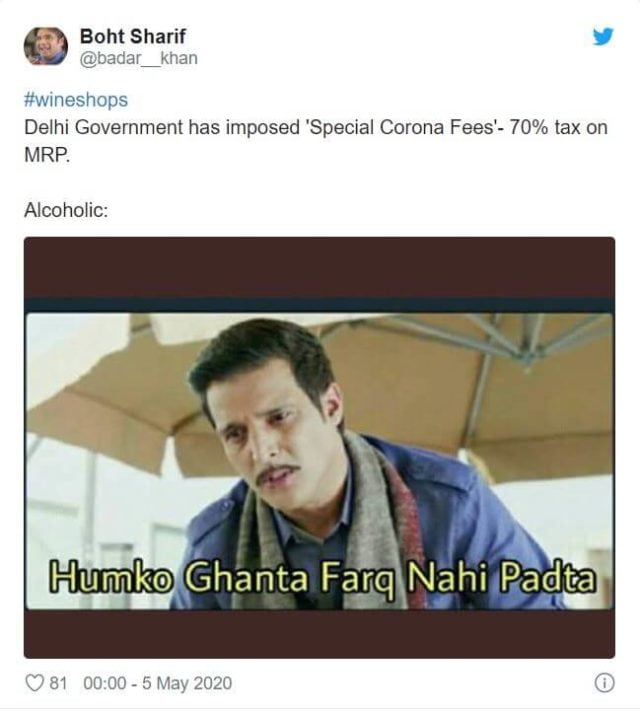 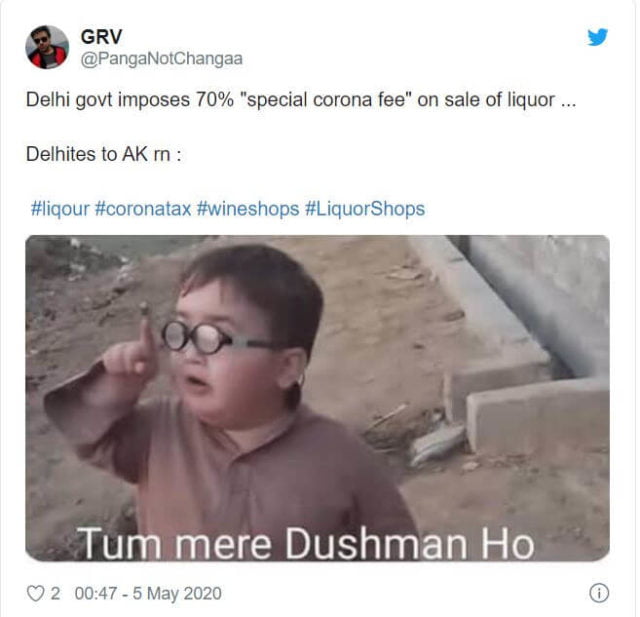 Just after a day of relaxation and opening of liquor stores, India witnessed the highest rise of coronavirus cases in a single day.

3900 new cases were reported on Tuesday.

While we still need to take care and strictly follow social distancing, the opening of liquor stores sparked ‘rays of hope’ in the eyes of a lot of people as they desperately waited in queue for alcohol.