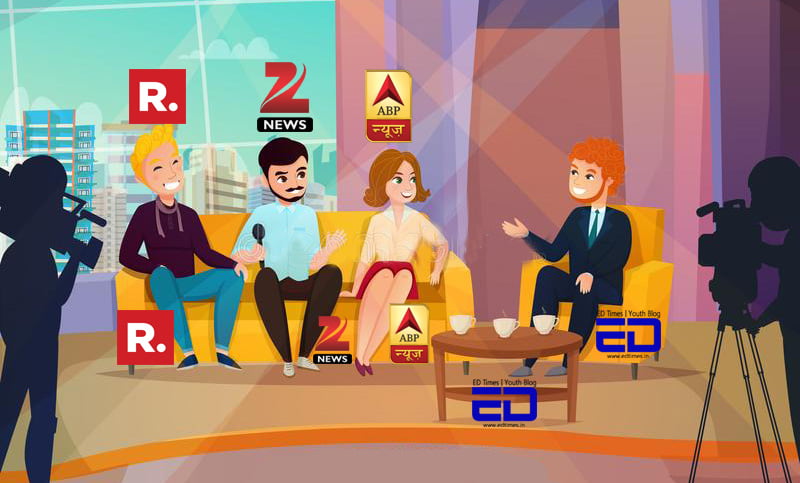 ED: Hello everyone and welcome to another Fake Friendly Friday chit chat with ED Times. Today we have a few very special guests for you.

Usually, you see them asking the questions, today they will be answering them instead. Please give a round applause to these entertaining journalists and anchor from the national news channels. 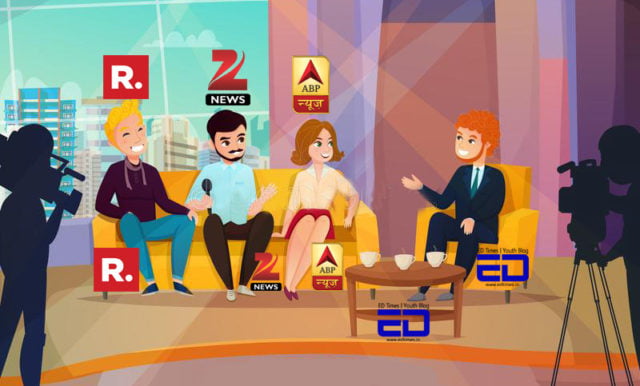 R.WORLD: You HAVE to answer my question, Sir.

ED: I would if I knew what the question was and I thought I will be asking the questions here. *mumbles*

R.WORLD: Oh sorry, force of habit. Anyway, I have to go, India is under attack.

R.WORLD: Yes by Pakistan. Don’t you know the locust attacks are sent by them to terrorise India? We even had India and Pakistan fight each other on our channel.

ED: That’s some news reporting. But why don’t you have actual news to report? Like Assam floods, Mizoram earthquake, Uttarakhand forest fire, West Bengal Cyclone, or even airlines banning comedians from flying?

R.WORLD: Sorry, have to go. We have another video call fight scheduled in half an hour. (leaves)

ED : (awkward silence) Okeh… what about you guys? Why didn’t you report the cyclone?

ED: What do you mean ‘what cyclone’? Super Cyclone Amphan? The one that caused massive damages in Bengal?

HT: Oh yes, Cyclone Amphan! I remember! The Bhubhanshwar sky was so pink because of it. So beautiful! 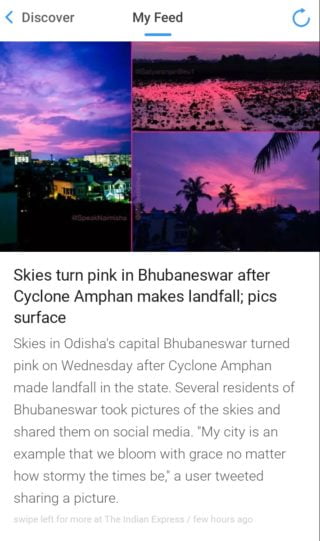 Times of India: The Sky is Pink! Hey, isn’t it the movie with Priyanka Chopra and Farhan Akhtar?

ED: Seriously? People lost lives, several others got injured and all you can think of is a movie?

TOI: Hey don’t say it like that. Tejasswi Prakash too got injured. 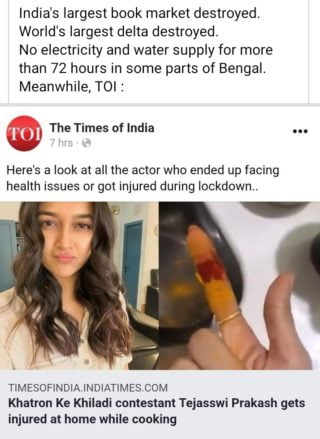 ED: (losing hope) That’s..That’s not even the same. Not even close!

ABP News: No guys, Bengal was completely devasted. Even several trees got uprooted…

Zee News: We even showed the ground report…

ED: … Yeah, finally someone is talking some sense

Zee News: … After two days… from the studio. #DNA

ABP News: Ignore him. We showed how bad Bengal’s condition was. Even Sourav Ganguly had to step into his balcony to remove trees. 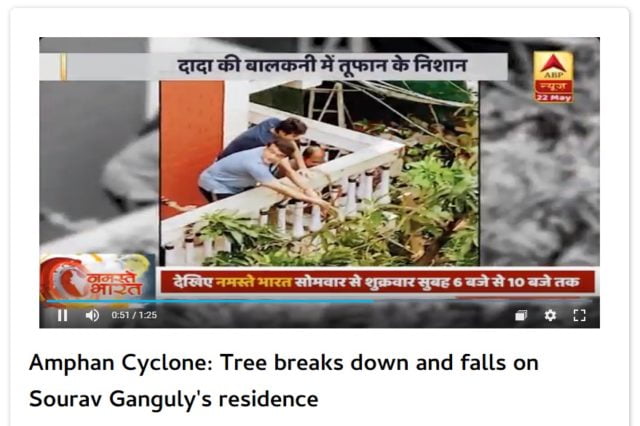 ED: (about to break down) That’s all you get from a devastating cyclone?

HT: Compared to these, how does my ‘pink sky’ look now?

ABP NEWS, ZEE News, Times of India and Hindustan Times: Hey, where are you going? You said you will talk about Bengal, so we thought you will bring along some desserts! Where’s our roshogolla and mishit doi? Hey, come back!