The #MeToo Movement began in the US all the way back in 2006, thanks to Tarana Burke.

At that time it was just a small way to encourage empathy and bonding between women of colour who had been sexually abused.

Around 11 years later, an American actress Alyssa Milano, made the #MeToo movement into a global one with women, and men of all races, cultures and regions coming forward with their own stories about being sexually harassed or assaulted.

Considering that America is one of the most developed and powerful countries in the world, you’d expect them to be more progressive when it comes to the female gender.

All those ideas were trashed when I got to know of the recent debacle of Ernst & Young (EY), one of the biggest accounting firms in the world, giving a training session to their female staff that was filled with extremely regressive and derogatory statements about women.

Is EY Sexist To Women?

The story was first reported by HuffPost reporter Emily Peck and took a look at a training session held for around 30 female executives at EY’s New Jersey office in June 2018.

An attendee of the training provided HuffPost with a a 55-page presentation used during the session. It was shockingly full of advice for women that was dated, sexist and how women should ‘fix themselves’ in order to fit the working environment.

Apparently this seminar came after EY was involved in their own #MeToo controversy where one of the partners, Jessica Casucci, had filed a complaint against a male partner whom she accused of sexually assaulting her.

Later on, it was uncovered that EY had knowledge about this as Casucci had brought it to their attention internally, however, they only fired the accused man after she made the issue public.

Interestingly though, this event was not mentioned or talked about during the session, arranged by Marsha Clark; an outside consultant, at all.

As per HuffPost, one of the attendees Jane (name changed on request of anonymity), a former executive director of EY, shared some of the things the female staff was advised on:

Not just this, but according to the report the female staff were told that their brain was around 6% to 11% smaller as compared to males.

Women were also told to not wear short skirts or flaunt their bodies as “sexuality scrambles the mind.”

It did not stop there with the seminar also giving a very bizarre and derogatory comparison of women and men’s brains to breakfast food. According to Jane they were told that,

“Women’s brains absorb information like pancakes soak up syrup so it’s hard for them to focus. Men’s brains are more like waffles. They’re better able to focus because the information collects in each little waffle square.”

The whole seminar seemed to be just filled with really insulting things that the female staff must fix about themselves if they wanted to be taken seriously in the workplace.

Apparently if women want men to focus on their work they shouldn’t show any skin because doing so could make men lose focus “because of sex.” Jane stated that this made her “feel like a piece of meat.”

Apart from all this there was also this long list of masculine and feminine traits that the women had to fill up. And according to Jane they would be penalised if they tried to show the masculine traits or didn’t follow the feminine ones. 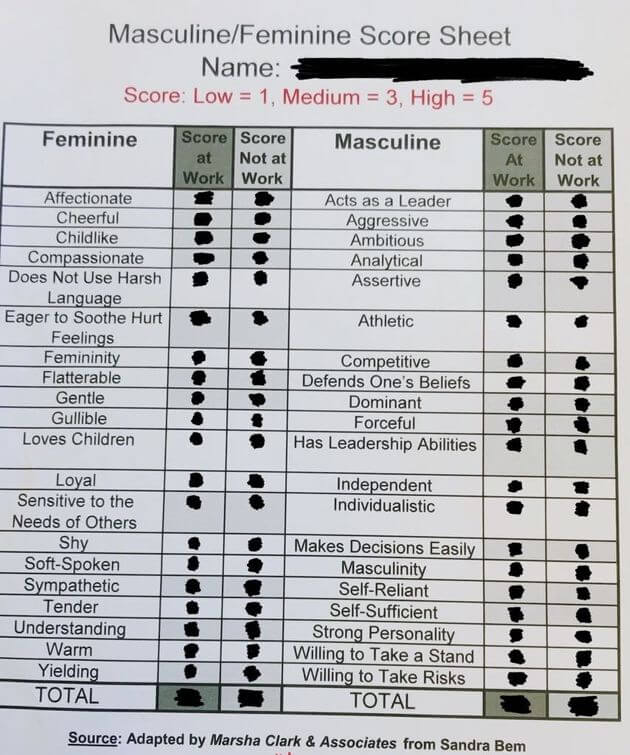 What Has EY Said To This?

According to sources, EY has denied any wrongdoing and stated that the training course was under review for quite some time with the course “no longer offered in its current form.”

As per the statement issued by EY to HuffPost, the course was created by a third party and these isolated incidents were being taken out of context.

However, things don’t really look all that good for EY considering the things that are coming out of the report.

One part of the seminar also talked about how women “often ramble and miss the point” in meetings and don’t speak for too long. As compared to men who “speak at length ― because he really believes in his idea.”

It also touched on how women “wait their turn (that never comes) and raise their hands,” instead of interrupting effectively like a man does.

This whole reveal has been a shock to me considering the stature of the company in question and that too in their US headquarters.

Something like this has always baffled me as to why companies till date try to train their female staff instead of focusing on their male workers. It can be seen that a majority of the accused are men, so shouldn’t men be receiving training on how to behave in a workplace?