As a certain reputed author and visionary had once exclaimed;

“Loyalty to country ALWAYS. Loyalty to government, when it deserves it.”

They had forgotten that there may come a time when democracies would turn into mere farcical shows and the democratically elected government, the end all and be all of the nation-states.

There exist many countries that thrive upon the idea of a faux democratic republic with elections that only have a single candidate (looking at you, North Korea) while others only serve the individuals in power. These countries exist in both the developed and developing worlds, where your loyalty to the country is adjudged on the pretext of your loyalty to the government.

With that context in mind, it is only fair to state that India is a country that falls on the latter end of the spectrum. The many dissenting voices that aim to make themselves heard have been put under the scanner for a frighteningly long time.

The effects of the spyware, Pegasus, have encroached upon the entirety of the world and it has left an undeniable mark in India. As the Monsoon session of the Lok Sabha was called for adjournment by the Opposition owing to the Pegasus scandal, it is time to venture into the depths of the situation in its entirety.

What Is The Pegasus Spyware?

The NSO Group, an Israeli company, had devised the Pegasus spyware that they sold to numerous governments to enable them to spy upon ‘persons of interest.’ The spyware seeps itself and hacks into both Android and iOS phones, no matter their version.

The newest privacy protection software on either of the Operating Systems has been deemed ineffective against the said software. The research concluded that ten countries had actively employed the use of the spyware, namely, Azerbaijan, Bahrain, Hungary, India, Kazakhstan, Mexico, Morocco, Rwanda, Saudi Arabia and the United Arab Emirates. 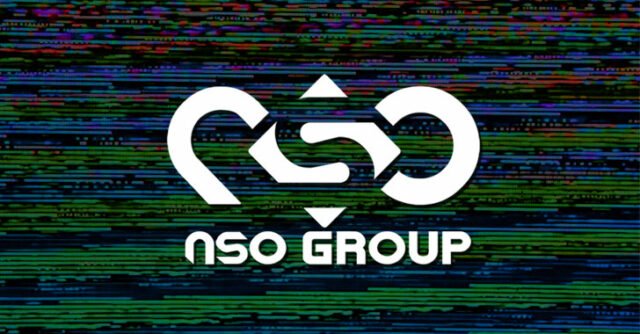 The report compiled by Amnesty International and a French media nonprofit, Forbidden Stories, also included the method with which the spyware would spy on the individual.

The Pegasus spyware can be installed into a phone without the knowledge of the user through any stray link that one gets on their social media or even as an SMS.

After being installed into the said person’s mobile phone, it can track each and every ounce of their online interaction and/or activity. As they say, in a connected world, the only privacy that exists is the one that limits itself to books of law and order.

Also Read: Phones Of Indian Politicians And Journalists Hacked, The ‘Pegasus Project’ Proves That Privacy Is A Myth

Right To Privacy: A Farce For Journalists And A Commodity For The Government

The nonchalant usage of a foreign spyware corporation to spy upon their own country’s citizens is so low that it cannot and should not be surpassed anytime soon. The fact that the government employed the services of the NSO group so nonchalantly should provide one with retrospection towards how the government views dissent and ‘andolan jeevis’.

The report that had transpired from the research done by Amnesty International and Forbidden Stories has revealed that numerous Opposition ministers, 3 Cabinet ministers, 40 senior journalists and numerous activists had been placed under surveillance by the government.

It only brings to light how horrendous the entire situation really is. The fact that the journalists that have been kept under the scanner had projected their distinct distaste for the government and its repressive policies. The use of surveillance to spy upon journalists or activists, at this point, does not exactly come as a surprise to anyone.

The government has used a variety of repressive measures to tackle any and all forms of dissent. The utter violation and mockery of the Right to Privacy and the nonchalant violation of a fundamental human right should provide one with an abject view into how the government thinks.

During the course of the Modi administration, India slipped down to a new low on the World Press Freedom Index with a rank of 142, the lowest secured by the country. It should also come as no surprise that prior to the ranking of the nation, India had recorded a humongous 67 arrests of journalists in 2020 itself.

Since most of them were booked under the UAPA, they were put into custody for an indefinite period of time without any form of hearing.

Unfortunately, owing to the misuse of the UAPA, many have died in custody, the most recent being the death of Stan Swamy, an 80-year-old activist with Parkinson’s, who was put into custody on charges of UAPA.

According to the Pegasus report formulated by Amnesty International, the surveillance that had begun in 2019 had put numerous major journalists under extensive surveil. Senior journalists hailing from ‘defiant’ news organizations such as The Hindu, Hindustan Times, The Wire, The Indian Express and numerous such other organizations have found themselves under the radar.

The violation of the Right to Privacy has well and truly been brought to light, and it is anyone’s guess that the incumbent government will try to sweep it under the rug. The government needs to appear in court, and the people should hold them accountable.

The many journalists who laid down their lives and the many who were subject to round-the clock-surveillance from the fascist regime deserve justice.

No form of human rights violation should ever be tolerated. At this point, it would not surprise anyone if the government went forward and scratched out the provision of Privacy as a personal right.

No matter what happens, the one thing that one should always remember is that the government exists to serve the people and not the other way around. If the government goes against the constitution, they should suffer the wrath of the UAPA just like the journalists did, unprovoked.

FlippED: What Is More Important? National Security Or Privacy