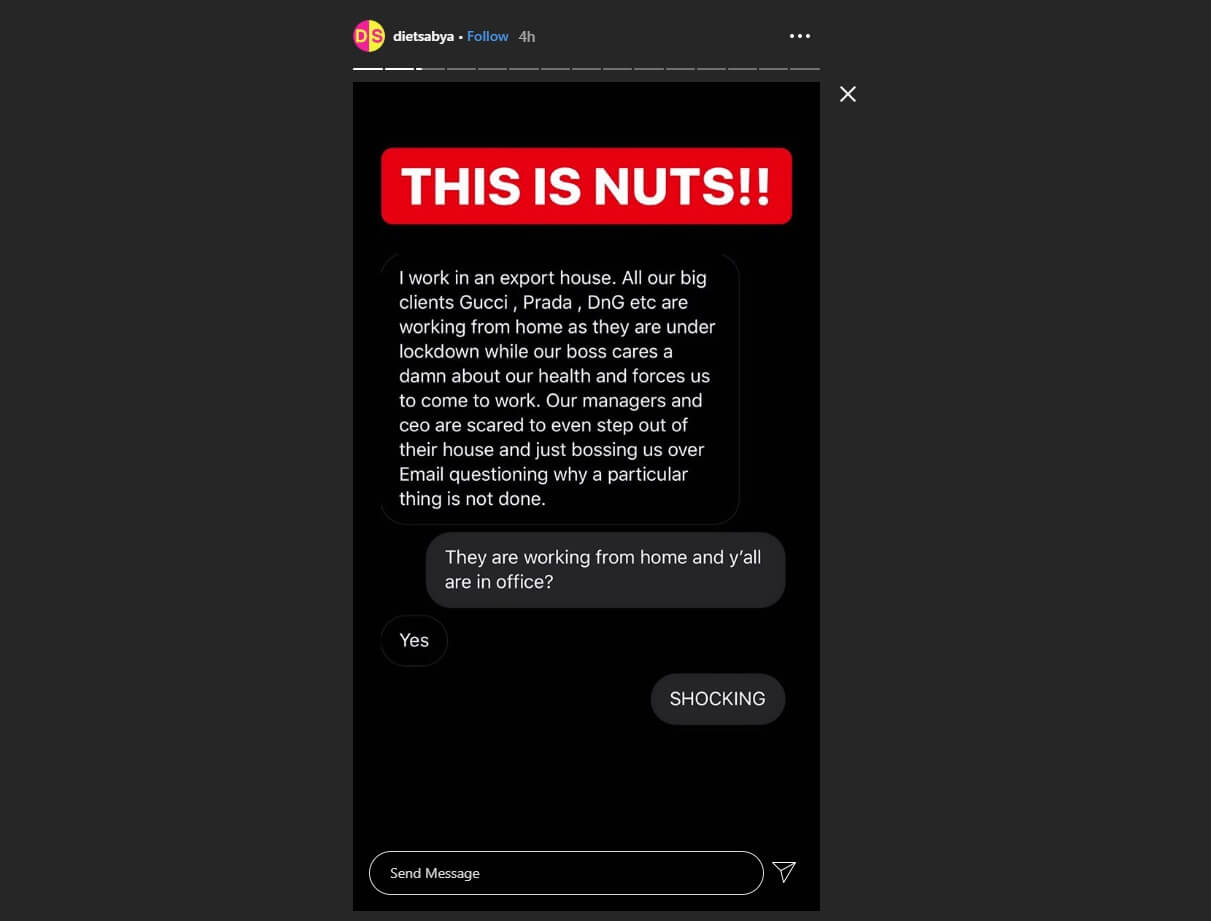 The coronavirus might not be very deadly in nature, but it is very contagious, which is what has led to the shutting down of places where large gatherings take place.

Schools, colleges, cinema halls, malls, big shops apart from departmental stores have all shut down already. Now offices are also choosing to have their employees work from home, instead of taking the risk of having them all come to office and infect themselves or someone.

People are constantly sharing videos and photos of how they are working from home, but it seems not every boss is being that sensible or compassionate. To them making money is more important than the safety of their employees or even doing their part in ensuring the containment of this disease as much as possible.

The known Instagram account ‘Diet Sabya’ that is often seen to be exposing bad copies made by Indian designers recently asked on their Insta stories if everyone was working from home, and if they were not then what was the reason for it. 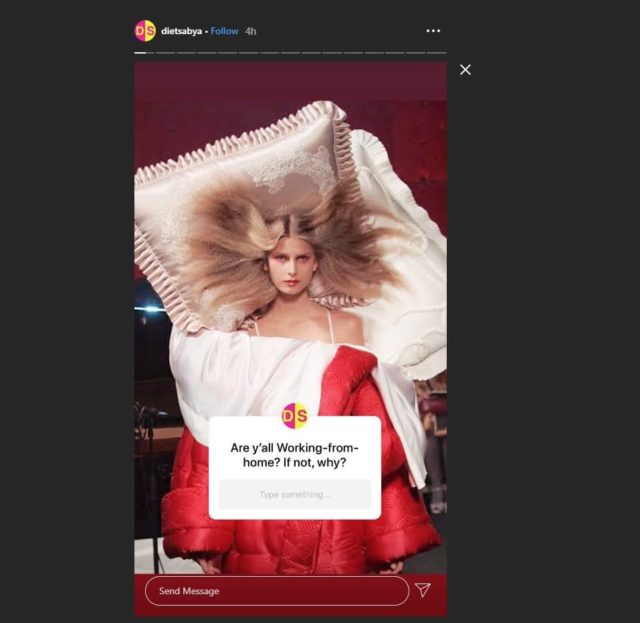 They then got a response from a doctor who asked people to stay at home and do their part to contain the spread of the disease. 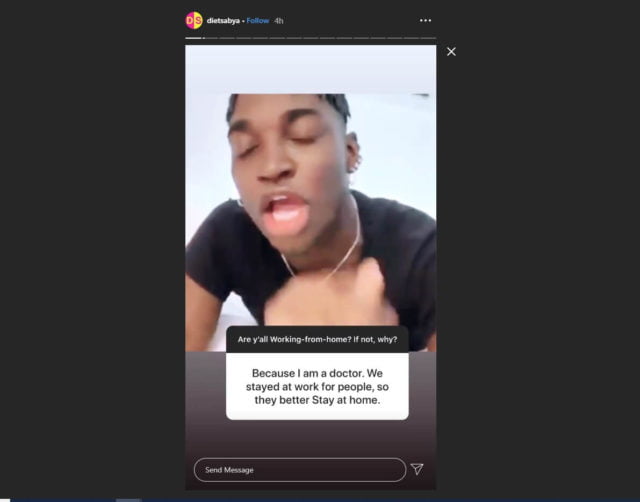 After this is when things took a turn for the worse when people started to expose how their employers were still making them come to office and work.

This one talked about how while the senior people were taking work from home, the ones working under them are expected to come to office. 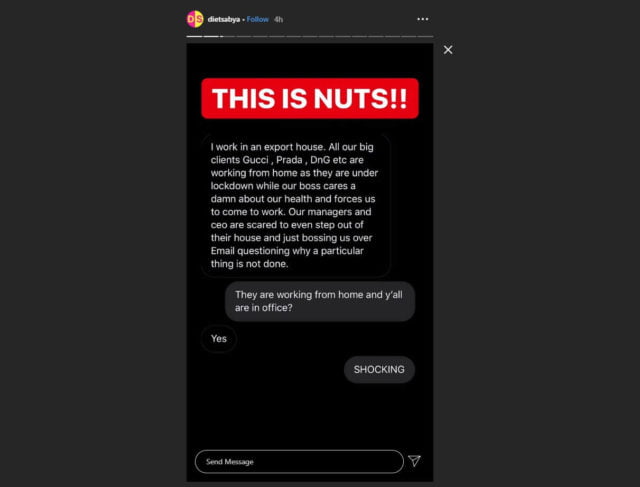 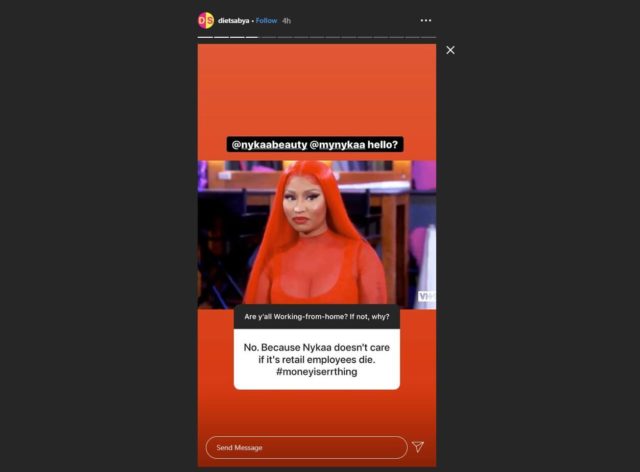 This one exposed how their company was delaying the process of getting their employees to work from home. 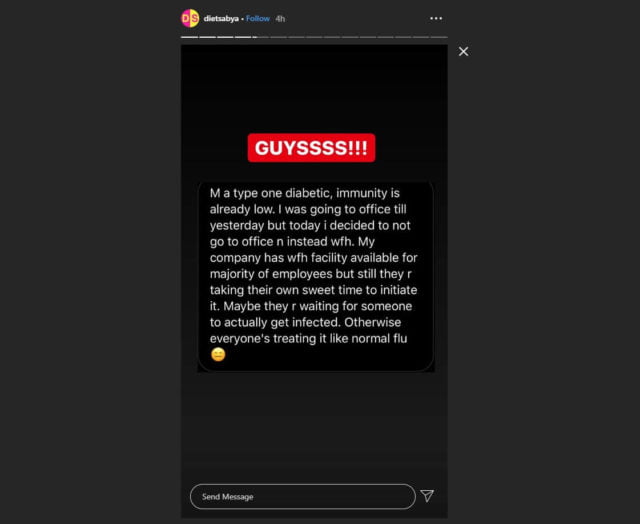 This post actually exposes international furniture brand IKEA’s Mumbai branch that is not only making people work from site but also downplaying the scare of the disease. 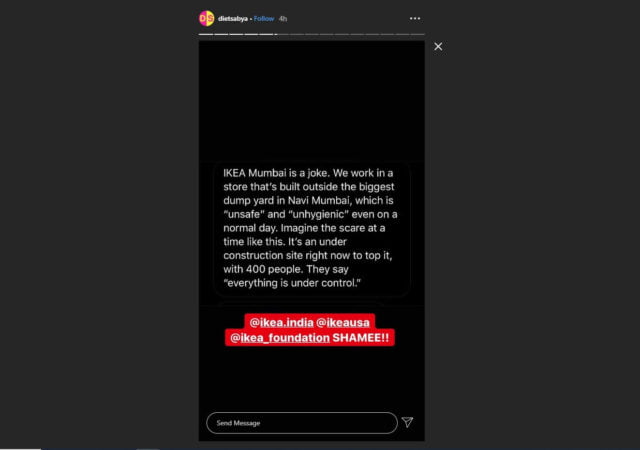 In this post, a Jack and Jones employee revealed how although the brand had closed its outlets in malls, simply because the malls themselves are shut, it was still keeping its stand alone store open. 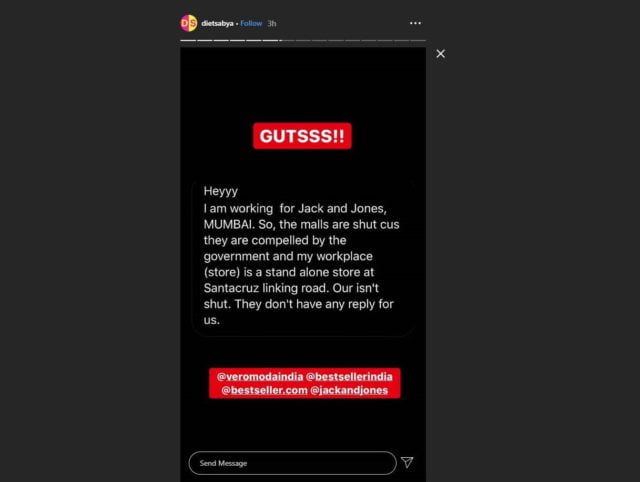 This person’s boss apparently thinks that COVID-19 is an imaginary issue that is not real. Me thinks he should be get in touch with Trump who also thought the same. 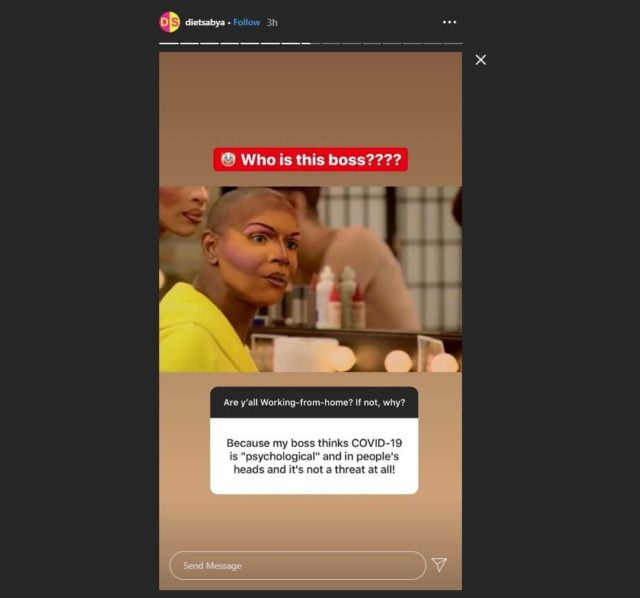 Read More: Look Into The Life Of Women On The Front Line Of COVID-19

This one was heartbreaking to read as an employee had to risk their health and life for the company to come to this senses and have their employees from home. 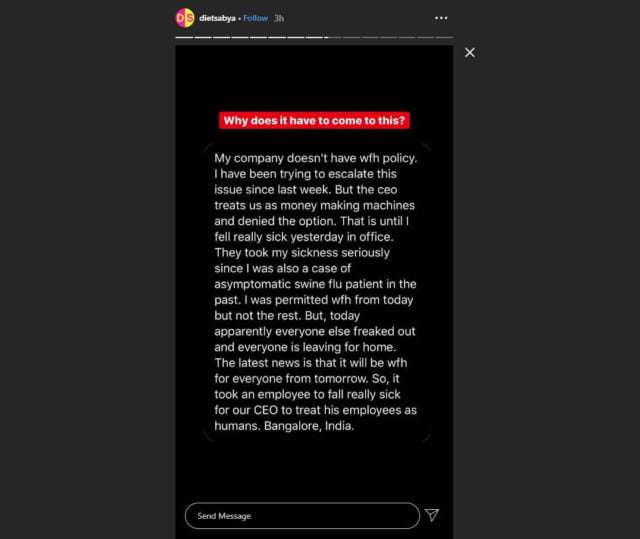 Apparently Reliance Brands is not ready to accept all the money they will lose due to malls being shut. Instead they want their employees to go to great lengths, putting themselves at risk just for a few bucks. 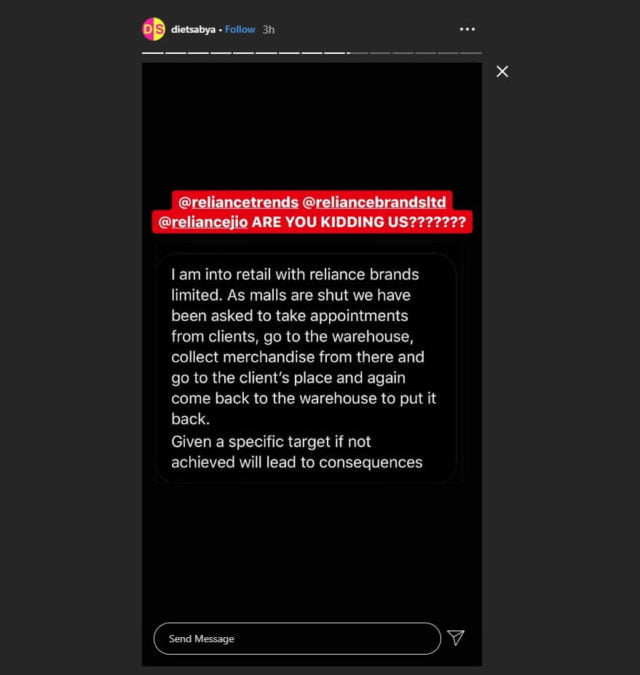 Palladium Mall in Mumbai is still open as per this post, going against government notice. 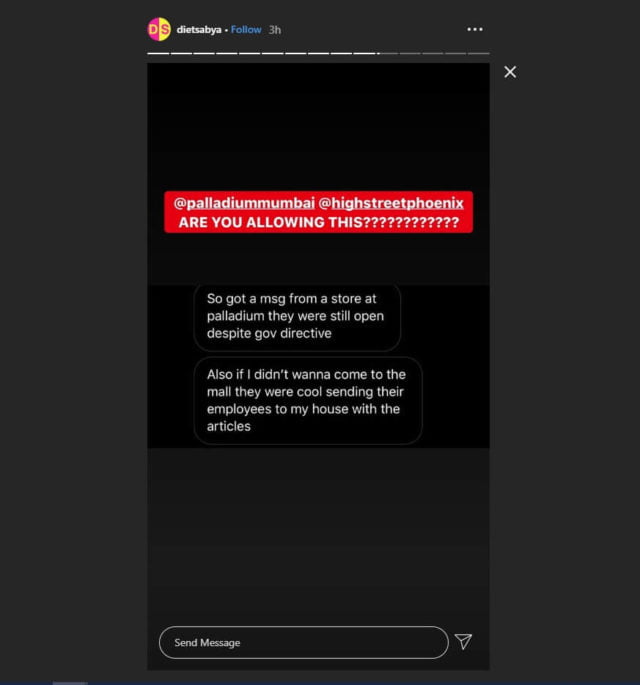 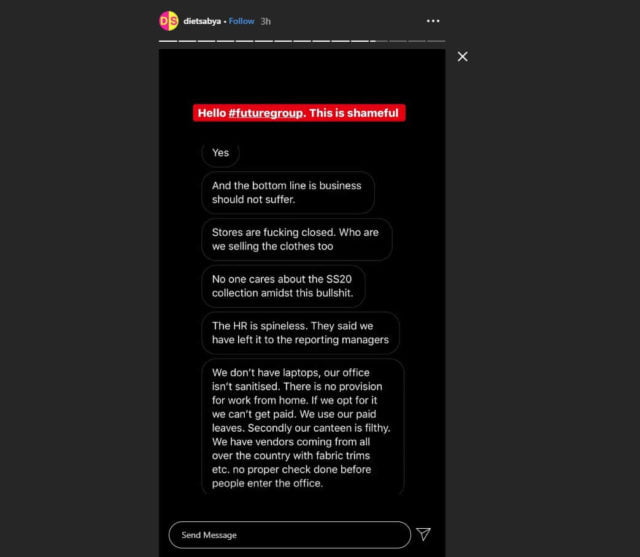 This post actually talked about how not only should people not shop online but online stores themselves should not try and incite people by offering heavy discounts and sales right now. Because the people who will have to work in warehouses and doing the delivery will not be able to keep themselves safe. 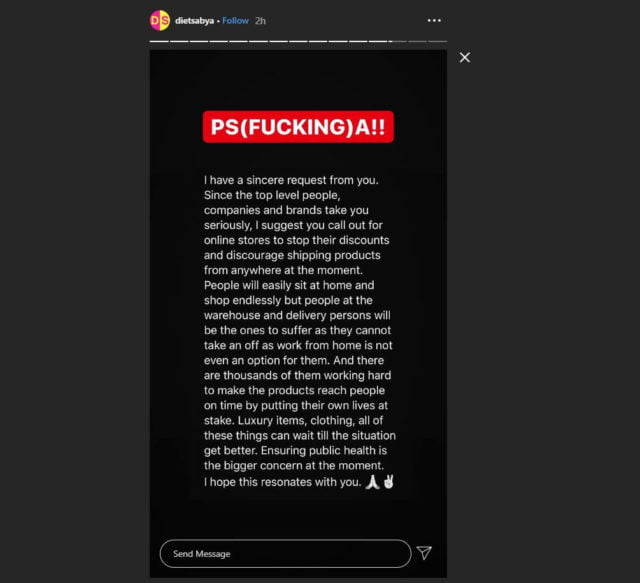 This post called out Jack and Jones stores for not closing their Linkin Road store. 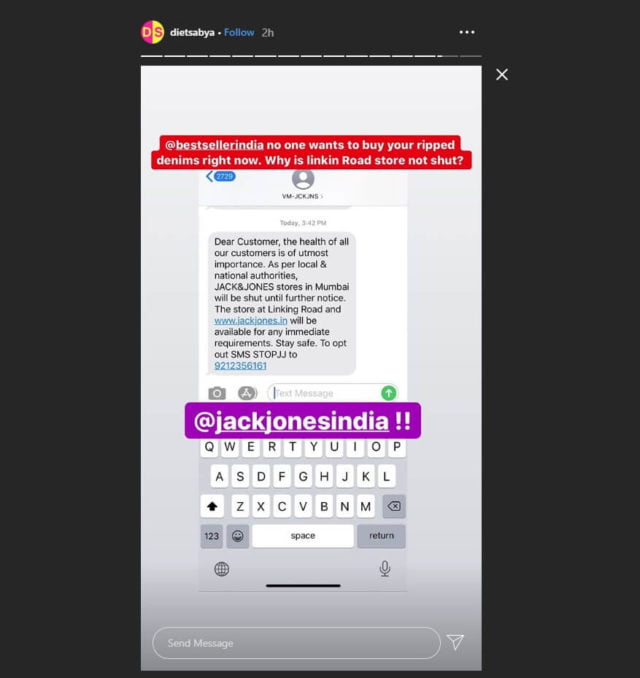 A SHEIN India employee also called out their company for not following the example of their China counterpart and closing the offices for the time being. 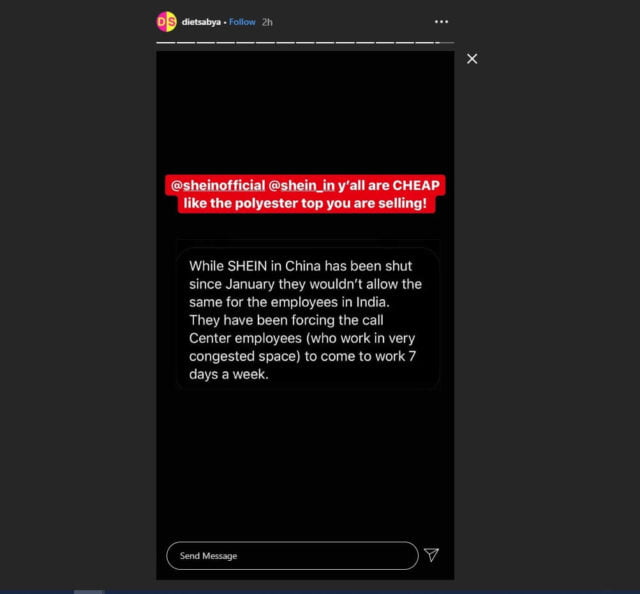 This certainly shows the capitalist world we seem to be living in and how even in such a time of crisis when governments and medical professionals around the world are actively asking people to limit their time outside as much as possible, all that these companies are worried about is their profit.