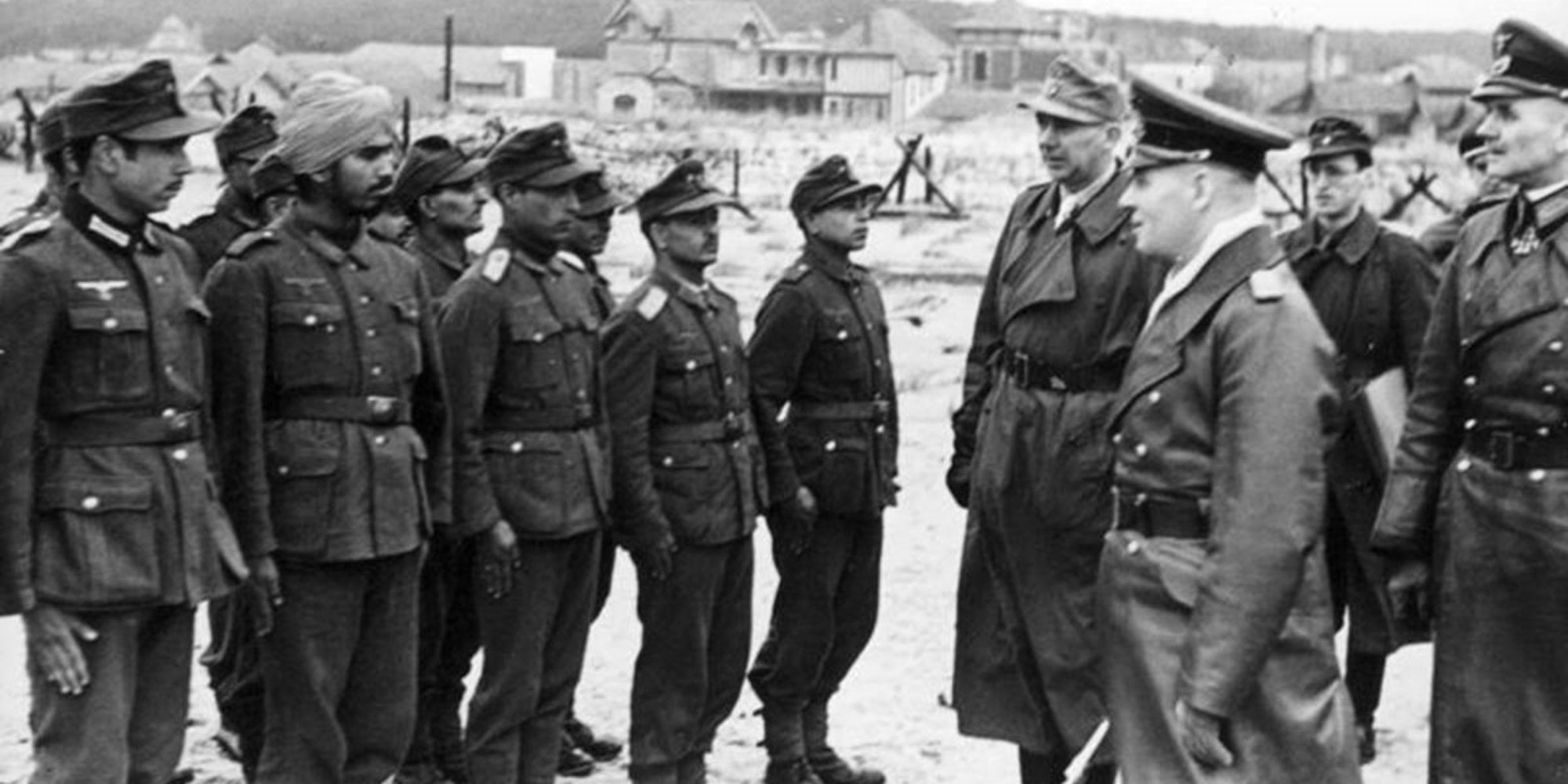 While Gandhi and Nehru adopted nonviolence, Subhash Chandra Bose was an aggressive nationalist supporting the taking up of arms in order to liberate India from the colonial rule.

Although Bose had been arrested 11 times by the British in India, he fled the Raj to seek help from Adolf Hitler in pushing the British outside India. Bose’s mission was to recruit Indian students in Germany along with the Indian POWs in German camps as a liberation force to rock the British Raj in India.

How was Hitler’s Indian Army formed?

Bose arrived in Berlin where he set up the “Free India Centre” with the help of the German foreign ministry, thereby publishing leaflets and broadcasting speeches in support of his cause.

Hitler’s regime recognized Bose’s provisional “Free India Government” in exile, deciding to help him raise the “Free India Legion”  that would fight for the independence of India.

During World War 2, German POWs had around tens of thousands of Indian soldiers captured by Rommel in North Africa.

Bose hoped to raise a force of these men who would be trained in Germany and parachuted back to India as a military invasion.

You Can Also Read: Savitri Devi: The Indian Neo Nazi Who Thought Hitler Was A Vishnu Avatar Born To End The Kaliyug

Bose’s recruitment drive was in full swing with dozens of Indian POWs swearing oaths of allegiance to Hitler in the fight for India.

These were the words of the oaths of the legion’s soldiers put to its original purpose, “I swear by God this holy oath that I will obey the leader of the German race and state, Adolf Hitler, as the commander of the German armed forces in the fight for India, whose leader is Subhash Chandra Bose.”

Did the “Free India Legion” ever succeed in its mission?

None of the legion soldiers reached India as most of them were busy fighting British and Polish troops in Italy while undertaking anti-partisan troops.

After about 3000 Indian POWs signed up,  Bose was devastated when Hitler seemed interested in using his men for propaganda victories across the Soviet Union than military ones.

The retreating German army was in no position to offer help to Bose as an aftermath of the Battle of Stalingrad.

With all his hopes dashed to the ground, Bose turned his back on his army by fleeing to Japan secretly aboard a submarine in February 1943.

Following the surrender of the Nazi army in 1945, the remaining men of the Free India Legion were captured by the French and the American troops as they marched towards neutral Switzerland.

They were eventually shipped back to India where they faced charges of treason.

Due to the persistent uproar over the trials implicating them in treason, charges against the Free Legion Army were dropped and all were released.

Back In Time: Dictator Adolf Hitler Commits Suicide, Marking An End To The Nazi Era In Germany

In Pics: Afghanistan Traditional Dresses That Afghan Women Want To Use To Protest Against The Taliban