Home ED Originals Back In Time Back In Time: Dictator Adolf Hitler Commits Suicide, Marking An End To... 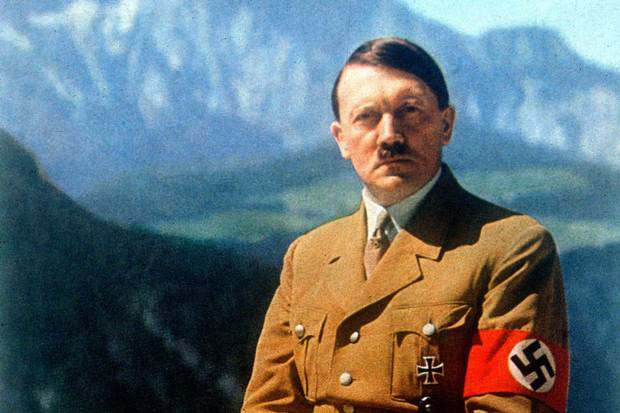 He died by swallowing a cyanide capsule and shooting himself with his service pistol in the head.

This comes after Hitler withdrew himself in January 1945 owing to the increasing Soviet influence in Berlin. Despite his withdrawal, he continued to give directions and orders and before his death, he made a final will and testament where he entrusted Admiral Karl Donitz with the post of the head of state and named Joseph Goebbels as the chancellor.

Just two days before committing suicide, Hitler married his lover and longtime mistress Eva Braun in a small ceremony and Braun along with their dogs was also found dead in the bunker. They also consumed poison.

The Soviet occupation compelled the German troops to cremate the bodies of Braun and Hitler hastily. Soviet troops made sure that ashes of Hitler don’t reach his devotees and no memorial of Hitler is made.

Read Also: Back In Time: 75 Years Ago, The Father Of Indian Cinema Dadasaheb Phalke Passed Away

Adolf Hitler, born in Braunau am Inn, Austria on 20th April 1889 was a German leader who ruled the territory of Germany from 1934 till his death. He was a dictator who was infamous for his hatred against Jews and non-Aryans.

Hitler, born to Alois Hitler and Klara Polzl, clashed frequently with his father. His father was emotionally abusive and always disapproved of his interest in painting and arts, which was one of the biggest reasons behind his rifts with his father.

He became a part of World War-I as a soldier and was furious about the German surrender and the Treaty of Versailles. He, later on, emerged as a nationalist leader, who propagated the rigorous nationalistic and anti-Marxist ideology.

After the Great Depression in Germany, Hitler gained public support and rose to power, but soon established himself as a dictator. Under his leadership, Germany participated in World War-II.

He was in favour of pure-Aryan race and emphasized on social exclusion and boycott of Jews. In furtherance of the same ideology, Hitler undertook genocide during World War-II where about 6 million European Jews, amounting to 2/3rd of the Jewish population in Europe were killed.

Jews were killed by mass shooting and deporting them to ghettos under the extremist policy called the “Final Solution to Jewish Question”, while some were sent to extermination camps having gas chambers and vans, where they were killed on a large scale.

Hitler, without any doubt, was the pioneer of the Nazi ideology and his death marks the end of an era in the history of Germany.