The July 2018 Lok Sabha session was one of the most memorable one because of the abrupt and bizarre event that happened when Rahul Gandhi walked up mid-session and hugged PM Modi.

The Congress President had just given almost an hour of speech where he talked about all the failings of the the ruling BJP party along with mentioning the Rafale deal.

However, he wasn’t totally done yet, when out of the blue, he suddenly walked up to where PM Modi was sitting in the Treasury benches.

After doing that, he stated, “You may hate me. You have anger against me. For you, I may be a Pappu; you can abuse me but I have no anger, no hatred against you. I am Congress and they are all Congress. It is with this feeling that the Congress has built the nation.”

With this comment he wrapped up the speech and then passed The Wink to the Congress parliamentarian Jyotiraditya Scindia, who was sitting next to him.

In a new report though, Lok Sabha speaker, Sumitra Mahajan has revealed her actual reaction to when this happened. 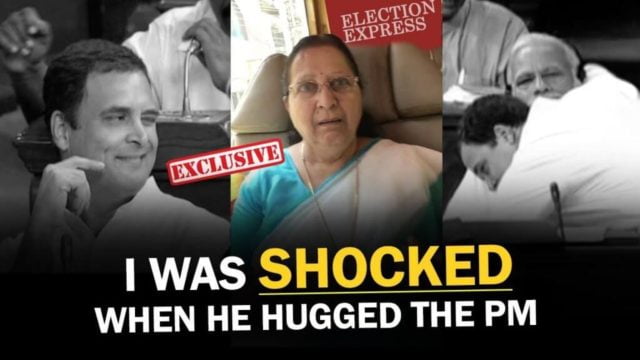 What Was Her Reaction?

Even at the time this whole thing was happening, she condemned it and requested that Gandhi understand that the session has certain decorum and discipline that needs to be maintained.

But now, in an interview, Mahajan has explained her actual reaction to the hug while she was conducting the House.

In the interview she said that, “Paanch second ke liye main aawaak ho gayi thi (For five seconds I was shocked).”

She also explained she was flummoxed of how she was going to proceed from here, when she said that, “I didn’t know what was happening. What do I say to this? How should I control the House? Really, I was unable to understand.”

She also stated how The Wink that Gandhi passed to his colleague after returning to his seat made her angry.

She said, “But when he returned to his seat, started speaking again and winked, I was very angry. I said this is not proper. Actually, the hugging was not proper either. But this was a step too much.”

Furthermore she also revealed how difficult it was to control the House after the hug since both the sides kept talking about it.

According to her, “I thought this is very bad. Why is this being discussed? This is not a matter worthy of a discussion in the House. We must stop it. And then I asked the members to stop referring to the incident.” 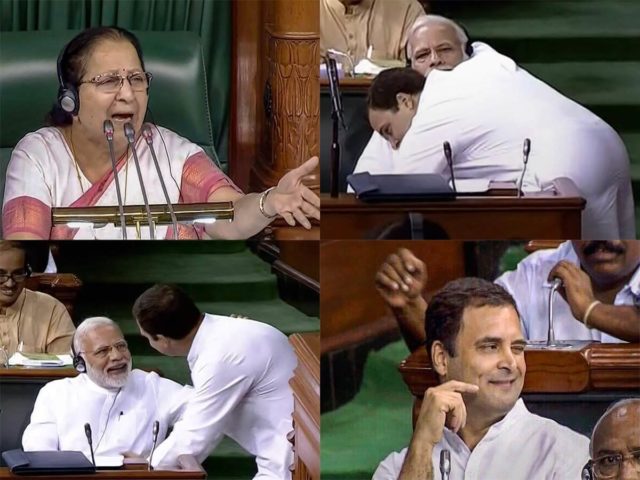 Other Reactions From Politicians

While memes and jokes were spread abound with various hashtags trending in relation to this, politicians too had something to say on this matter. 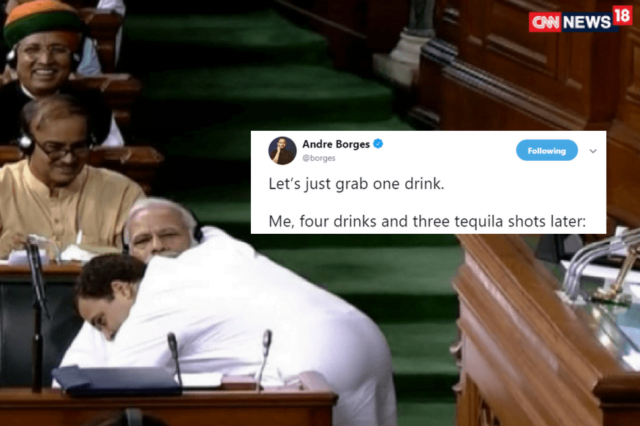 Sanjay Raut Shiv Sena MP had said that, “I think Rahul Gandhijihas joined the real school of politics. The way he gave a magical hug to PM Modi, it wasn’t a hug but a jolt.”

Telangana Rashtra Samithi MP Kalvakuntla Kavitha had commented, “Everybody felt it was very silly move and that is why our party president responded to it.”

While BJP MP Kirron Kher had mocked the entire incident and said how the Congress chief should head to Bollywood after this.