Novak Djokovic was denied entry to Australia despite having the necessary documents. He had a medical exemption from Australia’s compulsory vaccine mandate for international visitors. He had permission from Tennis Australia.

Can Prime Minister Scott Morrison’s strict border enforcement through a popular figure be a tactic to gain voters’ support rather than concern for public health?

In 2013-14, Morrison was the immigration minister of Australia who led the campaign called “Operation Sovereign Borders”. It took a zero-tolerance approach to any refugee who wanted to reach the shore of Australia by boat. Human rights activists called this approach barbaric as many asylum seekers were deported and detained. 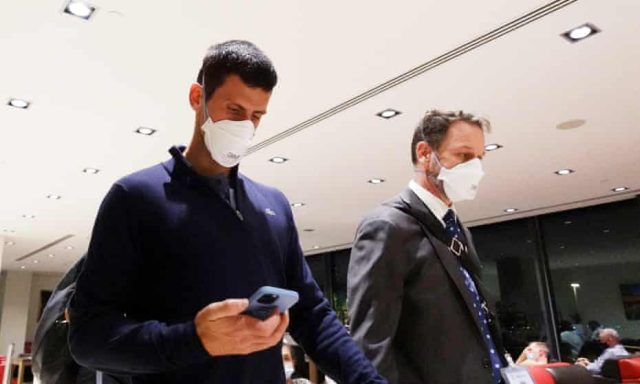 When the court had decided in Djokovic’s favour, the Morrison government was trying to shift responsibilities. Why was it not decided before the Open that vaccination mandates be followed on the federal or state level?

For the upcoming Australian elections, Scott Morrison needs a strong campaigning front which has been missing. Even at the last sitting of parliament in 2021, there was infighting within his coalition.

There was a national conflict when debate sprang up about the controversial Religious Discrimination Bill and mandatory vaccination rules at the same time. Senator George Christensen even sanctioned civil disobedience against the vaccination mandate.

The Novak Djokovic affair seems to create a nationalistic sensibility amongst the public, that everyone is equal before the law.

Morrison said in a tweet, “Mr Djokovic’s visa has been cancelled. Rules are rules, especially when it comes to our borders. No one is above these rules. Our strong border policies have been critical to Australia having one of the lowest death rates in the world from COVID, we are continuing to be vigilant.”

Also Read: With Novak Djokovic’s Visa Cancelled Is He Now Going To Get Deported? 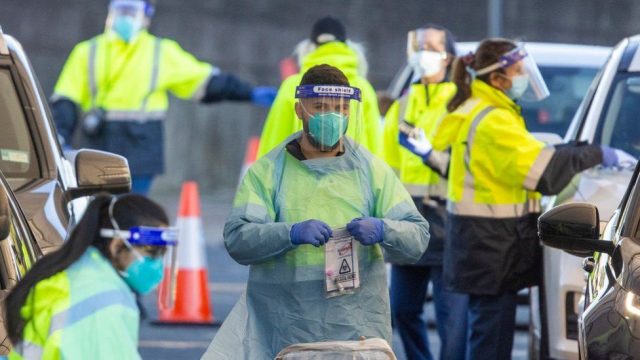 Australia had one of the strict border policies. It was relaxed only when 80% of vaccination rates were obtained by the states. Despite the strict policies, there has been mismanagement.

International borders of Australia were shut down for a longer time when the pandemic started in March 2020. It stranded thousands of Aussies outside their homeland. States started their border policies without a unified structure which created pandemonium. Morrison shifted the responsibility to the state government.

A few weeks before, the most populous state of Australia, New South Wales, stopped pandemic protection measures, mask mandates and even contact tracing. The policies have failed, Omicron cases have been rising indefinitely.

As cases rose, public testing centres shut down to meet backlogs. The rapid antigen tests provided by Australian based test manufacturers to the rest of the world had excessive prices in the domestic market. Test Kits are present at fewer numbers while the supply of booster vaccines was not ordered in time.

The health system and organizational structures strained due to the higher positivity rate. Australia, the nation which once was safer from the high blow of the Coronavirus pandemic, now has very high infection rates. Thus again, Australia has shifted back to its strict border entry rules. Novak Djokovic headlines strike as a definitive feat against the continuous mismanagement.

Australians are strict followers of mandates, be it elections or vaccinations. For two long years, they have been under heavy restrictions. The intrusion of an outsider, not following rules is a violation of public health concerns.

The Serbian national player Novak Djokovic cannot simply refuse to “be forced by someone to take a vaccine” and win Grand Slams in Australia. Ninety percent of Australians are fully vaccinated.

Most are supporting the government’s decision on banning his entry. The Australian public sentiment aroused. How can Djokovic not bear the brunt of consequences when other fellow athletes have followed the rules?

While many voters’ trust has been tactfully gained by the ruling government before the upcoming elections, the controversy remains about irresponsibility and mismanagement. Novak Djokovic has announced that he will talk about the issue to the public in 7-10 days. Do you think the whole saga is a controversy or conspiracy?