When it comes to cartoons and complaints, more often than not it is a case of complaints being registered against the cartoonist for drawing something that a particular group found offensive.

It can range from a number of things, including religion, caste, gender, racism, misogyny, and so many more. Sometimes the reasons for the complaints are valid, sometimes they are quite on the absurd side meant more to control free speech.

However, in a twist of events, this time a cartoonist himself registered a complaint against threats he was getting after posting the caricature of a particular Hindutva leader.

On 3rd November, cartoonist Gaurav Sarjerao Yadav, who currently works at Marmik, a Marathi periodical, posted a cartoon image of hiv Pratishthan leader Sambhaji Bhide with the caption “For the last hundreds of years, the Manuwadi germs in some people’s brains have not stopped squirming. Such people keep interfering with other people’s lives in the name of religion. Such thoughts should always be condemned and uprooted.” 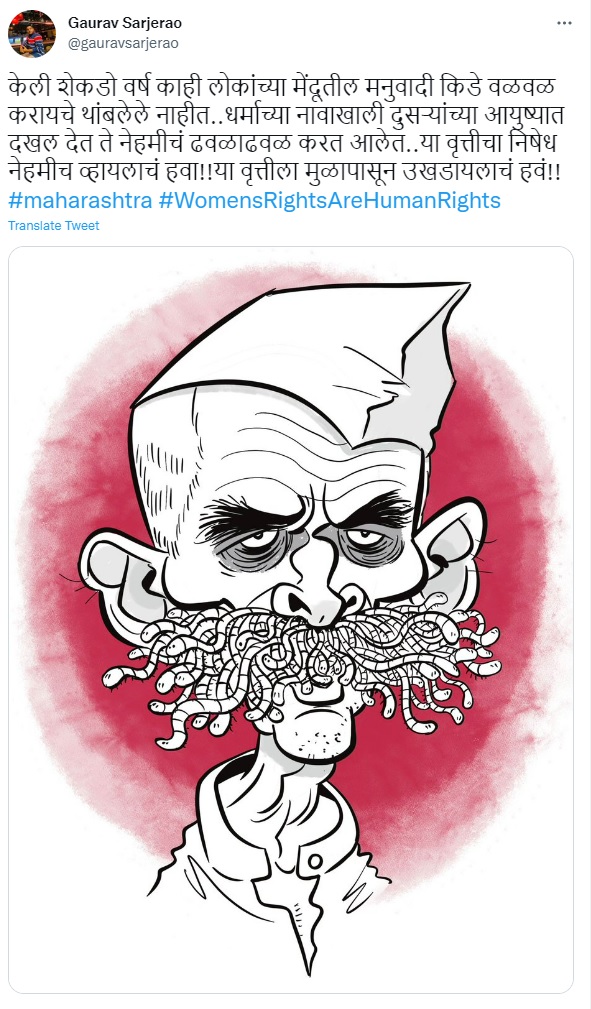 It is assumed that Sarjerao posted the caricature after the incident of Bhide refusing to speak to a female journalist just because she was not wearing a ‘bindi’ came out. Bhide’s actions at the time were called out as being regressive and the cartoon of a man with his likeness but having thick worms as moustache instead of hair was posted.

However now, Sarjerao has filed a complaint with the Byculla police after he received threats and hate online from the followers of the right wing leader. 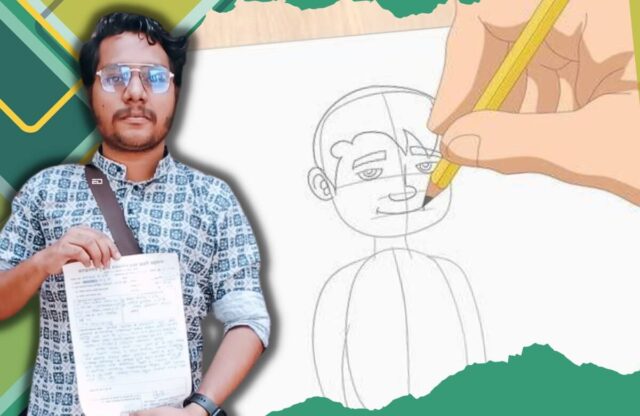 While speaking to Hindustan Times he said, “I had not named Bhide or anyone else when I published the caricature. Over the last week, I saw several posts on Instagram where people were being urged to report my account as well as to send me messages. When I checked the profiles which were putting up these posts, some of them were boys as young as 15 and 16 years old. Soon, I started receiving threats in my Direct Messages (DMs).”

Respecting the art of filmmaking and telling stories with passion is important – Vedant...

Reviews Brand Voice - December 2, 2022
Vedant Chavan Mumbai (Maharashtra) , December 2: The power and craftsmanship of cinematographers are so ingrained in cinematic history that most of our film nostalgia...