Can We Stop Glorifying Depression Already?

The Internet needs to stop painting a falsely rosy picture of depression before it gets too late. Here is how you might do your part.

There. I said it.

Now, before you start judging, please spare a few minutes to go through the rest of what I have to say.

Every 40 seconds a life is lost through suicide, according to WHO data.

There is a certain section of people who actually glorify the concept of depression. Some days back I came across this article on Thought Catalog which conveyed the message: depressed people are the best people to date.

Are you kidding me?

What exactly was the author trying to prove? Hello, let’s all be depressed so that we can have perfect dating partners! No, thanks. Everywhere we look, we find the internet flooded with nihilistic memes. Memes which get shared a thousand times over. It’s like being depressed and having suicidal thoughts is the new age ‘cool thing’.

These days, so many people seem to be loving the idea of having depression that the prototype answer that one gets on asking, “how are you?” has become, “ I’m so depressed and there is no meaning to my life.”

In other words, being depressed has become more of a priviledge than a disease.

And that can be very harmful for people who are actually suffering from chronic, clinical depression. There is no simpler or prettier way of putting it:  depression is ugly.

Depressed people live terrible lives. They are hammered by a constant sense of helplessness, hopelessness and worthlessness. Something which medical science calls the Beck’s triad.

People who suffer from pathological depression need all the help they can get. It is of the utmost importance that they come out, talk, and identify themselves with the general population. It is nothing but foolishness to glorify something so devastating to the point of making it a FAD. Any disease of the mind or body is not to be joked about.

In behaving so immaturely, you are preventing the real sufferers from coming out and speaking up.

Recently, it has also become something of a sort of millennial fashion to self prescribe Selective Serotonin Reuptake Inhibitors(SSRIs).  Ever since Parineeti Chopra was seen to be taking SSRIs in Hasee Toh Phasee, I have come across people prescribing SSRIs to each other when someone is ‘feeling low’.

SSRIs are not the kind of drugs you fool around with. They are potentially lethal preparations which have the power to kill you when used injudiciously. So, the next time the Internet prescribes you treatment for your self diagnosed depression, be careful before trying them. India has the largest number of young adults (aged between 15-29 years) suffering from depression in the world. Let this grim statistic be a reminder to all of us to be extremely cautious.

Depression is a silent killer and it is essential that depressed people come up and talk. For that to happen, we all need to stop glorifying depression by painting a pseudo-rosy picture of it.

If you are suffering from depression, my heart goes out to you. Always remember that someone, somewhere is waiting to pick you up when you fall, brush away the dust and place you back on track.

Your life is priceless and a mere disease cannot dictate the terms. There is nothing shameful about having depression. I entreat everybody to come forward and battle this evil with compassion and empathy.

There can be no greater treatment for depression than talking.

Facebook
Twitter
Pinterest
WhatsApp
Previous articleWho Will Save The Congress Party: Priyanka Or Shashi Tharoor
Next articleHow Do Doctors Survive Through All The Blood And Gore & Yet Be So Calm About It? 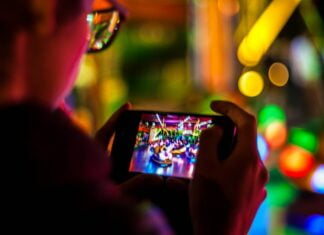