BTS, the South Korean band is each day rising to new heights of success and fame in the musical industry.

The name standing as an acronym for Bangtan Sonyeondan or Beyond The Scene has 7 members, RM, Jin, Suga, J-Hope, Jimin, V and Jungkook.

The group is supposedly on a break and their only scheduled activity was the Lotte Dutty Free Family Concert that was held today.

But in the mean time the members have been posting unique and interesting collaborations such as the ‘Old Town Road’ remix that Lil Nas X released recently featuring the band’s leader RM (Kim Namjoon).

And now another member V (Kim Taehyung) has released his second solo (first being Scenery) single of the year titled ‘Winter Bear’.

The song is interesting in many ways, with not only it being V’s first all English lyric song but the song’s music video (MV) also being directed by him only.

First listen to the song here:

You can even listen to it on SoundCloud.

What Does The Song Mean?

Just over 3 minutes, the MV shows V roaming around a city with various shots of him travelling in a car, his dog, enjoying food and taking photos.

The whole MV has a very indie aesthetic to it with many frames looking like one of those old time VCR clips that only 90s kids would remember.

The song was written, composed and produced by V and RM of BTS along with Hiss noise, and Adora.

With lyrics like “Imagine your face/Say hello to me/Then all the bad days/They’re nothing to me/With you winter bear,” the song is a guitar-heavy ballad with a very soothing quality to it.

The repetition of certain phrases give it a more poetic feel than a mainstream pop-song.

Winter Bear as a song also puts forward V’s Vante alter-ego who is more of a photographer and artist than just a K-pop singer.

Fans noticed that the name was hidden in the song’s name itself, as seen in the image below.

Also Winter Bear just like V’s earlier Scenery also has shutter sounds made from a camera included in the music of the song.

This notes back to his love of photography and creates a link between both the songs.

The pop-rock ballad with its acoustic guitar and violin create a soothing tone, that paired along with V’s deep and soulful voice and the landscape and architecture centered shots in the MV lend a holistic audio-visual experience.

The lyrics are also interesting to note especially the comparison of blue parrot to the winter bear.

With the first line of the song being “She looks like a blue parrot,” it could be eluding to the now allegedly extinct blue Spix’s macaw, a Brazilian parrot that also inspired the 2011 animated film ‘Rio‘.

The impression of the blue parrot as pointing towards the loss of something coupled with the winter bear that doesn’t entirely leave us but does go into hibernation is interesting to see.

One meaning from this could be that the things we love never really go away though we might not see it all the time.

The line “Sleep like a winter bear” can also mean that one should give themselves enough rest during tough times and come out at the season’s end all refreshed and re-charged to better handle life. 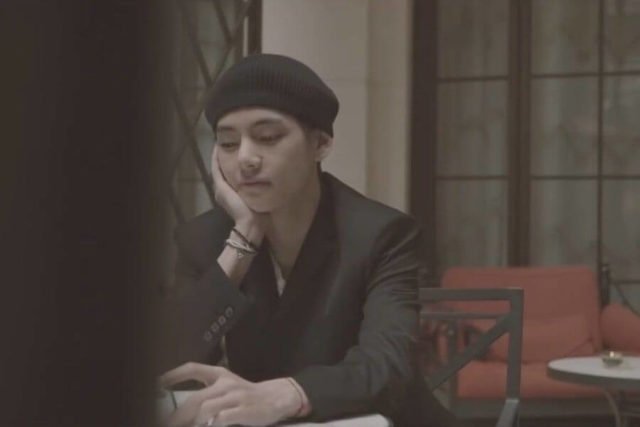 Why Is This Song Important?

The song is furthermore significant if one understands what day it was released.

The fans or ARMYs as they are called were incidentally celebrating 1,000 days since V himself coined the now iconic phrase “I purple you”.

V during 2016’s Muster, a celebration concert with fans created this phrase and explained that, “Do you know what purple means? Purple is the last color of the rainbow. Purple means I will trust and love you for a long time.”

Since then ARMYs have been using purple and purple hearts to show their love, loyalty and commitment towards the band and even each other.

August 9th 2019 actually marked the 1000th day since the term came about, making this song even more important to the fandom.

The music video in just 2 days has already collected over 8 million views.

The reaction to the song was immense: 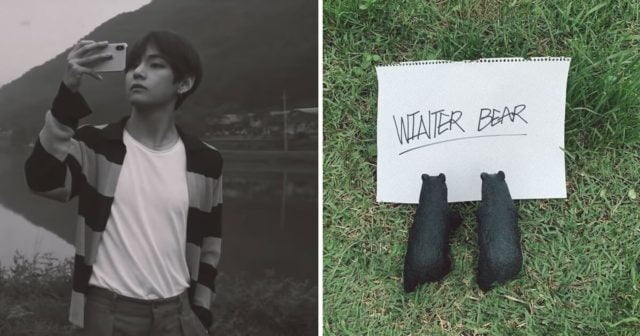 taehyung dropping his first full song in english completely made by himself, showcasing his deep velvety vocals and vocal range along with his beautiful lyricism and directing skills… i can’t stop crying#WinterBear pic.twitter.com/1bCUbXgabX

He dropped winter bear on the 1000th day of I purple you and I'm DEVASTATED but so so proud#WinterBear #IPurpleYou1000 pic.twitter.com/AetEV0lJay

actor tae, director tae, composer tae, vocalist tae, model tae i mean what more can you ask for when a man like kim taehyung exists#WinterBear pic.twitter.com/xaoZ0KcV1R

Let us know what you thought of the song in the comments below.