Home ED Originals Breakfast Babble: F.R.I.E.N.D.S Is Overrated And Here Are My Reasons Why 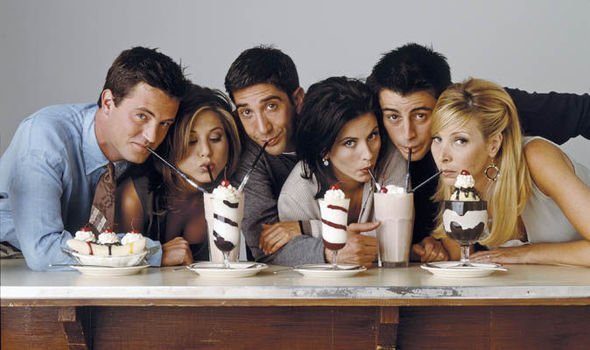 The year is 2004 and the last episode of the “most iconic 90s sitcom” airs. Fast forward 5 years into the future and people are still clapping thrice after the line “So no one told you life is gonna be this way” from the intro track.

Somethings should be left in the past where they belong, like your exes, your old Facebook pics and F.R.I.E.N.D.S. Period.

I have nothing against the show or the devoted fans, but I seriously can’t understand what the hype is about. I have watched the show, not because of peer pressure, but because I genuinely wanted to see the element that attracted so many people around the world.

Most of my friends said it will be amazing. It will be fun they said.

Sadly, it was nothing like that for me. The show is nothing but a mere distraction for me and sometimes when I zone out, the unnecessary laugh track brings me back for good.

Here is all that I find wrong, unsettling and uncomfortable with the show.

Also Read:- What Exactly Makes A Thing A Part Of Popular Culture?

Is it a story of employed adults or a high school drama? The characters are so predictable and poorly drawn.

There won’t be any changes in the show if we had changed the setting from that damn ‘Central Perk’ to a high school cafeteria.

A ditzy weird girl, a misogynistic dumb guy, the nerd, the spoiled rich girl, the once fat now cool and skinny girl and the one who makes immature jokes to compensate for the lack of other things. And let’s not forget the never-ending ‘on and off’ love of Ross and Rachel. Who had bets on it?

Zero. Nada. Zilch. The show might as well be called “Six, Too White F.R.I.E.N.D.S”. There is absolutely no diversity in the show.

They have less than acceptable interaction with anyone other than each other on the show, forget interacting with people of colour.

The representation of the LGBTQ element in the show is also laughable and the fat-shaming and homophobic jokes are overtly done and quite micro-aggressive.

Let’s just say that a girl who is working as a waitress and a guy who is in and out of flop plays can afford to pay the rent of a flat in one of the most expensive areas in Manhattan, the fact that they spend their days sitting in that damn coffee shop instead of going to work, annoys me.

Along with the predictable and dragged plot, F.R.I.E.N.D.S is just a story of six overdone characters, who are so white and heterosexual that it is the only funny thing that the audience doesn’t laugh at.

Reviews Brand Voice - December 6, 2021
December 06: Decoruss is one of the top and reputed interior designing companies in Lucknow UP. It was incorporated in the year 2010, and...

Noori Ali Is an Epitome of Fashion, Fitness & Creativity, Raising the Bars for...

Reviews Brand Voice - December 6, 2021
December 06: In a world that thrives on digital media, fashion has become an instant language for people. It speaks a thousand words without...