Obviously, most of us are unaware of the lesser known gifted men. That was when Banksy came to my notice. Learning about this prodigy I realised that I was doing injustice. Here’s a sneak peek into the life of the ambiguous brainac..

This mysterious Bristol based Graffiti artist is a political activist as well as a film director. The genres of his drawings are satirical and dark humoured and reflect political and social themes. His stencil technique, a derivative of Blek Le Rat (1981) is used on public walls and places accessible to common people. 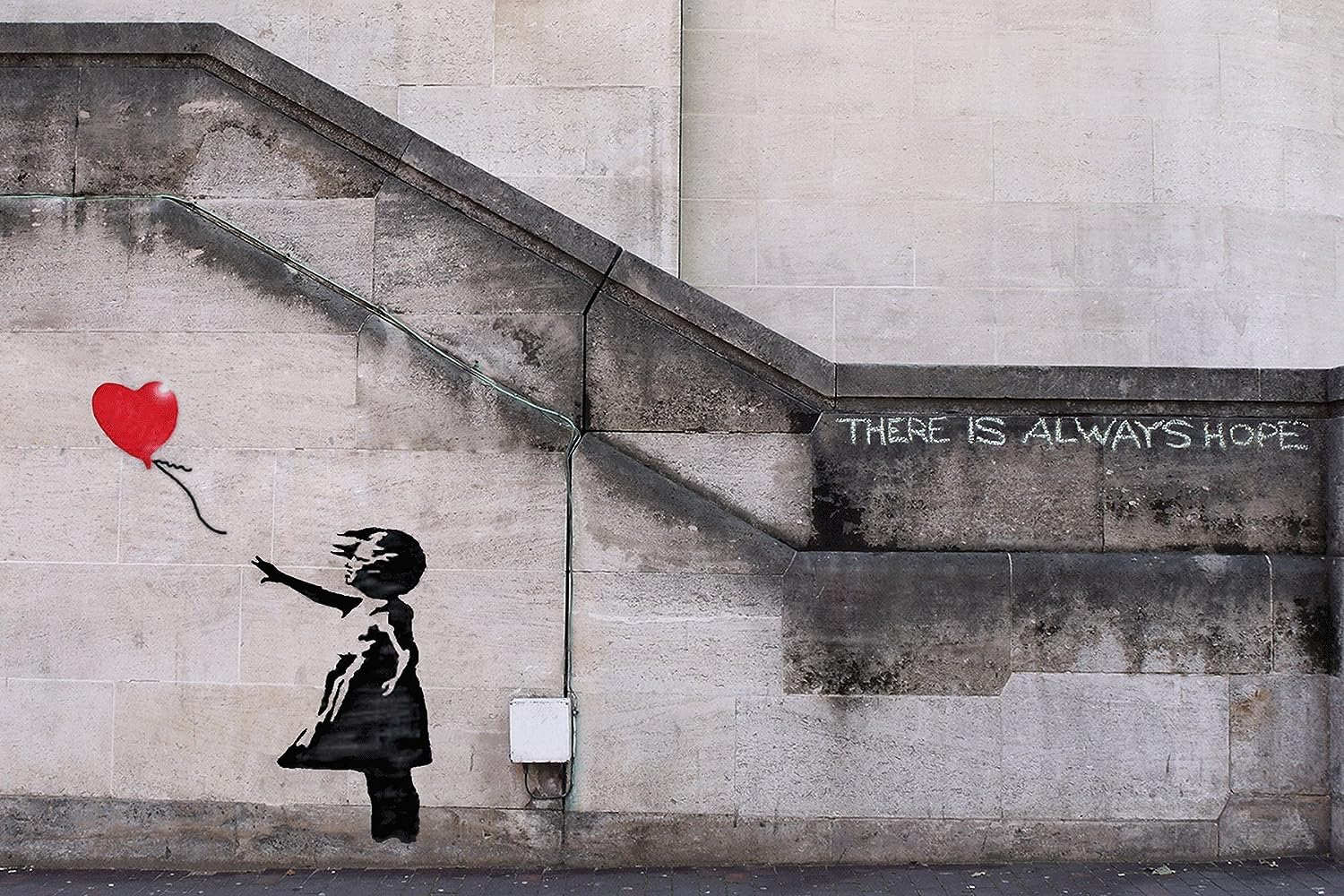 Banksy has always been known for his quirky ways. In August 2004, a bunch of £10 notes were produced wherein the Queen’s head was replaced with that of Princess Diana’s and the head note ‘Bank of England’ was changed to ‘Banksy of England’. Such guts of that guy! Also it is worth noting the fact that some people had actually tried to spend it!

The period from 2006-2007 was named as the ‘Banksy Effect’ for the stir that he had created with his artistic talent.

Just not to limit it here, he had a bemusement park, ‘Dismaland’ built. Also, out of the numbered movies that he has made, the movie ‘Through the Gift shop’ was nominated for best documentary in The Academy Awards in 2011. For the identity that has not been revealed yet, there are sources that say he will be attending the South Bank Sky Awards. Dismaland has been nominated in the visual arts category. You can read more about it here.

Though his art has been mostly snubbed at or defaced, there is a certain aura that radiates out of them. Of all the pictures seen, I have never once ignored one with a single glance. His paintings make you think and you realise that even simple daily life objects have deep meanings etched in them.

He had once said,

‘There are crimes that become innocent and even glorious through their splendour, number and excess.’

Talking of lesser known artists, you might take a look at this as well:Everything You Need To Know About Gnash, The Budding All-Rounder Musician