Back In Time: Lizzie Borden’s Trial

Massachusetts, Aug. 4, 1892: The Bordens are murdered by an ax in their Massachusetts home; their daughter Lizzie is accused of the killings.

Although no one was ever convicted in the deaths of Andrew and Abby Borden, the popular consensus about who’d done it was evident in a joke making the rounds in Fall River, Mass., where they had lived.

On this day, Aug. 4, in 1892, the Bordens were found dead — “Hacked to Pieces in Their Home,” according to the local newspaper headline — and all eyes turned to their daughter, Lizzie, a “spinster of 32,” per a later Time assessment, who was home with them. The joke went that, earlier that day, someone asked Lizzie what time it was. “I don’t know,” she said, according to TIME’s retelling, “but I’ll go and ax Father.” Lizzie was the prime — and really the only — suspect in the double murder, although a jury later acquitted her on the grounds that the evidence against her was mostly circumstantial. The trial became a national sensation nonetheless, eclipsing headlines about the Chicago World’s fair. Townspeople flooded the courthouse to hear salacious testimony like that of the family’s maid, who said that while Abby Borden lay bleeding to death in an upstairs bedroom, Lizzie could be heard laughing nearby. Then she did a little ironing before — allegedly — chopping up her father. Even if guilty, she was still not quite the monster of the schoolyard rhyme that tells the tale:

And gave her mother forty whacks.

And when she saw what she had done,

She gave her father forty-one.

Instead, her attorney explained during the trial, Abby Borden — actually Lizzie’s stepmother — was struck only 18 times with “some sharp and terrible instrument,” while her father was hit a mere 11 times. But the attorney insisted that a crime so brutal must have been the work of “a maniac or a fiend… a lunatic or a devil,” not his ladylike client. Apart from possibly killing her father and stepmother, after all, Lizzie had been known as an upstanding citizen. She’d been a Sunday school teacher and a member of the Women’s Christian Temperance Union, which promoted sobriety, abstinence and evangelism. It hardly mattered whether she’d actually committed the murders, however. (Though there’s lots of evidence that she probably did.) She was convicted — and punished — by the court of public opinion. When she went to church not long after her trial, no one in town would sit next to her. For years after her acquittal, children threw gravel at her windows, pelted her house with rotten eggs, and rang her doorbell in the middle of the night, per the Providence Journal. By the time she died, at 66, Lizzie was alienated from her former friends and the surviving members of her family. The flood of people who had attended her trial dwindled to a trickle at her funeral. (she was buried in Fall River, next to her father and stepmother.)

But her infamy still hasn’t abated.

Following the premiere, this spring, a lifetime mini series about her life after the murders, graffiti appeared on the Borden family burial monument.

It wasn’t the first time — according to The Daily Mail, which noted that her grave site had been vandalized repeatedly in the past — that Lizzie’s memory had been subject to a hatchet job.

Facebook
Twitter
Pinterest
WhatsApp
Previous articleFive Reasons Why Demo Day Is The Coolest Event For Startups
Next article“I use my mouth in strange ways in exchange for Cash!”

Meet Satyen Das, A Cycle-Rickshaw Puller Going From Kolkata To Siachen With A Mission 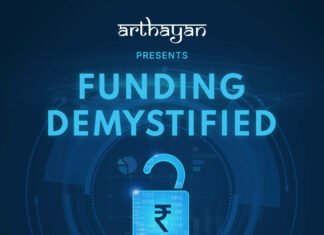 Chirali Sharma - August 4, 2021
#PartnerED Funding is the fuel that powers a founder's startup journey. The process of raising funds seems like a mystery to many who are just...

Discover the Easiest Way to Plan and Organize All Kinds of...