1st September, 1997: The nation mourns in grief as Diana, Princess of Wales, passes away yesterday at 6:00 a.m. from the wounds she sustained in a car accident at the Pont de l’Alma tunnel in Paris, France. Both Dodi Fayed, Diana’s partner and Henri Paul, the driver of the Mercedes-Benz W140 S-Class, were declared dead at the scene. Trevor Rees-Jones, their bodyguard, was critically injured in the collision but still survived.

The 36-year-old ex-member of the British royal family flew into Paris on a private jet on Saturday, August 30, together with Egyptian film producer Dodi Fayed, the son of tycoon Mohamed Al-Fayed. After spending the previous nine days together on Mohamed’s yacht Jonikal on the French and Italian Riviera, they made a stop there on their way to London. They had planned to spend the night there.

A hired black 1996 Mercedes-Benz W140 S-Class left the Ritz first from the main entrance on Place Vendôme, luring a crowd of photographers. Henri Paul, the deputy head of security at the Ritz, had been given instructions to drive it in order to avoid the paparazzi.

At about 00:20 yesterday, Diana and Fayed left the hotel through the Rue Cambon back entrance on their way to the apartment on the Rue Arsène Houssaye. They took this action to evade the close to thirty photographers that were standing outside the hotel.

Trevor Rees-Jones, a member of the Fayed family’s personal protection squad, was in the (right) front passenger seat, while Diana and Fayed were seated in the back. Reportedly, none of the passengers were wearing seat belts.

They travelled down Cours la Reine and Cours Albert 1er, the embankment roads along the right bank of the River Seine, into the Place de l’Alma underpass after leaving the Rue Cambon and crossing the Place de la Concorde.

Paul lost control of the vehicle near the Pont de l’Alma underpass entry at 00:23. The vehicle ran into a passing Fiat, veered to the left of the two-lane road, and struck the roof’s twelfth pillar directly.

More than twice the tunnel’s 50 km/h speed restriction, it was believed to be travelling at a speed of 105 km/h. It turned, smacked backwards into the tunnel’s stone wall, and stopped. Since there was no guard rail between the pillars to prevent this, the collision seriously damaged the vehicle, especially the front section.

Soon after the collision, witnesses who arrived reported seeing smoke. Additionally, witnesses claimed that motorcycle-riding photographers “swarmed the Mercedes sedan before it entered the tunnel.”

Occupying the right rear passenger seat was Diana, still alive but in serious condition. She was heard murmuring “Oh my God” repeatedly and “Leave me alone” after police ordered the cameras and other volunteers to leave.

She had severe wounds, and attempts at resuscitation—including internal heart massage—were futile. The pulmonary vein and pericardium were torn as a result of her heart being forced to the right side of her chest. At 03:30, Diana passed away in the hospital. At a press conference held at the hospital at 6:00 a.m., anaesthetist Bruno Riou confirmed her passing.

The group paid a visit to the hospital and expressed their gratitude to the medical staff for their efforts in trying to preserve her life. Later that day, Charles travelled with Diana’s body to the UK.

Their casket, which was covered in the royal standard and had an ermine border, was transported to a hearse at RAF Northolt by a bearer party from the Queen’s Colour Squadron. Later that day, her remains were ultimately transported to the London mortuary in Hammersmith and Fulham for a post-mortem examination.

The shocking demise of the ‘People’s Princess’ is grieving not just for Britain but the entire world.

Numerous monuments in her honour were commissioned and erected in the years following her passing. The public adopted the Flamme de la Liberté (Flame of Liberty), a monument associated with the French donation of the Statue of Liberty to the US, near the Pont de l’Alma tunnel, as a temporary memorial.

Although the sympathy letters have been taken down and the site is no longer used as a Diana monument, visitors continue to leave tributes in her honour. The Queen dedicated a permanent memorial, the Diana, Princess of Wales Memorial Fountain, in London’s Hyde Park on July 6, 2004.

Her sons Prince William, Duke of Cambridge and Prince Harry, Duke of Sussex then unveiled a statue of their mother in the Sunken Garden of Kensington Palace on July 1, 2021.

The ‘People’s Princess’ continues to be remembered and revered for her personality and contribution towards the upliftment of the underprivileged. 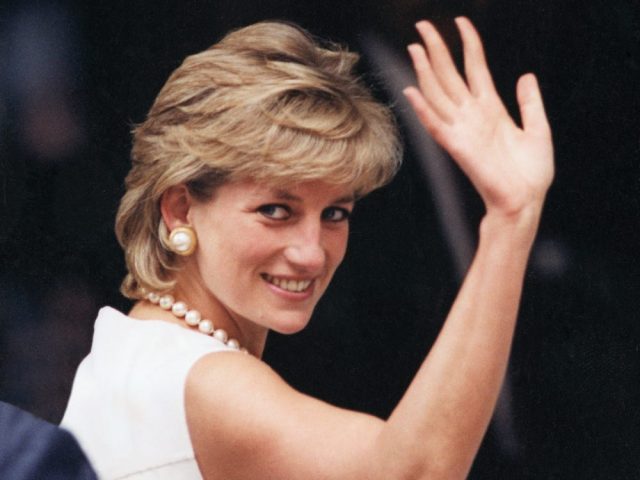 Back In Time: 20 Years Ago India Received The News Of Dhirubhai Ambani’s Demise