ED attended Zee Jaipur Literature Festival 2016 as media, and was part of an exclusive press conference with Anupam Kher.

Anupam shared his journey from Shimla to Bombay, from being a son of a clerk to winning a Padma Bhushan.

He started telling the press about how he comes from a family where his father used to earn a salary of Rs 90 and fed 14 family members.  And today by God’s grace he is being honoured for his work, “Life main kuch bhi ho sakta hai“, he said.

His take on the Kashmiri Pandit exodus debate:  He expressed his dissatisfaction about the fact that no one has returned an award for the rights of the Kashmiri Pandits, who have been living as refugees for the past 26 years in their own country. This according to him is Intolerance. And it’s a joke that we are talking about Intolerant India otherwise.

His take on censorship which has become a joke these days: We have been following the rules which haven’t changed since 1953, he stresses on the need for change. However, the most important form of censorship he says is self censorship.

About Politics: Anupam Kher joked about how he has not seen his wife for the past one year.

He also announced the title of his next book ‘Lessons Life has Taught Me Unknowingly’.

As he questioned the media for not congratulating him for winning the Padma Bhushan, he concluded the press conference by jokingly saying “Main award waapis nahin karunga“.

Facebook
Twitter
Pinterest
WhatsApp
Previous articleThe Week That Was; Trash It, Trend It
Next articleRaghuram Rajan Wasn’t Scared of Rocking The Boat, He Does What Is Needed, Without The Fear Of Displeasing People 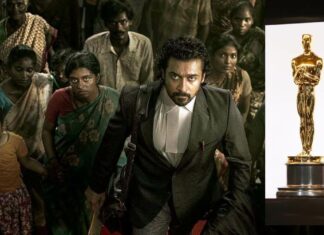 Netizens Going Wild After First Indian Film Gets Featured On The...