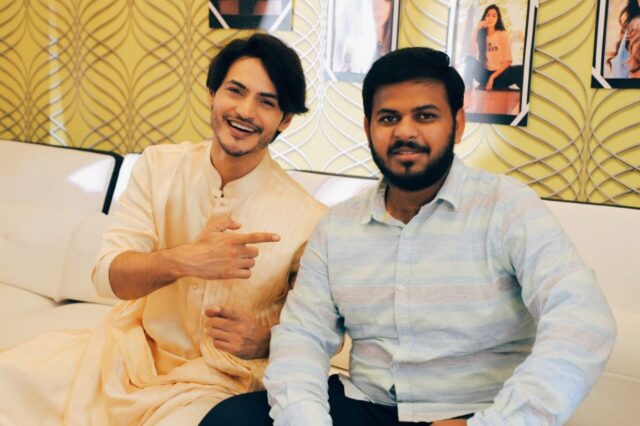 Anshuman Pratap Singh is a name you might haven’t heard before but this name has been able to be in the list of film producers. He is one of the youngest producer in the industry. On a small talk to Mr. Anshuman here’s what he has done before debuting into this industry, he started as a Music composer & director & has composed humdreds of regional songs & ad jingles for various satellite channels and labels like T-Series, Yuki Music, etc.

Recently, his first independent web series Chitthi was released in September 2020 which features an ensemble cast of stars like Yashpal Sharma, Shalini Kapoor, Ravi Bhatia, Shafaq Naaz and Abha Parmar among several others.

The role of a producer is to supervise throughout the stages of filmmaking. While the director makes creative decisions during the production, the producer is the overall head of supervision.The producer should have extensive and detailed knowledge of various departments of film production like Direction, Script Writing, Cinematography, Acting, Art, Sound,, Budgeting, Production Design, IPR, Film Business, various Rights of Distribution, Anshuman Pratap Singh has showed proficiency in all these areas as per his colleagues and peers.

Junaid Malik is winning millions of hearts with his superb content

Travel Chitra Rawat - July 22, 2021
Disclaimer: Originally published in June 2017. It is being republished since it still remains an interesting topic till today.  Yes, we are all tired of...