The second wave of the COVID-19 virus has been calamitous to India. With hospitals and medical outlets running out of oxygen, beds and ventilators – the profiteering of the people involved in this is at an all-time high.

What’s even more hurtful is that the ground reality is quite distant from what the national media has been portraying. In a nation where the PM’s address to the nation affirms that India is prepared to tackle the wrath of the virus, the CM of the national capital, Delhi, takes to Twitter to request oxygen supply.

Thousands are losing their loved ones and are helplessly falling prey to the hands of the people who are using the opportunity to fill in their pockets.

Amidst all the fake assurances that have been proving worthless, some people are taking to social networking sites to shed light on the ground reality. Yashaswi Kumar and Shishir Gupta are two such people that took to LinkedIn to expose the reality.

Shooting ambulance rates, deteriorating mental health, fake news, medicine hoarding and forged death tolls are a few instances that have come to the limelight via their posts.

The post by Yashaswi Kumar that rattled Social Media

Yashaswi Kumar, CEO at Knappily, penned down a post on LinkedIn after the demise of his father due to COVID-19. The observations he made were shocking.

He writes that senior doctors have been abandoning critical patients, and it is the staff who are looking after them. Local politicians have been hoarding medicines, profiteering is at an all-time high, and daily death tolls are much higher than what the official stats display.

Read More: What An Unprecedented Increase In COVID Cases In India Means For Other Countries?

COVID-19 has taken a severe toll on the mental health of the people, and fake WhatsApp forwards has aggravated it.

“You should not be scared of wearing a PPE kit to comfort your friend or relative. Every patient is scared in the ICU,” he writes. He has called for a pay raise of the hospital staff, stating they are the real heroes.

Losing his mother to the vicious virus, Shishir took to LinkedIn to share his devastating Experience. Hospitals are relying heavily on formalities, as scores of people queue beside a pile of dead bodies to clear the dues, writes Shishir.

Ambulance operators have devastatingly increased their rates. They are charging anywhere from Rs 150 to Rs 1600 for a mere 1km. People have been paying lakhs for travelling longer distances.

He writes that cremation grounds have run out of space, and he had to bribe everyone involved in the process to get some space.

Adding to his misery, he had to single-handedly pull rickshaws and arrange over 300kg of wood for his mother’s last rites. All this after the due price of everything was paid?

A cause of serious concern

What they both had to face was disheartening. What’s more concerning is the fact that there are several such people out there who are falling prey to such horrendous incidents. Hundreds of people affirmed having faced similar experiences in the comment section of these posts.

If nothing, this proves that people are not shying away from turning one’s helplessness into an earning opportunity.

With prices as high as Rs.10000 for a 4 km trip in Delhi and other severely affected states, humanity seems to be dying a brutal death. The ones in dire need are pressured to empty their wallets, and most governments have turned a blind eye to such devastating experiences. 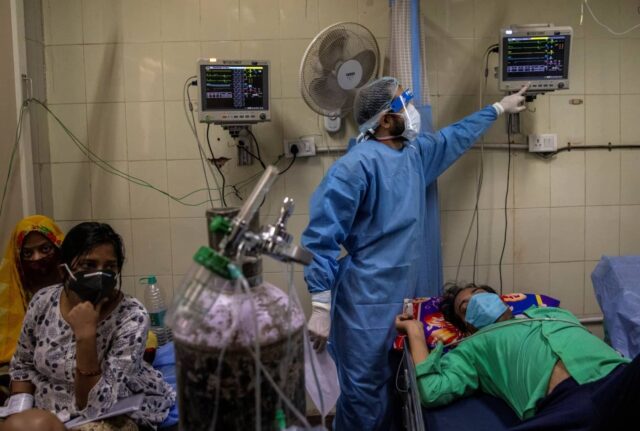 Actual death counts are being forged in an attempt to steer public attention away from reality. While some states are forging it by 25%, some reduce it by almost 100%. Research has found that over 1000s of cases are being rigged nationwide.

And Politicians, like always, have followed the suit of shamelessness and hoarded upon medicines and oxygen cylinders, make it harder for the public to avail these.

A moment of utter shame

Such incidents have forced mankind to hang their heads low in shame and embarrassment. They haven’t failed to malign all the good that is being done to better the situation.

The responsibility now lies within both the authorities and the citizens. Where authorities should formulate regulations to sustain such unethical practices, people should rekindle their sense of humanity and empathy.

If nothing, this will help lessen the misery of the ones already on the brink of being destroyed, physically, mentally and financially.

15 Shocking Comments By Adar Poonawalla On Vaccine Threats In India, In The Times UK Interview