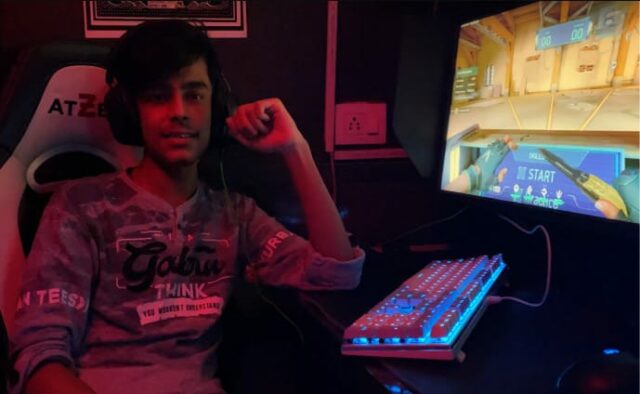 September 13: Rishabh Chauhan is the Youngest Indian Esports Player born on 1 September 2003 in Delhi. He started playing games at the age of 7, since then, he has developed a sense of gaming in creating his tricks. Being a teenager, an avid gamer who is desperate to make a difference with his name in the world of Esport. In truth, he is one amongst the hankers about games. He believes the basic if you are dreaming, you must do something that must lead to nothing.

Esports (also known as electronic sports, e-sports, or eSports) is a form of competition using video games. Esports often takes the form of organized, multiplayer video game competitions, particularly between professional players, individually or as teams. Although organized competitions have long been a part of video game culture, these were primarily between amateurs until the late 2000s, when participation by professional gamers and spectatorship in these events through live streaming saw a significant surge in popularity. By the 2010s, esports was a significant factor in the video game industry, with many game developers actively designing and providing funding for tournaments and other events.

Rishabh Chauhan has played with celebrities like rapper Divine and Gunshot, aka Harnit Khatri, and won a few games on the live streaming channel. He believes that eSports is not just gaming for him but his career. The dominance of these sports is going to increase significantly in the changing times; he has expressed the hope that in the near future, he will represent India in the world of eSports.