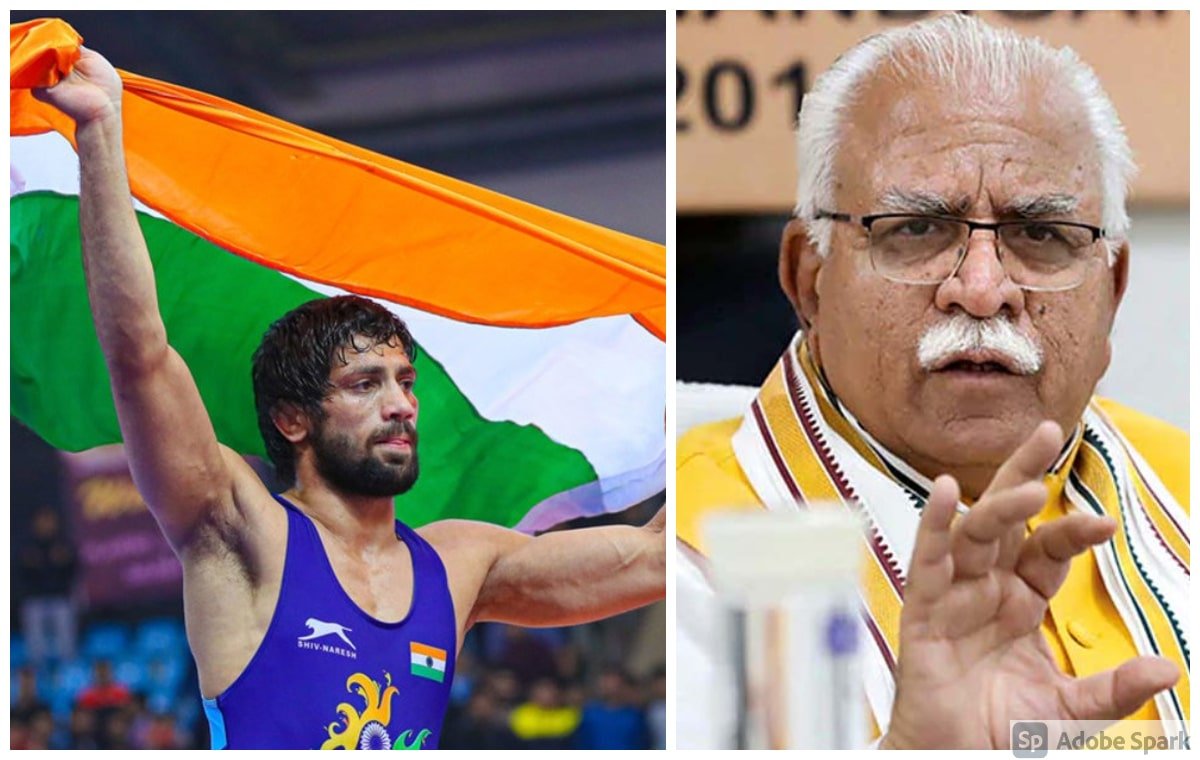 As the Tokyo Olympics crescendoed to a close, many Indian athletes came to the limelight owing to the awesome achievements that imbibed themselves in the flames of Olympian glory.

With the fantastic display from the entire Indian contingent, the entirety of the Indian populace sat with bated breath to witness the said sportspersons exact the respect that they had always warranted. However, most of these athletes have proceeded to establish themselves in the international sphere owing to the primordial need for basic amenities.

Unfortunately, the government cares naught and since forever, numerous villages have faced the backhand from the oligarchs at the helm. Under such shambolic circumstances, Ravi Kumar Dahiya arrived at the forefront demanding the said essentials that enable a citizen to live a life of dignity.

What Did Ravi Kumar Dahiya Do?

As the Indian contingent braced itself in hopes of equalizing a fantastic draw at the closure of the wrestling finals, Dahiya was stuck in a deadlock with Russian Olympic Committee’s Zavur Uguyev.

As the ten-minute match-up began to feel like hours as nervous veins claimed the show, Dahiya clasped the Russian within his arms, however, the exhaustion had begun to show.

As the seconds ticked away and defeat appeared closer in sight, Ravi Dahiya had already written texts in letters of gold. The tourney was unparalleled and it ended with a laurel that is to stay embedded in India’s athletics history as the match closed with a 7-4 victory for the Russian.

Upon securing the silver medal, Dahiya went on record to state that his village has already provided India with three Olympians and it’s only fair for the village of Nahari to get the basic facilities that every other village in the country deserves.

The athlete stated upon being asked about whether his village deserves a transformation;

“Yes, my village has given three Olympians to India, so it deserves basic facilities. I can’t prioritise what it needs first. It needs everything. Everything is important, good schools as well as sports facilities.”

Also Read: India: Who Won What At Tokyo Olympics 2021

Rakesh Dahiya, the father of Ravi Kumar Dahiya, stated something on the same level as his son. The fact that his village has had issues concerning clean drinking water and electricity was echoed, and it is only fair for a citizen to ask for the basic necessities one can warrant out of life.

“I hope his medal brings 24×7 electricity supply and proper roads. We would like to believe that my son’s medal will bring development to the village. I am happy for his success. I am confident he will come back home with gold.”

This statement was made before the finals but Dahiya had already attained national acclaim through the lengths of the country.

Although Ravi Dahiya wasn’t entirely pleased with the silver as he stated that he had gone into the fight expecting to secure gold, the silver medal’s value has been exemplified manifold as his village will finally find a lease of new life.

How Is The Government Observing His Accomplishments?

Upon receiving news of Dahiya’s accomplishment of going through the qualifiers and past the semi-finals, Manohar Lal Khattar, the Chief Minister of Haryana, was quick to the party and vowed to fix the many issues that have plagued the village of Nahari.

Khattar gave his word to not leave any stone unturned and instructed the necessary authorities to go about their work at the earliest.

Ravi Dahiya’s father, Rakesh Kumar Dahiya, alongside other representatives, had submitted a list of grievances of the locals to the Chief Minister. The most vital grievance stated in the said list was the situation concerning the water drainage system in the village.

The unfortunate circumstances in Nahari had led to the water being polluted to the point of it not being fit for consumption and washing.

Thus, upon being made aware of the situation, the Chief Minister instructed the Deputy Commissioner of Sonipat alongside other administrators to solve the matter at the earliest. Rakesh Dahiya had gone on to state;

“I hope his medal brings 24×7 electricity supply and proper roads. We would like to believe that my son’s medal will bring development to the village. I am happy for his success-”

To base Dahiya’s accomplishment on a spectacular scale, the Chief Minister announced the construction of a Sanskriti School, alongside a cash reward of 4 crores INR and a Class I Government job.

Do All Villagers Have To Come About With A Magnificent Exploit To Get Basic Amenities?

The long and short answer to this question is obviously ‘no’, however, most politicians only remember the existence of the Constitution and its Directive Principles when it is deemed necessary with regards to what they are exacting in tandem with the accomplishment.

To put matters into perspective, it was an Indian politician who went on towards Mirabai Chanu’s home to not help or provide support to the family but to state the obvious.

Rajat Sethi, the advisor to the CM of Manipur, went on his Twitter handle to romanticize the poverty that had been the one true fact of Chanu’s life. It is understandable that there still exists an ever-widening gap between the haves and the have-nots, however, a minister or a State advisor’s ignorance is all up for display. 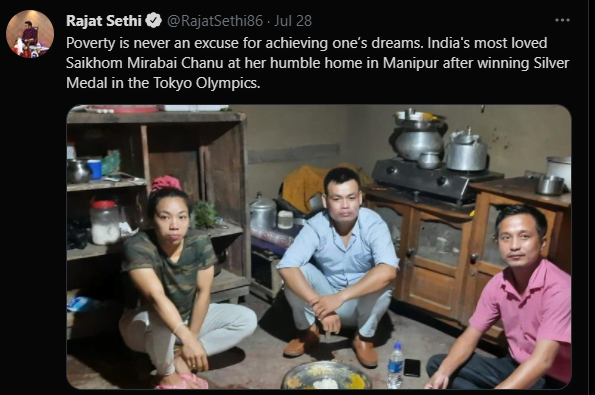 Thus, as we move further into the hinterland, it won’t come as a surprise to anyone if they found out that many villages are subject to the same conditions as Nahari. However, they may not have the similar privilege of having Olympians among their midst. Thus, the question arises;

Are they not worthy of having the basic amenities of life with dignity at their disposal?

Unfortunately, it is not a question of the government as authorities come and go with every four years, rather this is a question of how ignorance has thrived in our society for eons. The administration has delved into believing that a community has to do something awesome to exact their ‘right’ to life with dignity.

In India, Fundamental Rights only apply when you are noticed, otherwise, you would be better suited if you booked a slot in the Olympics, or became a cricketer.