There has been a long-going tension in the country now between the left and right-wing supporters. Ever since CAA has been in talks, the tension aggravated and the divide has broadened. It is not surprising to find hate comments/tweets/posts about political groups and activities.

However, we know that it is a cause of worry when the country finds itself divided on matters where unity is most required. International sports events like the Olympics, for example. Indian sportspersons are representing the country on an international platform and as its citizens, it is our duty to support them and cheer for them.

Yesterday, Neeraj Chopra made history by winning a Gold Medal in the Javelin Throw for the first time in 100 years. He is only the second Indian to have won Gold in individual events after Abhinav Bindra. This extraordinary feat, indubitably, should be celebrated.

However, people found a way to bring political differences into this matter too. Just minutes after his win, his years-old tweets were dug up that led liberals to “cancel” him and his achievement in the Olympics.

After his win, one of the most searched phrases on Google was about the player’s caste. The search for “Is Neeraj Chopra Sanghi?” shot up, which shows the dismal state and deep-rooted problem of the caste divide in India. 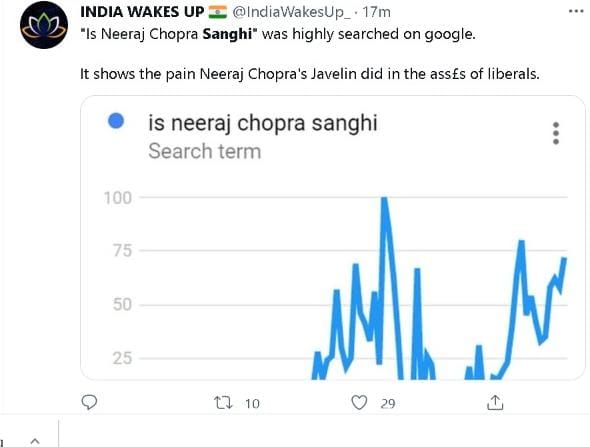 Neeraj Chopra had congratulated Prime Minister Narendra Modi for his 2019 parliamentary elections win on Twitter. The tweet, when resurfaced, apparently upset people for his political ideology.

In another one of the tweets, he demanded justice for Vishal Jood, a Sanghi who beat up Sikhs in Australia on the suspicion of them being Khalistanis. 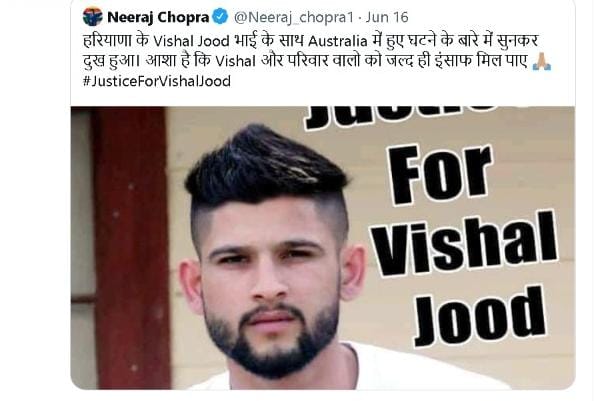 Netizens “Canceling” Him For Being Sanghi

There are a lot of tweets in which people have shared how disappointed they are after knowing the player’s caste. 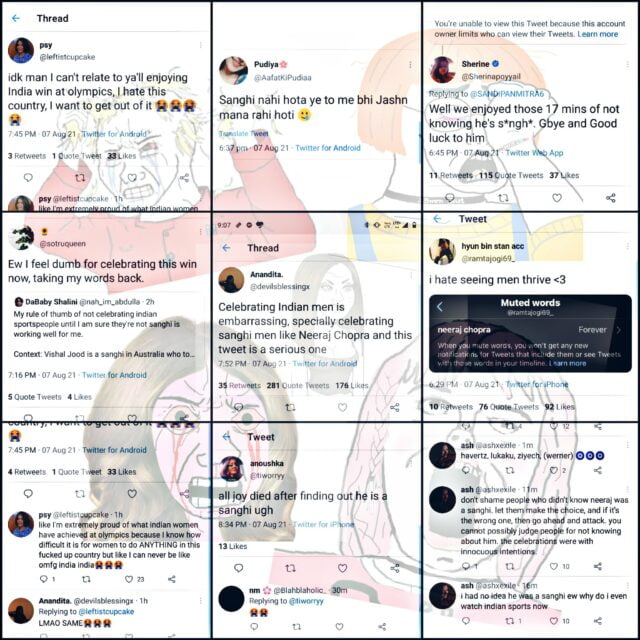 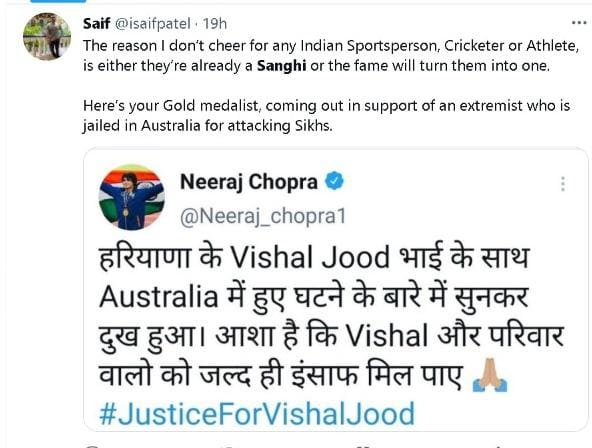 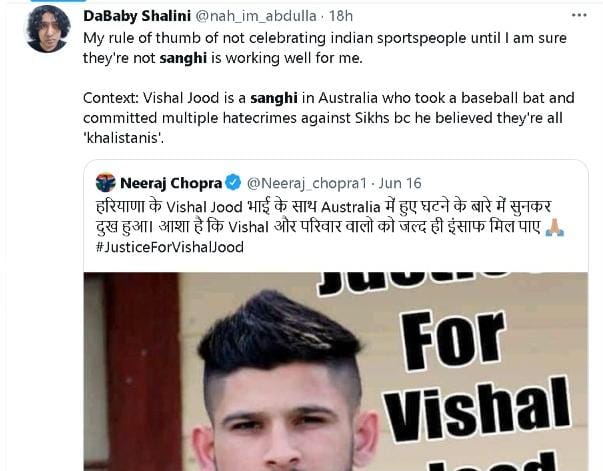 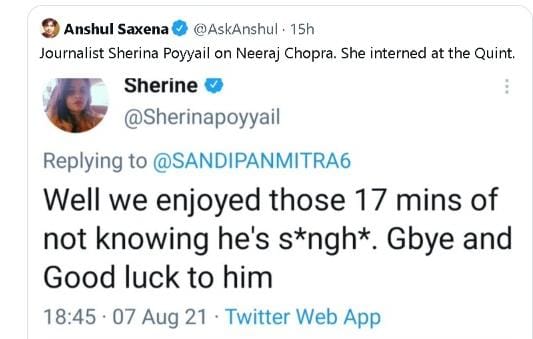 People Came Out In Chopra’s Support

After the hate tweets got viral, Neeraj Chopra’s supporters thrashed them for being insensitive and not honoring the athlete the way he deserves. 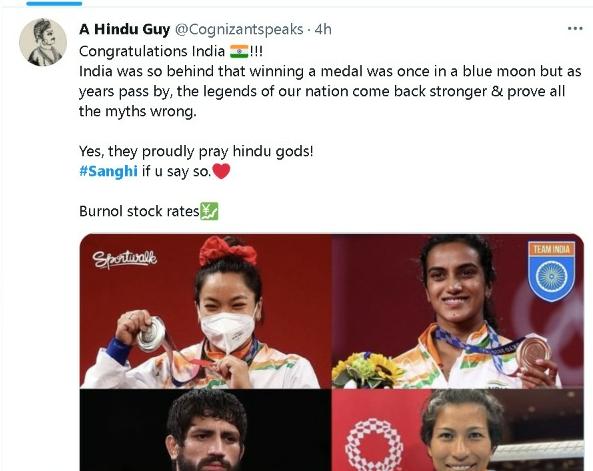 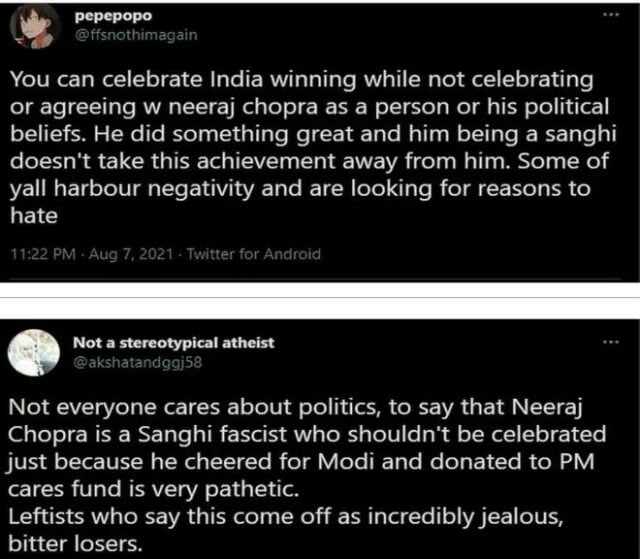 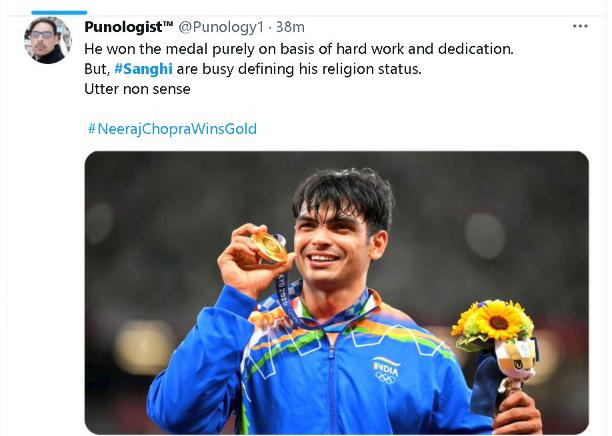 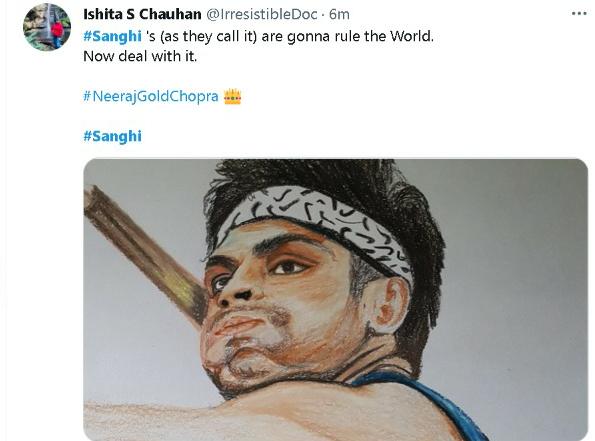 Sports are supposed to bring people together. When a fellow countryman does something to make the country proud, it is extremely shameful that some of us don’t even have the decency to celebrate his win. It only taints our image as a country.

Who Is The Unsung Hero Behind Indian Hockey Team’s Triumph?