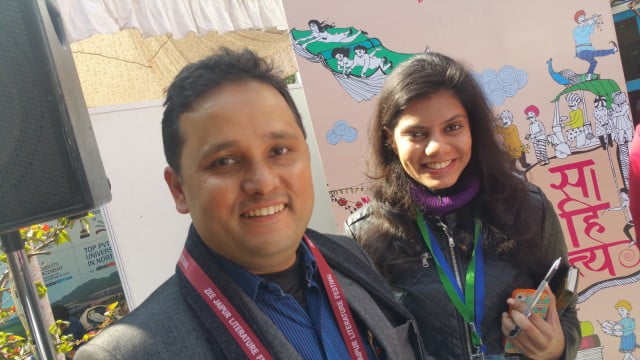 This week on Friendly Fridays we have with us Amish Tripathi who is known for his novels, The Immortals of Meluha, The Secret of the Nagas and The Oath of the Vayuputras or the Shiva Trilogy.

The Shiva Trilogy has become the fastest selling book series in the history of Indian publishing, with 2.5 million copies in print and over Rs 70 crore in sales. Let’s begin this short and friendly conversation we had with him.

Team ED: Apart from Hindu mythology, what all world cultures are you fond of?

Amish Tripathi: There are many, but if I have to pick one, it would be Greek, Mesopotamian and Egyptian.

Team ED: There’s a large sect that believes the Shiva Trilogy is non-fiction, what do you have to say about that?

Amish Tripathi: I have never claimed that what I have written is true. The audience can perceive it in either way.  All I would say is that Lord Shiva knows the truth.

Team ED:  Do you believe that the essence of the book stays even when it is translated?

Amish Tripathi: My books have been translated in about 16 languages till now and I do not know most of them. However for instance words like ‘blasphemy’ from English do not have clear translations, we have to trust the translators believing that they have captured the essence of the book.

Team ED: What is your take on self-publishing?

Amish Tripathi: I believe it’s all about how you do the marketing of your work, that plays a major role, be it published by a big group or self published.

(His debut work The Immortals of Meluha was a bestseller, that broke into the top seller chart within a week of its launch owing to his creative marketing strategies.)

Team ED: If you had to give one piece of advice to the readers, what would it be?

Amish Tripathi: Live by your heart, but use your brains. Don’t be at extremes.

We also met one of his biggest fans, a young boy from The Palace School, Jaipur. He has read all books by his favorite author and even finished one of them in 3 hours. Thank you so much, Amish, for giving us time. We loved every bit of this Friendly Fridays interview with you.

With that, it’s a wrap of this fun-filled edition of Friendly Fridays. We will be back again next week, with some more fun and friendly chats.

Hope you enjoyed this one as much as we did.

See you again next week, till then, Adios!