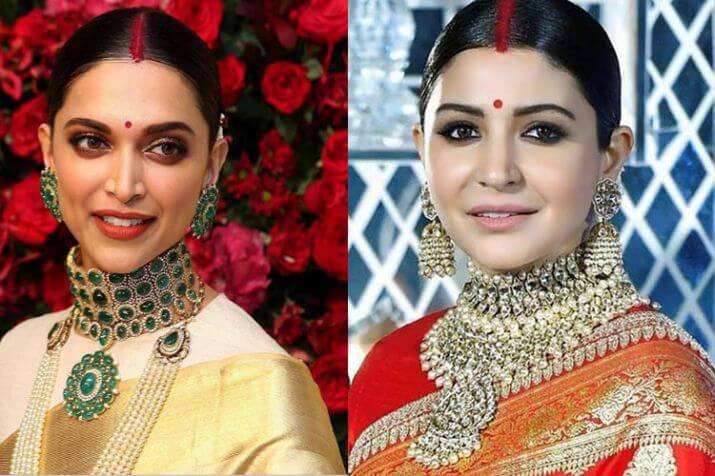 There are a few Indian designers that have had a big hand in bringing our fashion industry on the global map and one of them would definitely be Sabyasachi.

There is no doubt that the man is absolutely one of the most prominent designers of the country with just his name skyrocketing the price of any garment.

Along with the name, comes a certain style that is distinct from others, so that the second you look at a garment you can immediately tell that this is a ‘Sabya’ outfit.

However, alarmingly it seems that lately the designer is losing his creativity, at least in styling, as highlighted by the recent wedding of Bollywood actors Deepika Padukone and Ranveer Singh.

The Deepika And Anushka Similarity

The similarity between Anushka Sharma’s 2017 wedding reception, held in Delhi look and that of Deepika Padukone’s Bengaluru reception look were pretty apparent right from the start.

As soon as images of the event were out, people all over the internet instantly caught on to the fact that Deepika’s styling was resembling how Anushka looked at her reception. 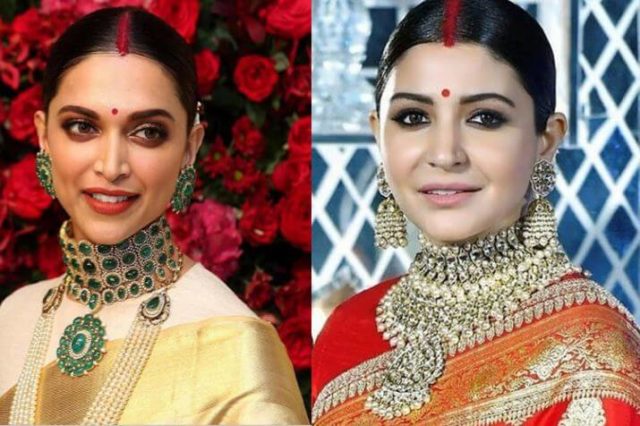 Trolling and memes aside, people were quick to point that the styling done by Sabyasachi for both the actresses was pretty much the same from the draping of the saree, to the use of a big choker style necklace, big earrings, and even the same hairstyle of middle-parted tight bun topped with a gajra and strong sindoor to boot. 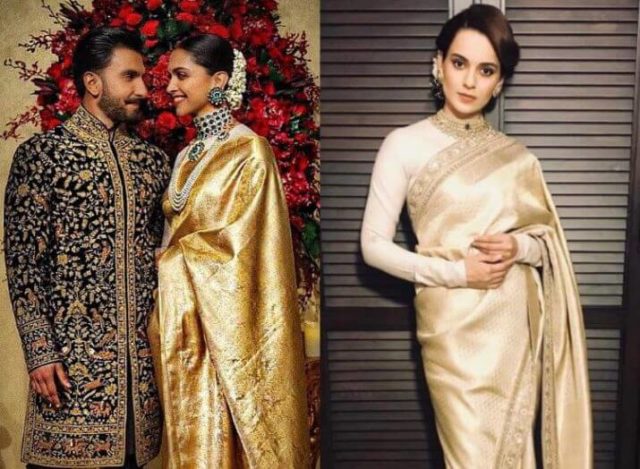 Sabyasachi at the very least could have changed the blouse or given something else that did not look like an exact copy of Kangana’s.

In fact, there is another controversy here where Sabyasachi apparently first tried to take credit for Deepika’s Konkani wedding saree, however, later accepted that as per tradition, it was her mother in fact, who had gifted the saree to her and Sabyasachi only provided the veil and jewellery. 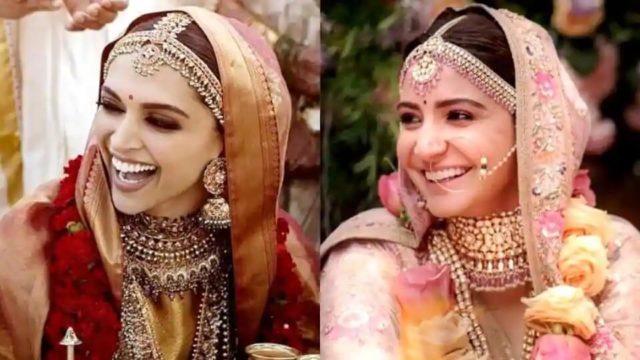 It’s pretty clear that this is why both the brides look similar even on their wedding day with the only difference being the outfit, since Sabyasachi had no hand in the dress itself. Otherwise, the simple makeup and similar jewellery is all pointing to who the stylist is.

There was a lot of trolling and bashing of Sabyasachi with some comments saying that, “Ugghh…. Do something different with Deepika’s style!! It’s nothing just a waste of money by tagging Sabyasachi brand name with this repeatedly same styling!! moreover this oil based looking flat pattern hair tie!!! Sooooo boring”.

It is certainly disappointing to see a designer of Sabyasachi’s stature to be repeating and recycling looks not even a year old on two very big and known actresses on their big day. Had it been a few years, perhaps a decade old, it could have been played off as vintage, or something, but this is just not worth the hype.

While Sabyasachi’s designing might be exemplary, his styling is certainly not and just seems to be a copy paste for all brides no matter who she is.

Read More: What Do We Know Of Sandeep Khosla, The Indian Male Designer Who Broke Taboos?

Some people online also noted this similarity between Sabyasachi designs and gave their own comments on it: 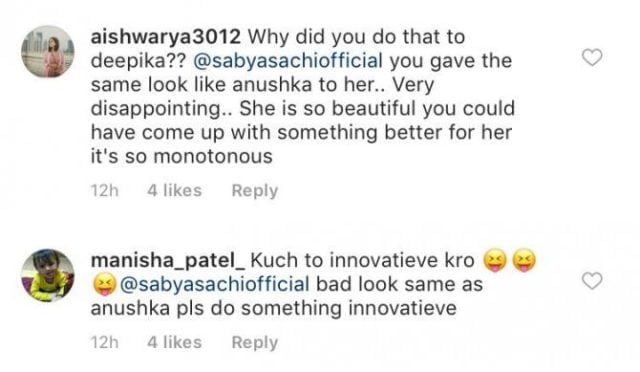 Next to look the same is Isha Ambani I guess. #Sabyasachi #Ditto pic.twitter.com/HVFPexFfzf

Exactly same look for star bride .. what was sabyasachi thinking? This one is anushka’s reception. pic.twitter.com/GQ0yBN952X

What do you think? Is Sabyasachi losing his creativity seeing how most of his Bollywood brides end up eventually looking the same? Let us know in the comments below.

Women’s Fashion: Here Have A Look At The Most Impractical and Uncomfortable Ones