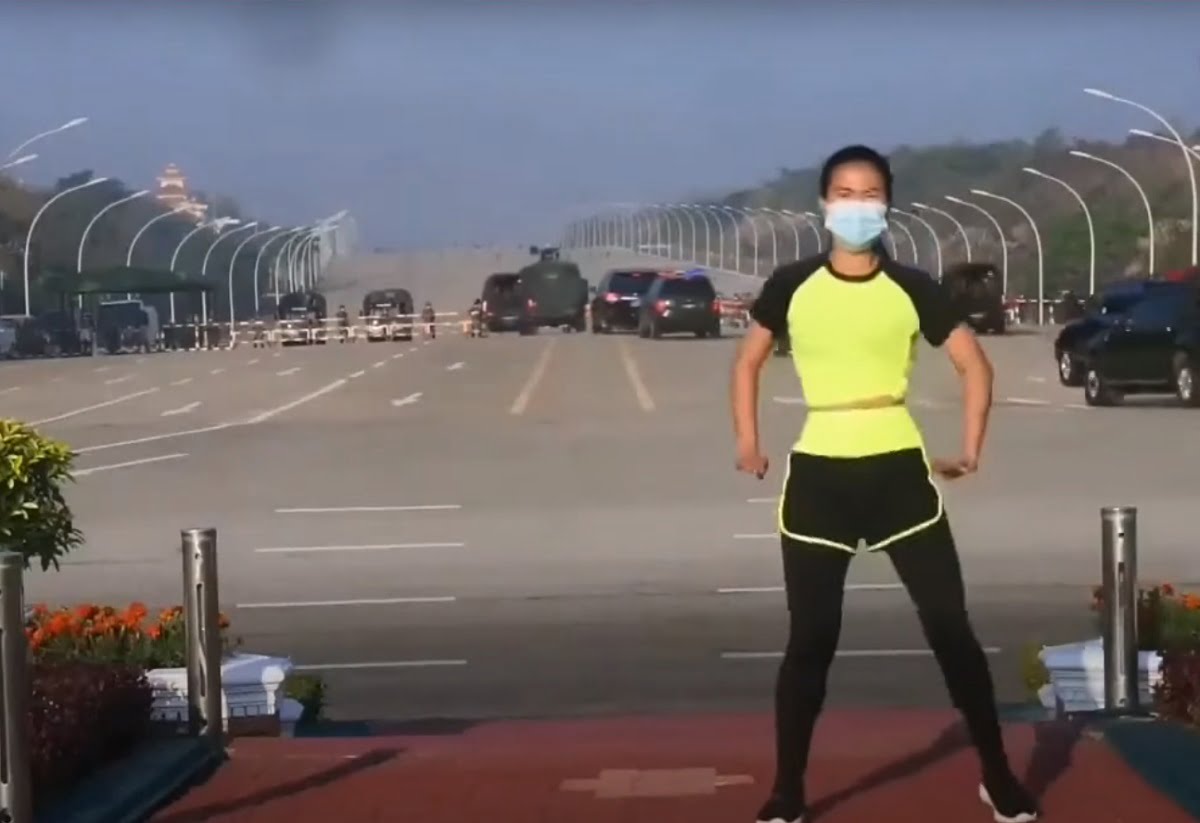 It’s only natural to be so engrossed while doing a workout that we tend to forget what is happening around us.

Perhaps that is what happened to the aerobics instructor Khing Hnin Wai, a 26-year-old physical education teacher, who claimed not to know that a coup was taking place in Naypyidaw, Myanmar’s official capital, while she was busy doing her routine gymnastics. 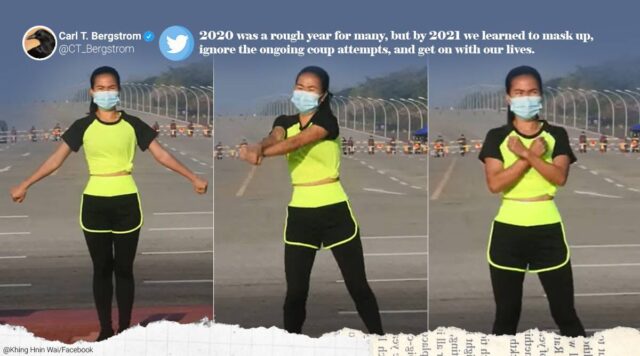 The aerobics instructor was dancing to a popular Indonesian song, “Ampun Bang Jago”, as black SUVs were driving off to a security checkpoint leading to the Assembly of the Union complex behind her.

Unaware of the dramatic event unfolding behind her background, her video also captured the military sweeping in to seize power along with her aerobics video, thereby leading to the detention of state counsellor Aung San Suu Kyi and other senior ruling party figures before the new parliament convened its first meeting.

Vibe check: A woman doing a live aerobics class in #Myanmar this morning, apparently unaware of the ongoing coup. Military vehicles arrive behind her to seize the parliament building. pic.twitter.com/eZX2w2A4AE

Twitterati’s verdict on the video

In the video, Khing Hnin Wai was doing her usual workout routine outside the parliament of Myanmar’s capital, Naypyidaw with the military coup being unfolded in the background. According to Wai, it’s her habit of shooting videos of herself doing aerobics in Myanmar’s capital for the past 11 months.

Oblivious to the events happening in the background, she continued with her routine. And now the dramatic video has found its way to the internet, taking social media by storm.

Soon enough, Twitterati too got to work to verify the facts in the video. After digging deep, the netizens finally concluded that the video was real and that Wai regularly performs her workout sessions outside the parliament building as her social media is flooded with similar clips.

However, the video is still making all kinds of noise on social media and has left netizens in a spot. Many were surprised by how obliviously the woman kept performing her routine with the military coup underway behind her.

i cant stop watching this

gives a whole new meaning to "doesn't matter if you get the steps right, the important thing is to just keep moving!" https://t.co/jqjrMRsDXW

2020 was a rough year for many, but by 2021 we learned to mask up, ignore the ongoing coup attempts, and get on with our lives. https://t.co/srSqVUBUn7

Watch: The Ghost Army Of WW-II Made Up Of Art Students Is Not What You Think