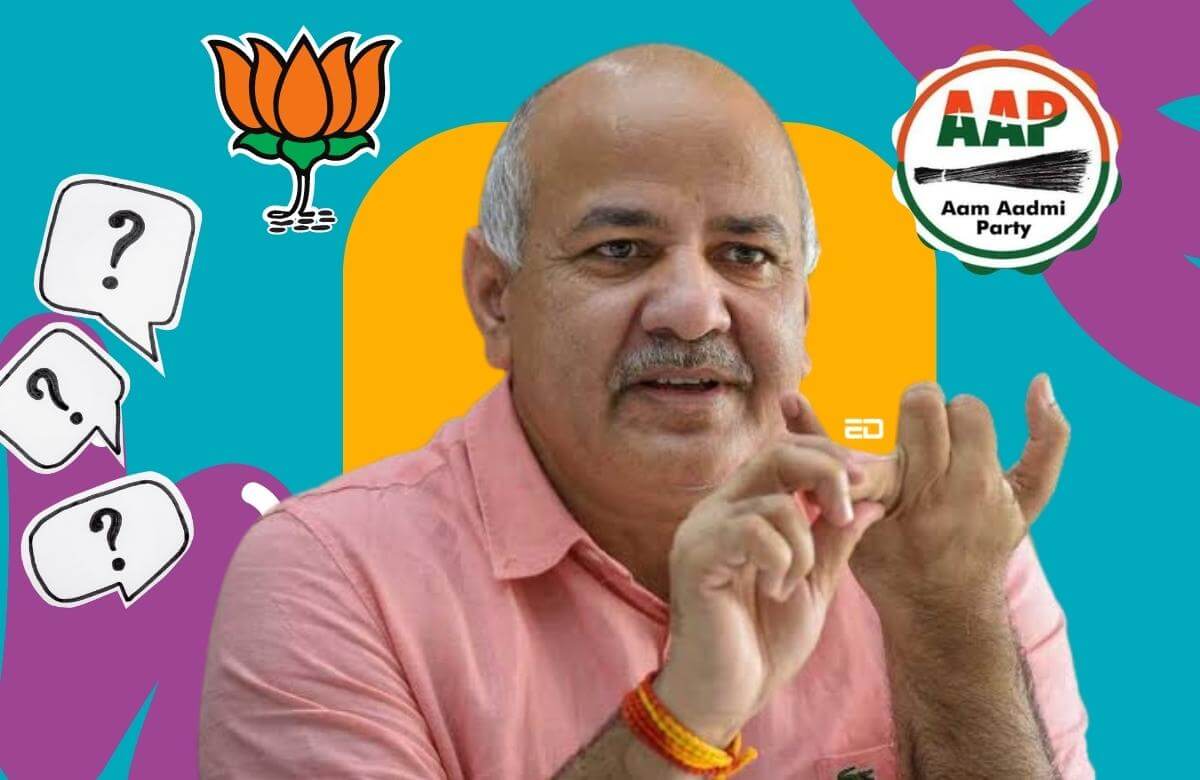 The tussle between Aam Aadmi Party (AAP) and Bharatiya Janata Party (BJP) is very well known now. Both the political parties are always at loggerheads with each other, with various politicians from each of them throwing various forms of accusations and whatnot at the other.

However, on Monday, Delhi deputy chief minister Manish Sisodia has claimed that he got an offer from BJP that said if he would leave AAP then BJP would dismiss all the cases and investigations going on against him.

This was quite a heavy accusation to make in the first place, but it seems to have led to a lot of people talking about it.

What Did Manish Sisodia Claim?

On 22nd August 2022, Sisodia tweeted in Hindi that “I have received a message from the BJP — Leave AAP and join BJP. We will ensure that all cases by CBI and ED against you are shut.”

He further added that “My reply to the BJP is – I am a descendant of Maharana Pratap, a Rajput. I will cut off my head but will not bow down to the corrupt and conspirators. All the cases against me are false. Do what you want to”.

Read More: Know How The New Labour Codes Can Impact Your Working Hours And Pay

Currently, Sisodia is among the few whose residence was raided by the CBI last week in allegations regarding corruption in the Delhi Excise Policy 2021-22.

The policy had been implemented on 17th November 2021 but it was recently withdrawn after the Delhi L-G sought for the CBI to investigate into the liquor scam and the FIR against it.

Sisodia and even Delhi Chief Minister Arvind Kejriwal have refuted the allegations against him and as per reports claimed that the central government is misusing the investigative agencies. Kejriwal in a tweet said “Rupee is falling, people are troubled by inflation, unemployment is at a high — these people are playing ‘CBI-ED’, and are busy toppling governments chosen by people and trading barbs the whole day.”

BJP on the other hand has refuted the claims made by Sisodia. BJP’s national spokesperson Gaurav Bhatia commented on this matter while at a press conference at the BJP headquarters, stating that this was due to Kejriwal and Sisodia trying to run from the questions raised about the excise policy by BJP and “That’s why, he is speaking nonsense.”

He also said that the claims made by Sisodia were “baseless” and that “Who can break those whose intention is wrong and thinking so narrow. The people of Delhi are breaking their ego and they should stop doing all this nonsense.”