Home Entertainment 5 Game Of Thrones Fan Theories For Season 8 That Will Change... 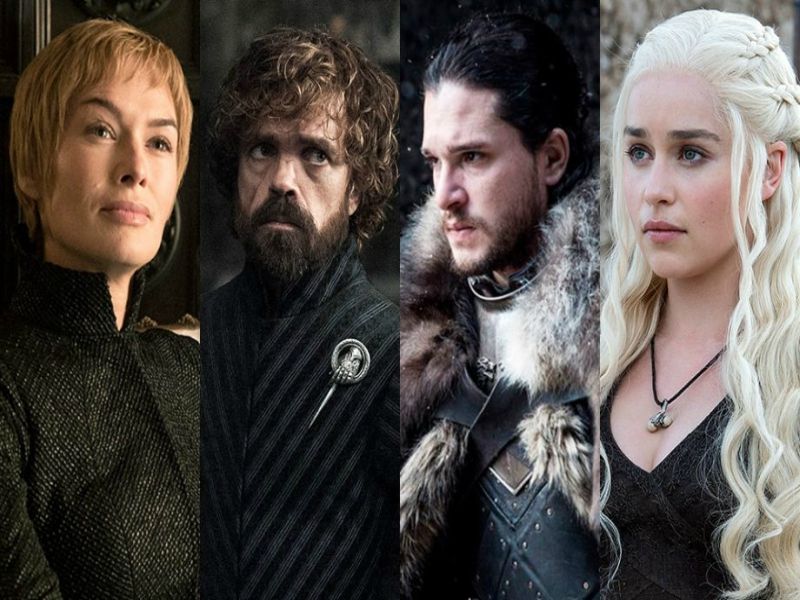 Game Of Thrones season 7 recently concluded its run (with an awkward view of Kit Harrington’s butt that I didn’t want to see) and we can’t help but speculate some popular and mildly crazy fan theories as to how the show will end. Game Of Thrones fan theories for season 8 have set the internet ablaze and we couldn’t help but join the party.

So, we took the liberty to compile the top 5 most popular Game Of Thrones fan theories for you to help you catch up with the show’s trivia and try to connect some dots.

The aforementioned names are the probable suspects for taking up the identity of the legendary Azor Ahai warrior, the legendary warrior who wielded the great flaming sword Lightbringer, which was made by plunging the blade into the heart of his wife, Nissa Nissa.

Game Of Thrones fan theories have pegged Jon and Dany (and I’m pretty sure Jon will kill Dany to become the Azor Ahai) for obvious reasons but what I would pay to see to happen is Tyrion becoming the Azor Ahai since he fits the bill for quite a few reasons:

He freed the dragons in the dungeons (“wake dragons out of stone”), was more like a born-again man at the Battle Of Blackwater (will be born or reborn “amid smoke and salt”), the red comet appeared when he became the Hand Of The King (“when the red star bleeds and the darkness gathers”) and he killed Shae, his lover. Sketchy but he did kill a beloved.

TYRION LANNISTER. MAN, THIS WOULD BE A TWIST.

Cersei Lannister has been one of the most amazing characters of the show and has consistently been targeted as the victim of the Valonqar theory, but by the WRONG CHARACTER.

People have strongly voiced for Tyrion killing Cersei but WHY NOT JAIME LANNISTER? Killing your incestuous sister before she becomes the mad queen is the right thing to do, especially when you have a history as the Kingslayer. Plus, Valonqar in High Valyrian never indicates if it’s a younger or older brother. A particular thread also believes that Jaime Lannister is the Valonqar AS WELL AS the Azor Ahai and you can read about it here.

Also, here’s something to mess with you: Why Is Game Of Thrones Going Downhill And Should Just End Soon Now

#3. The Identity Of The Night King:

OH, COME ON. IT’S GOTTA BE BRAN and even I’m convinced.

Game Of Thrones fan theories threads are universally convinced it’s Bran who’s the Night King and the theory almost checks out perfectly. Time travel, warging, stuck in the body of the Night King via his interaction with the Children Of The Forest, greensight, it all makes sense.

Which brings me to the most important theory of them all:

GOD’S EYE. Yes, The Night King wishes to go to The God’s Eye, reach the Isle Of Faces and finally give life to his army of the undead, making it the largest (?) army in the world OR EVEN BETTER, he’s going to the God’s Eye to wreck havoc over the children of the forest as an act of revenge if in case Bran has finally succumbed to the Night King persona.

Some have also argued that Jon Snow might become the new Night King to bring peace to the 7 kingdoms. *gulps*

It almost messes with your head when you think about it but this plot about Jon Sow seems a bit far-fetched but the God’s Eye argument actually has some weight to it.

Honestly, I’d love to see an anti-climactic ending to the show and not with Jon Snow or Daenerys Targaryen ruling the 7 kingdoms and that’s exactly what most Game Of Thrones fan theories have not talked about. Let’s say Valonqar comes true and Cersei dies, Dany dies and Jon becomes Azor Ahai and Tyrion, Sansa and Arya aren’t exactly the best people to rule the 7 kingdoms and Jon is more of the warrior kind who was crowned the King In The North despite being hesitant.

An anti-climactic ending with no throne will act as a strong symbolism of how far the characters that it’s not always about money, power, authority and position but about harmony and peace.

So enjoy the fan theories while you can. About 2 years to go till Season 8 releases.

Cheers! Do share your comments and fan theories in the comments section!