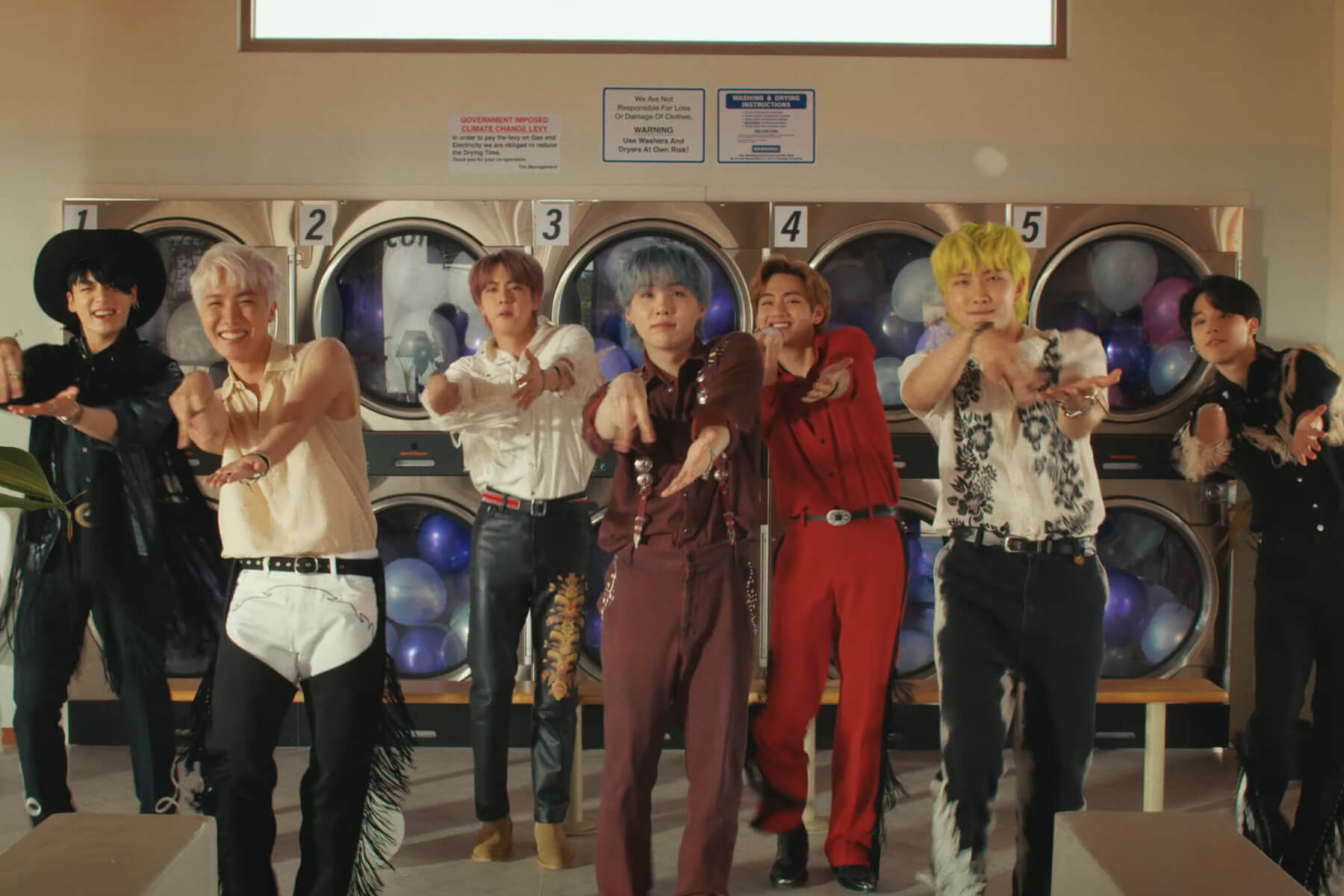 BTS, the global supergroup from South Korea, has just dropped their latest single Permission to Dance, and the fans are already going gaga over it.

The song, a new B-side track to their earlier May release ‘Butter’ has been co-written by Ed Sheeran and is the perfect summer track in all honesty.

The music video to the all-English lyric song features BTS members and various essential workers all giving a message of hope and good times that are coming soon. The song is essentially a feel-good one and reportedly its message is “that you don’t need permission to dance to your heart’s content, dedicated to anyone who is having a bad day or is discouraged in the face of reality”.

As with any BTS music video and song, there were several observations that fans and I made and pointed them out.

Some fans quickly observed that there were some American Sign Language (ASL) gestures incorporated into the choreography of the song.

The members were seen to be using the sign language for words such as dance”, “talk”, and “walk” while dancing to the lyrics. 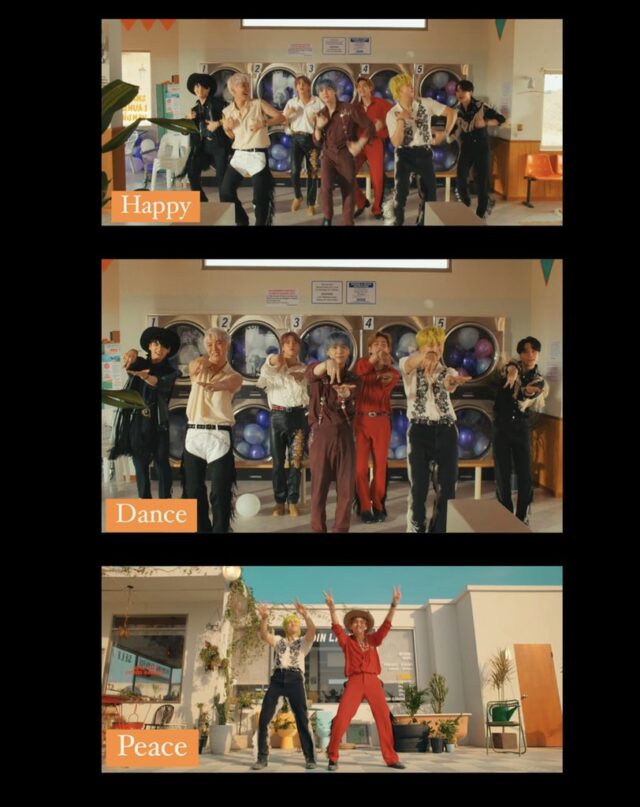 The MV was also applauded for bringing attention to not just essential workers but ones who are often overlooked in the media.

Mostly the media attention is given to the police officers, doctors, nurses and such, however, the MV also gave the spotlight to the ones that are not always in the limelight like the staff at a restaurant, courier delivery persons, janitors, teachers, elderly in assisted living spaces, and more.

BTS And Their English Lyrics

There are two theories in particular that I’ve noticed with the last few BTS songs coming out, and in a single phrase it could be said that their current strategy seems to be of ‘killing two birds with one stone’.

Some people have been commenting on how generic and basic the English lyrics of BTS songs that are fully in English have been. My theory personally is that it is almost intentional and also a bit smart.

Although in the same breath, I also don’t think there is personally anything wrong in giving an honest and unbiased critique of BTS’ music. An ARMY commented to me that opinions like “I wasn’t impressed by the overuse of sopranos across 110% of every verse in this song, much like their latest songs, and I feel like they’re severely underutilizing their baritone and bass. And the cotton candy land that is the music video has gone beyond max vibrance to max hurting-the-eyes” can co-exist with opinions like “Their music style may be mocking the monotony of creativity in generic English pop music.”

Right now, I am focusing more on the reasoning for why I believe their current music is the way it is. And there are two things they are able to achieve with their current strategy:

It’s no hidden fact that the radio in the Western market, especially in the US has not been very favourable to BTS songs even with their popularity increasing by the day and fans clamoring to get their songs on the radio.

Their so-called excuses are usually that the language won’t be understood, many Americans won’t listen to them since they can’t understand the lyrics, it’s not American music and so on.

With these all-English songs, BTS are attempting to not only break that glass ceiling but also highlight the hypocrisy of Western radio where they are more than happy to play ‘all English’ songs of the same band whose Korean songs they have been ignoring for years now.

Radio play also lets them become a much more common name to the Western audience, and considering the extreme fear they have of any ‘foreign’ language, an all English, easy to understand song is the best thing for this sensitive audience.

Getting Comfortable With English Lyrics

I will be the first to admit that BTS’ Korean lyrics far surpass their English lyrics in terms of depth, meaning, symbolism, wordplay and more.

That is obviously since being Korean, they would understand their own language much better than English and would be able to show the full extent of their creative genius.

Right now, personally, it seems as if BTS is being smart with their decision to go with very basic and straightforward lyrics. This allows them to not only get comfortable speaking and singing English words but also gives them greater control over what exactly they are saying.

BTS understands English pretty well that is known, but understanding and speaking a language is quite different from writing and that too writing songs or poems in it.

However, I believe that currently, BTS are being safe with their lyrics precisely to get comfortable in writing song lyrics in English and understand how to go about it.

It could also be so that no one is able to take advantage of the group and make them sing nonsensical lyrics that could potentially offend or mock other cultures, groups, people, religions or even be stereotyping their own culture.

A friend also commented on this topic in a very astute manner saying:

“What I sensed is, for some reason, the lack of depth in their lyrics feels held back, 50% simplified for the masses and 50% condescending.

I don’t mean as if they’re being high and mighty; condescending in the sense that, when you take into account how Namjoon used to reply to interviewers who kept asking for a full English album, or how Yoongi is so (shrug) it’s a fun song that’s it when asked about the inspiration for Butter, it feels like PtoDance is also like a ‘look y’all wanted full English from a K-pop group, we’re not gonna just dish you our lyricism gems right off the bat. OG fans please have patience for a bit while we appease the western fans who are checking us out at the moment’ type of song.

Made and marketed in the name of ‘we just wanted to do a fun little song that is fun, a lot of fun, and much fun for the summer, for optimism, for the smile, for the fun, just dance to it, c’mon it’s FUN.’

If there was scale of 1 to 10 (1 being the most basic generic boyband pop song lyrics, and 10 being top tier HYYH and Tear level lyricism) then Dynamite and Butter fall at 3.

PtoDance falls at a 4.5 maybe. Coz, in it, I see a TINY peek of the real fun Bangtan from their Boy In Luv times. The tongue-in-cheek quirkiness, the lovable dork vibes. But with insane production values, so you don’t see the grit of War of Hormones or the naivete of Boy In Luv. Under the gleam of polish, a bit of that boyishness is lost, but PtoDance feels comparatively more like them than Dynamite or Butter does.

After these three songs, more than disappointment, I feel absolute curiosity. There’s no part of me that feels like they’ve stopped being the BTS with the hard-hitting words and catchy af beats. I don’t feel like dropping them altogether because they aren’t making songs that aren’t catering to my favourite aound. Because they’re slowly raising it.

I’m seeing the gears turn in their heads.

Each English track they put out, I feel like I can see Joon and Yoongi sitting in a board room in their casuals, lips pursed, notepads out, legs folded on the chair, thinking hard, observing the masses, watching the analytics, judging if its time yet.

It is certainly interesting to see the strategy that BTS is using with their English tracks and surely something bigger is coming soon. As soon as BTS gets comfortable with writing songs in English, understanding the imagery, references and more, they will absolutely unleash their actual musical genius in this new language too.

Why Did Bang Si-hyuk, The Man Who Gave Us BTS, Resign From HYBE’s CEO Position?