The National Centre for Cell Science (NCCS), Pune, discovered on the screens of smartphones two bacteria and a fungus, which have never before been reported in scientific literature.

The two bacteria have been named Lysinbacillus telephonicus and Microbacterium telephonicum and the new species of fungi is named Pyrenochaeta telephoni. But, these three microbes are just the new discoveries. In all, your smartphones harbour many more micro-organisms.

Exactly How Filthy Is Your Smartphone?

Yogesh S Shouche from the Microbial Culture Collection group of the NCCS along with his team as per reports collected samples from 27 mobile phone screens and from those samples were able to recognise almsot 515 different bacterial types and 28 different fungi.

The team used sterilised cotton swabs and sterile saline solution to wipe from the surface these microbes which were then grown using standardised culture media at 30 degrees centigrade. Earlier studies in the West have suggested that 92% smartphones have bacteria on them with 16% containing E.coli – the bacteria found in faeces.

MRSA, Streptococcus, and many other species have also been found living on mobile phones. They found that on an average, a touch phone has 25,000 germs per square inch.

This would mean your phone is dirtier than a bundle of notes, kitchen counters, your pet’s eating bowl, the soles of your shoes, and even public toilets. Read More: This Genetically Modified Bacteria Excretes Fuel and Will Be Soon ‘Made In India’ #AcheDinOnTheirWay

The good news is that the situation might not be as bad in India – in the samples they collected at the NCCS, none of them were found to have highly dangerous pathogenic microbes like Staphylococcus aureus, the most common multi-drug resistant superbug.

However, it is important to note that they did not actively sample smartphones used by health care workers where these super-bugs usually reside.

According to research conducted by the University of Surrey, the most common location for microbes to flourish is the part of the smartphone that is also handled the most, the home button.

How Did It Get So Dirty?

Just think about all the places your hands have been. You use those same hands to touch your screen.

Before it becomes a Staph infection, Staphylococcus aureus is actually a pretty harmless bacteria found in your nasal passage. All you need to do is dig your nose, then check your phone, et voila! Moreover, 40 percent of people admit to using social media in the bathroom, according to market research company Nielsen.

I’m sure you think you are just putting your time to good use, but then you shouldn’t be surprised that your smartphone is contaminated with faecal matter.

Also those of you who often use public transport, your phones might have the most germs than anyone. That is because your hands touch surfaces like the pole, seat handles, etc. which god only knows how many thousand other people have touched, and that too probably without washing their hands.

What Can You Do About It?

One of the main suppliers of smartphone glass in the world, Corning, has designed an anti-microbial touchscreen glass. Antimicrobial Gorilla Glass is a thing, and you need it on your smartphone. If you’re not cleaning your phone, you should. Every night. A microfiber cloth will remove most (though not all) bacteria. Manufacturers generally don’t recommend using harsh cleaners like alcohol on your delicate touchscreen, but other safer cleaning products are available in the market. You can also use a wet wipe.

In general, it’s okay if you miss a day of cleaning every so often. But, it’s best to make it a habit.

And do consider not carrying your phone with you on your next nature’s call!

Dirt, Filth, Garbage- The state of our public spaces 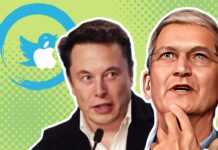 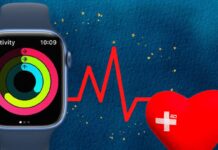 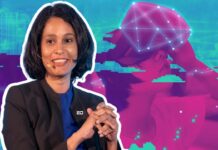 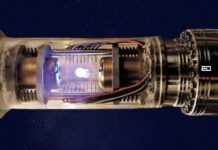