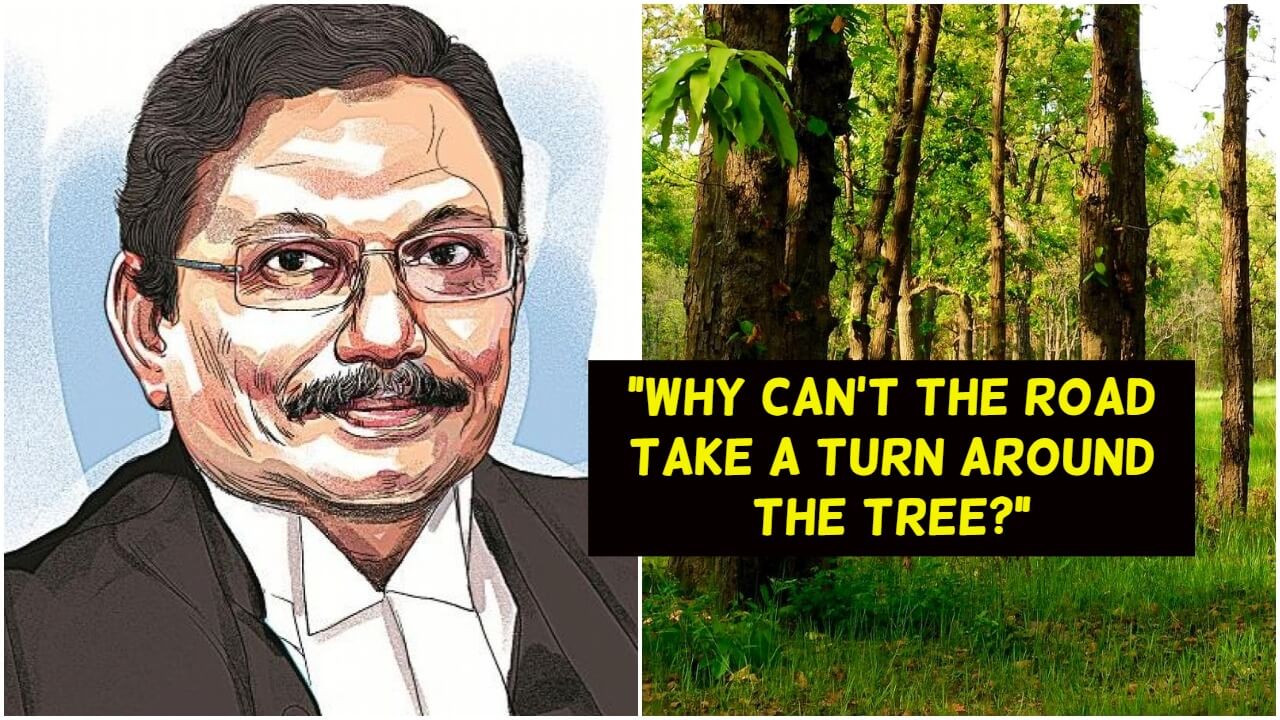 The fight to protect forests from government projects is nothing new. For a few years now, many people have been very vocally protesting against the deforestation of the Aarey forest in Mumbai.

People believe that cutting of trees to make way for man-made things is not the correct way and not only harms the environment but has various other serious consequences.

Now, in a recent report Supreme Court’s Chief Justice of India (CJI) has also spoken about the preservation of trees and how cutting them for a project is not the way to go.

CJI SA Bobde along with Justices A S Bopanna and V Ramasubramanian while hearing an application by the UP Government about their request to cut down trees for the construction of the Krishna Goverdhan road project in Mathura dropped some truth bombs on the authorities.

What Did CJI Bodbe Say?

The statements were made regarding an application that the Public Works Department of Uttar Pradesh Government (UP PWD) and the UP Bridge Corporation had filed.

As per the application, these two authorities were asking for permission to cut down around 2,940 trees for the Krishna Goverdhan road project.

The project seeks to widen a road in Mathura that leads to a Krishna, a Hindu God, dedicated temple and reportedly make it easier for worshippers to visit the temple.

Today, the hearing of that application had taken place at the Supreme Court and CJI Bobde objected to felling such a large number of trees.

Instead, the CJI stated that, “Why can’t the road take a turn around the tree? That will only mean that speed will be slow. If the speed is slow, it will lower accidents and will be more safer.”

The bench also agreed on this thought and in the final order passed said that, “Uttar Pradesh government to ascertain the total number of trees to be felled for building roads. It is clear that only effect if the trees are retained, would be roads may not be straight and therefore capable of high-speed traffic. Such an effect may not be necessarily deleterious.”

As per reports, the CJI even commented that “You can’t fell thousands of trees…in the name of Krishna,” disagreeing with the lawyer on the government’s side when they said they will be compensating for this deforestation.

The UP PWD reportedly said that they will be planting the very same, reportedly several banyan and neem trees being cut in another area so that the damage to the environment is balanced out.

The authorities also assured the bench that they will be making a payment towards the tree fund of the forest department in order to keep up forest maintenance.

As per an NDTV report, the government has said that it will be paying an amount around Rs. 138.41 crores as compensation.

However, the court and CJI Bobde were not satisfied with a compensation in merely arithmetical terms. They also questioned that neither the PWD or the UP government had relayed important information such as the classification of trees like shrubs, large trees and more.

The bench also stated that, “Moreover, there is no information available regarding the age of the trees since it is obvious that there cannot be compensatory reforestation if a 100-year-old tree is cut down.”

The bench feels that it would almost be impossible to compensate the loss of an almost 100 year old tree with a new sapling that is only a few weeks old at most.

However, the CJI commented that only timber value cannot be an accurate evaluation of the trees.

While speaking directly to standing counsel of UP, Senior Advocate Aishwarya Bhati, CJI Bobde said that, “Living trees cannot be evaluated simply on the basis of timber value. Living trees give oxygen. That should be considered in valuation. Oxygen producing capacity of the tree must be evaluated over its remaining life span.”

The CJI further asked the government to evaluate not just the timber value of trees but also the oxygen content these trees would have produced during their life span.

The bench has thus given authorities two weeks to collect the data required by the court such as the various tree types involved in the cutting, their age and total number.

There will be another hearing for the application in four weeks.