The online shopping sector in India is not really going that well, considering the only major player remaining in the news is Amazon.

The other Indian sites that were launched with a lot of pomp and show like Flipkart, Snapdeal, Shopclues and more have seem to faded away. They are still in business, still making some money, but nowhere to be considered the best e-commerce site of the country.

Now, in recent reports it has come out that Snapdeal is planning on acquiring Shopclues in a mega deal costing to about $200-250 million.

What Is The Deal?

According to reports, Snapdeal is in the process to complete an all-stock deal with Shopclues, where it will be apparentle be a 100% buyout.

This will result in the cash exit of Shopclues founders Radhika Aggarwal and Sanjay Sethi with its investors like Helion Venture Partners, Nexus Venture Partners and more becoming a part of Snapdeal.

Shopclues could also be getting something from the deal that around 30% stake in Snapdeal with the investors of the former getting about 1 share in Snapdeal for every 9 shares that they hold in Shopclues.

The buyout is supposed to be around Rs. 20-25 crores and could be a boost for Snapdeal that is struggling against the American retail majors like Amazon.

Even Flipkart for that matter is not fully Indian owned, with Walmart having a 77% stake in the e-commerce site.

To be honest, this merger does not seem to make sense entirely, since both are businesses that are not really doing that well.

At least Snapdeal still has some amount of recall value and thus is in a more powerful position to Shopclues which people barely recognise. But if Snapdeal wanted to really take off in India once more, it would have made sense to buy out a company or organisation that could add value to the main one or bring it in the limelight.

The Flipkart and Walmart buyout was a big one since both are known and established names. 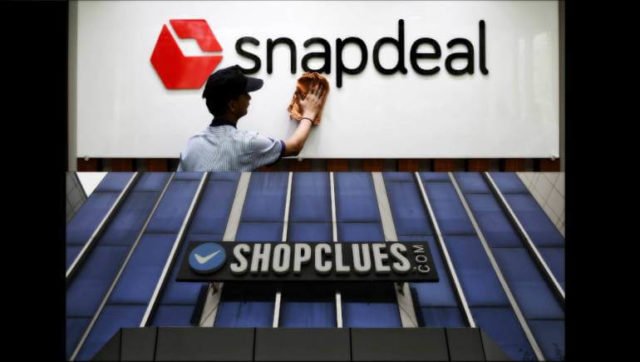 Read More: Did You Know That Snapdeal And Flipkart Might Be Selling Fake Goods? (Video)

Why It Could Make Sense?

Since the competition right now is mainly foreign, there is not much Indian representation in the online shopping industry.

With this deal, Snapdeal and Shopclues could come together to form a united front and give some competition to the other giants.