Home Social Opinions Why Muslims And Bachelors Find It Difficult To Get A House On... 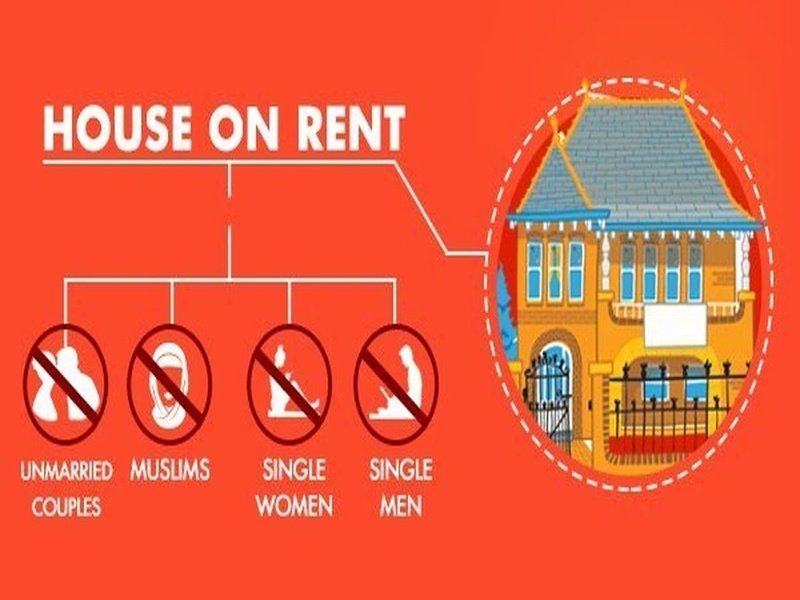 An educated and qualified man moved from a small town to a metropolitan city in India for work. To his delight, he found a well-furnished house available on rent near his workplace. The owner of the house was happy to have him as a tenant after they agreed on the rent amount.

After a week, the man decided to move in to the new place, but was turned down at the last minute.

Why? The house owner realized that he was a Muslim and a bachelor- the two things he didn’t want his tenant to be.

Just imagine how terrible that man must have felt. He studied hard and relocated to a new urban city thinking it will improve his life only to find out that he would only be identified by his religion and marital status.

It is not a fictional story. It is the harsh reality in a lot of Indian cities which allow people to come over for better job opportunities and studies, but don’t welcome them warmly, much less make them feel at home. 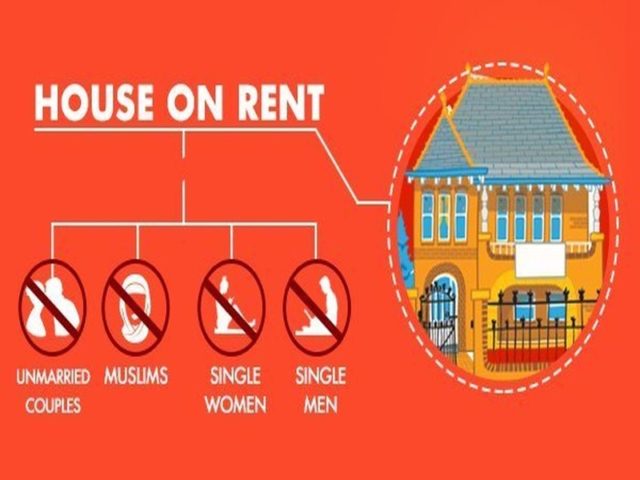 Why House Owners Turn Down Muslims?

It’s a shame that educated house owners continue to discriminate against tenants on the grounds of religion, caste and creed in this day and age while calling themselves “liberal”.

Islam as a religion is misrepresented and misused by those who inflict terror across the world for a cause they are brainwashed to believe in staunchly from an early age.

These criminal activities of a few have led people to perceive Muslims in a bad light. People distance themselves from Muslims and their ideologies and faith for this reason without realizing that no religion preaches violence of any kind.

Also Read: Hindus Will Get A Clean Chit In NRC, Said Amit Shah! But What About The Muslims?

Also, some believe that they would do a disservice to their culture and religion if they allow Muslims to stay at their place. 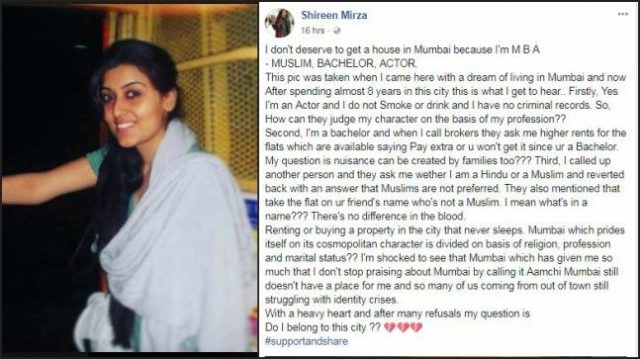 Being A Bachelor Is A Disadvantage As A Tenant

Landlords don’t prefer bachelors as tenants because they think that bachelors don’t maintain the house well in general. Families or couples on the other hand keep the house clean and tidy.

More importantly, bachelors create nuisance when they play loud music and throw parties at the place, which means drinking alcohol and smoking up in some cases.

At times, the ruckus gets out of hand and the house owner gets complaints from the neighbors leading up to a police case.

From a financial standpoint, bachelors tend to relocate and move out faster than couples or families and hence, don’t assure the landlord a steady income.

While some concerns are understandable, others are downright unreasonable when it comes to denying someone a roof over her head.

Pre-conceived notions should not be used to label a person or judge her character, for there is much more to a person than her religious beliefs and relationship status.

If we continue to live with these closeted ideas and opinions, we will stop flourishing and growing as a society.

Others Sreemayee Nandy - June 29, 2022
Too many old clothes to know what to do with? Here’s a list of India-based companies across various locations that help you deal with your...