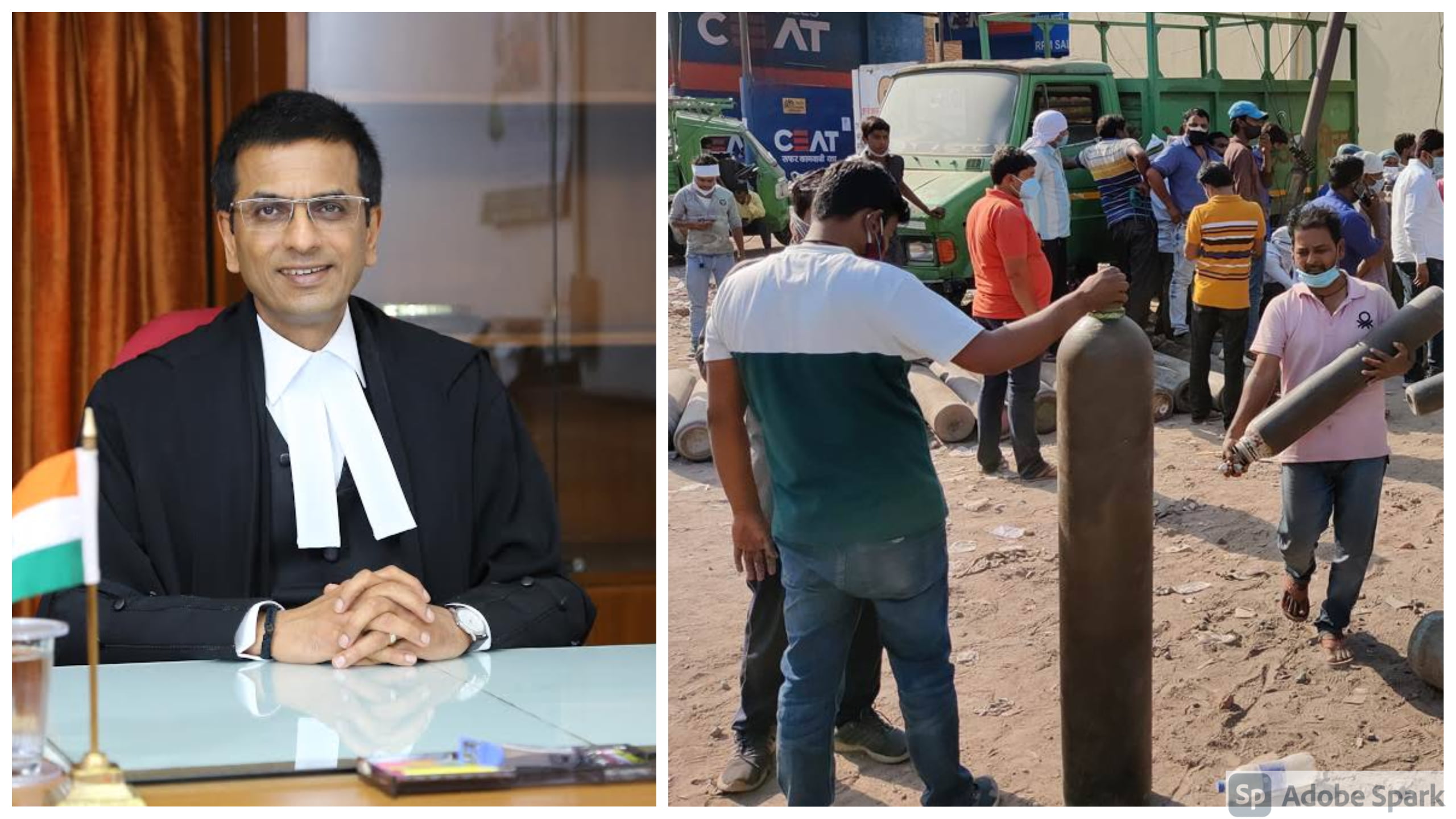 On the 30th of April, as the COVID cases rose to a terrifying degree, Justice Chandrachud held up the beacon of democracy and warned the Centre of a citizen’s right to dissent.

The second wave of the COVID pandemic has taken the entirety of India by storm, with not much to look for in the name of respite.

The Centre as well as a few State governments have proceeded to work in tandem to ensure that the citizens receive no resources either. The apathy, indifference, and inaction of the government have reached an all time high with no redemption in sight.

In the very same vein, we were privy to a truly draconian statement made by the Chief Minister of Uttar Pradesh, Yogi Adityanath, stating that anybody taking to social media to spread ‘rumors’ about hospitals not having enough oxygen cylinders, would have their properties seized by the government.

This statement comes at a time when a truly frightening number of patients have found themselves bereft of beds and the primary olive branch of life- oxygen. Most have lost their lives in their battle against the biological function of respiration, with their oxygen saturation dropping as low as six. Uttar Pradesh was no exception to the entire ordeal.

Amidst this tremendous upheaval, came about the ‘rockstar’ of the Indian Judiciary, Justice Chandrachud. His declaration concerning the slated apathy of the governments was celebrated all across the country. The people had realized that if not the government, the judiciary would support them throughout.

Who Is Justice Dhananjaya Yeshwant Chandrachud?

He was loved and reviled at the same time by every other person belonging to the colorful spectrum of political stances. He could be the most liberal progressive judge one could know at one time while turning to the farthest of conservatism in the very next second.

Justice Chandrachud has been instrumental in furthering a number of revolutionary judgments that have defined India’s socio-political aspect.

He exclaims himself to be an ‘objective nationalist’. Thus, while doling out his brand of justice, he ensures to stay true to the holy book of India’s democracy- the Indian Constitution.

Although in recent years, a few of his judgments have been regarded as questionable, to say the least, Chandrachud has guaranteed to ensure that his judgments do not overstep the boundaries.

Also Read: Justice Chandrachud Being The Lit Judge That He Is

Often regarded as one of the few harbingers of justice in the Supreme Court, Chandrachud claims to not follow any set political leaning. He has always tried to incorporate a sense of inclusiveness in his judgments, in both senses of legal as well as substantive equality.

Justice Chandrachud: The Rockstar Of The Indian Justicar

Justice Chandrachud gathered his ground, as the center went about curbing any and all movement spread by the citizens. Citizens who were spreading information concerning COVID-19 resources were threatened into dropping the cause of resourcing altogether by the government.

Furthermore, the Centre was adamant about trying to make citizens answerable to the tipping hat of a police’s baton if they were found demanding oxygen. In hindsight, Chandrachud’s eternal pursuit to attain absolution for the discriminated and the wronged was perceived in this instance as well.

Chandrachud, leading a three-judge bench on a hearing concerning the distribution and essential services during the second COVID-19 wave. The hearing comes at a time when eminent leaders such as Yogi Adityanath went on air to state that he would implement NSA on anyone trying to spread ‘rumours’ about the unavailability of resources.

The unadulterated implementation of oppression and governmental repression caught wind of Justice Chandrachud, as he went on to state,

“We want to make it very clear that if citizens communicate their grievance, there is no reason to make a presumption that those are not genuine… Let us hear the voices of our citizens and not clamp down their voices.”

The judgment later passed stated that any and all persons could dissent against the government, and any government seeking to infringe upon the same would be going against the spirit of the Constitution.

No government has the administrative right to curb a citizen’s voice. Coupled with this, the SC bench also arrived at the unanimous decision that the Centre will have to make the vaccination program more inclusive to the entirety of India.

The private sector model of citizens having to pay for the vaccine has to be terminated, and the vaccination will have to come under the National Immunization Policy. This will ensure that the vaccines reach even the most marginalized of societies without any issue.

It is common knowledge that a few of Justice Chandrachur’s judgments have been in questionable taste. However, he has stood ostensibly and in tandem with everything the Constitution stands for.

He has been the bulwark of the judiciary and has also been the ray of hope for the many citizens of India. Propagating the ideals of democracy, he has never let himself get swayed by public or authoritative pressure. Although, as stated before, there have been instances when he has played the foul trumpet of the authorities.

He is undoubtedly the rockstar of the Indian judiciary. However, as far as celebrating an icon goes, he should be celebrated. Yet, we shall remember that he gave Arnab the benefit of doubt that the other journalists never received. Hopefully, we shall continue seeing him rise to the occasion more often in the near future.

Structure Of Our Society Created By Males For The Males: Supreme Court

Reviews Brand Voice - September 16, 2021
16th September: You cannot serve God without serving humanity, and the importance of this service was never understood more clearly before as much as...