Our friendly neighborhood “eccentric” centibillionaire, the CEO of SpaceX and most importantly, the major shareholder of Tesla, Mr. Elon Musk is back with yet another eccentric decision.

If you have an active Twitter account and happen to follow Musk on Twitter, then you might have been a witness to most of his major life decisions firsthand. What has he done now? Oh, he has decided to sell 10% of his Tesla stock which is worth a whopping value of $20 billion. 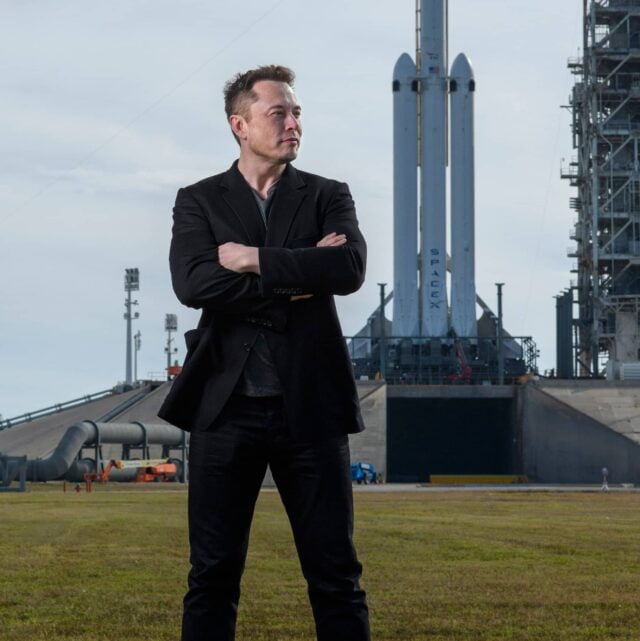 Elon and his decisions have always been at the forefront of global news. The man is truly influential; one just cannot stop talking about his life and recent developments no matter what.

Remember when he named his son ‘X Æ A-12’ which had all of us scratching our heads for a considerable amount of time?

Then he proceeded to tell us that it is pronounced as “cat running across keyboard” in his SNL monologue as the Saturday Night Live host. Hence, it is really no surprise that he would decide to sell his Tesla stock via a Twitter poll.

What Actually Triggered This

On yet another Saturday, Musk decided to enlighten us with a choice. He posted a Twitter poll asking his 62.9 million followers on Twitter about whether he should sell his Tesla stock.

The poll has garnered almost 4 million votes since then, with 58% in favour of Musk selling the stock. So it is likely that he has decided to abide by the outcomes. Democracy has spoken after all!

Much is made lately of unrealized gains being a means of tax avoidance, so I propose selling 10% of my Tesla stock.

Do you support this?

Well, the reality is not quite as transparent. Reportedly, Musk has been facing a $15 billion tax bill on his stock making the outcomes of the Twitter poll null and void.

The decision might be pre-determined as there really is no choice in the situation. The company has recently revealed that Musk has taken out loans using his shares as collateral and with the sales, he may want to pay back his obligations.

Mr.Musk was awarded options in 2012 as part of his compensation plan. As he does not take home a typical salary or cash bonus, his wealth is acquired by his stock awards and gains on Tesla’s share price. Tesla shares closed at $1222.09 on Friday, meaning Musk’s gain on the shares totals to $28 billion. 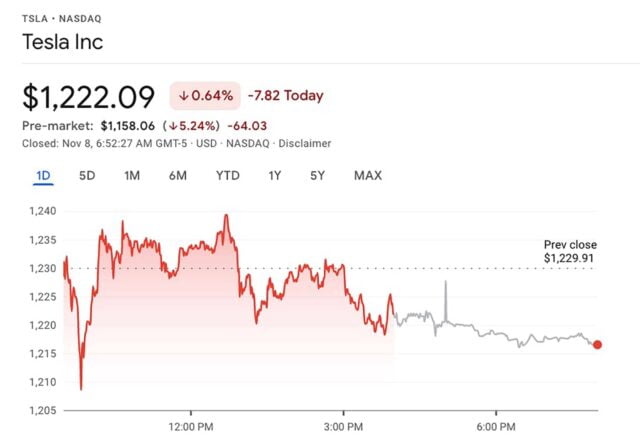 The options expire in August of next year but Musk still needs to pay income tax on his gains in order to exercise them. Since the options are taxed as an employee benefit or compensation, they will be taxed at top ordinary-income levels, or 37% plus the 3.8% net investment tax.

He will also have to pay the 13.3% top tax rate in California since the options were granted and mostly earned while he was a California tax resident. Combining the state and the federal tax bill gives us a number of 54.1% which totals up to roughly $15 billion at the current price.

All CEOs have a limited window in which they need to sell stock. Analysts and tax experts have been expecting Musk to start selling in the fourth quarter of 2021 as it is likely that he would want to stagger sales over at least two quarters.

What Is Happening To Tesla Stock?

Tesla is in hot water now as its stock took a hit of $60 million on Monday following Musk’s Twitter poll. Fun and games aside, questions are being raised about whether he violated his settlement with the U.S. Securities regulator once again.

Musk’s tweet renews questions about whether he is in compliance with a 2018 settlement with the U.S. Securities and Exchange Commission (SEC) that requires material tweets about the company to be vetted by a lawyer. The SEC, which declined to comment, had found Musk violating the agreement in 2019 and tightened it.

Philip Moustakis, a former SEC enforcement attorney and counsel at Seward and Kissel LLP in New York, said if Musk had failed to get the tweet cleared then it may have violated the settlement. But if the SEC took action, Musk would have a “good argument” if his tweet protected shareholders by cushioning a decline in the stock price. 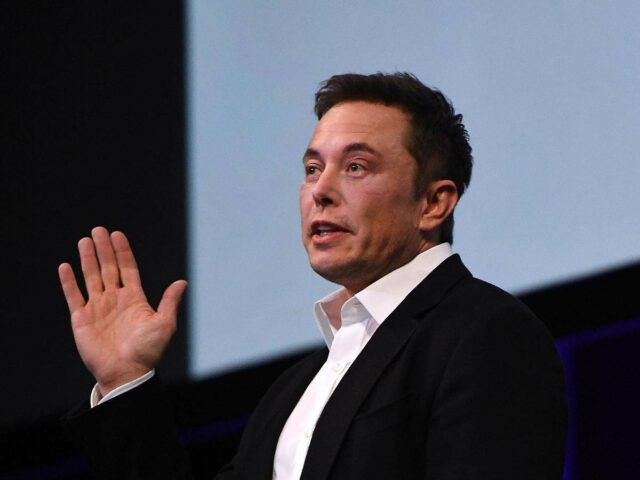 “Maybe by making this mini circus out of it Elon actually softened the impact on the share price because he provided an explanation to the public as to why he is selling,” said Moustakis.

The billionaire, known for his Twitter banter and lively interactions with followers, was fined $20 million by the SEC for tweets in 2018 and required to step down as chairman.

Well, no matter what the outcome of this is going to be, the common public will definitely have the front row seats to the entertaining mayhem that is the Elon Musk Show.