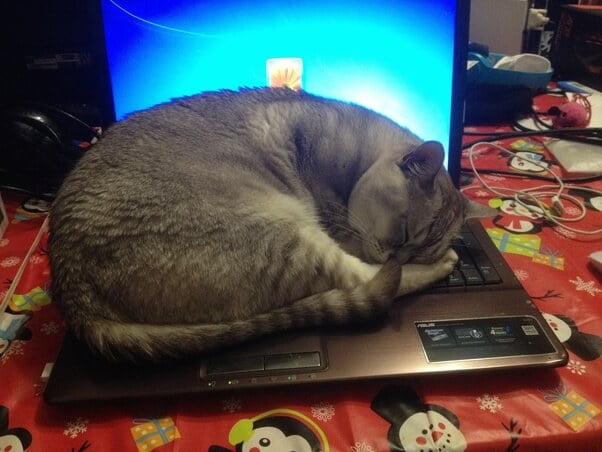 Cats sleeping on laptops or sitting on them is often the cause of viral Twitter threads or memes.

We have come across various videos and images of cats sitting on laptops that make us soft at how adorable they look.

Then there are the memes of how it is just a ruse by them to interfere in our work and not let us do it.

And there are a lot of them: 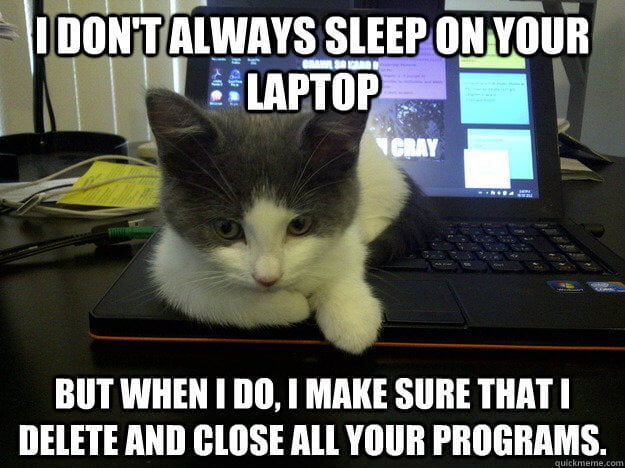 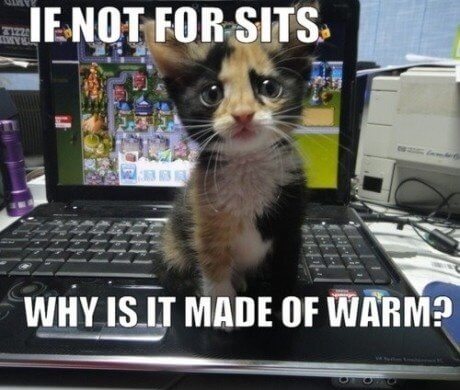 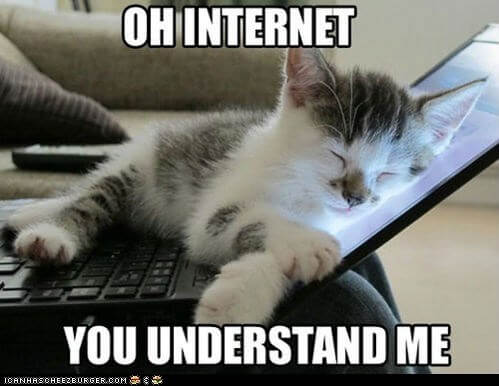 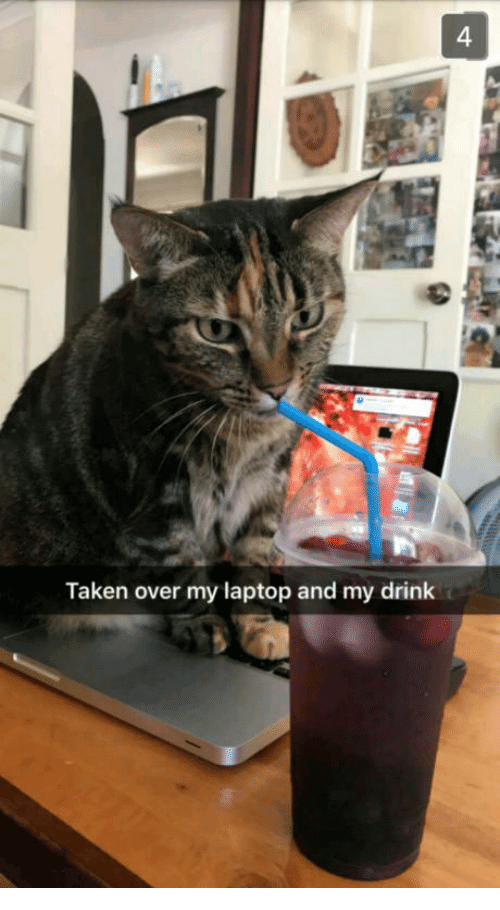 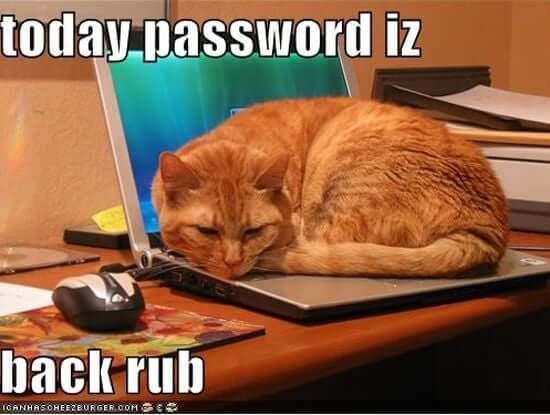 However, there might be a more scientific reason for cats doing this than just to gain internet fame.

Yes, cats sleep on laptops due to some very real reasons that are related to their body and some even psychological.

Cats have a high body temperature compared to humans, resting at a good 102 degrees. However, when they are using their energy to be warm or cool off, that is usually when they are relaxed, their temperature can range from 80 to 100 degrees.

During those times, cats like to search for warm places that can help them keep warm and cozy. So they look for spots like blankets, or even your laptop screen or keyboard.

We all know how warm our screens and keyboards can get with constant usage, especially if we’ve been working on it for an hour or more.

The device becomes even warmer if we are using it holding it on our lap with our hands. Even we humans use the laptops warmth during winter season, by keeping them close to us. 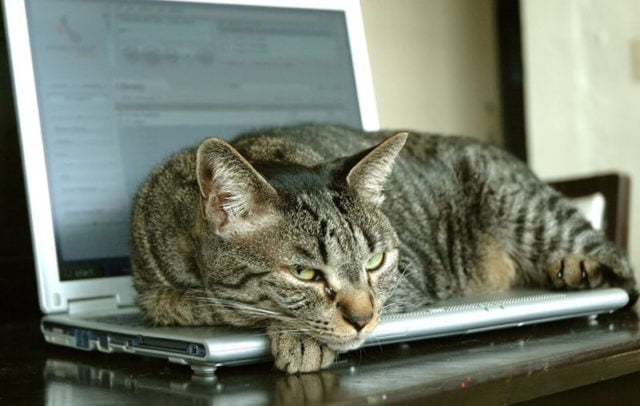 Read More: Even Animals Get High: Here Are Some Nature Junkies For You

Be Close To Their Human

Besides keeping warm another reason for doing is that cats want to be close to their human.

As per Amy Shojai, who told Inverse, the placement of the laptop usually being our lap is important. The lap according to the animal behavioural consultant is “prime kitty territory.”

She added that, “You stare at it constantly, and the cat would prefer you direct your attention to them, so it gets in between you and the screen.”

It is not just her saying that, but is supported by various other cat and animal behavioural consultants that the primary aim of the cat is to get their human’s attention.

Domestic cats observe the undivided attention that humans often pay to devices like laptops and computers and believe that placing themselves on them will provide them with the attention they seek.

Humans further support this notion in cats when they pet or talk to the cat, which makes them repeat these actions. They become convinced that once they sit on the device they will get what they want which is attention.

Another reason is that these devices often bear a strong scent of their human. Cats are heavily influenced by smell, which is almost 40 times stronger than humans according to I Hearts Cats.

And the fresh scent from sweat and current usage that is left on laptops makes it their prime target.

It could also just be cats marking their territory by rubbing their scent all over the device. HelloGiggles stated, “That’s why you’ll see cats rubbing their face on the edge of your book or on the keyboard of your laptop. They’re trying to transfer their pheromones to the object, because if it’s taking up so much of your time, they figure it’s important and they want in on the action.”

Other animals also do it, rabbits rub their chin on things they claim as theirs, so they will do it even non-living objects like their food box, toys, boxes etc.

So the next time you see your cat all over your laptop, it’s just better to switch off work and give them the attention they rightfully deserve.