Home Entertainment Why Did IMDb Change The Rating Method On The Kashmir Files’ Page? 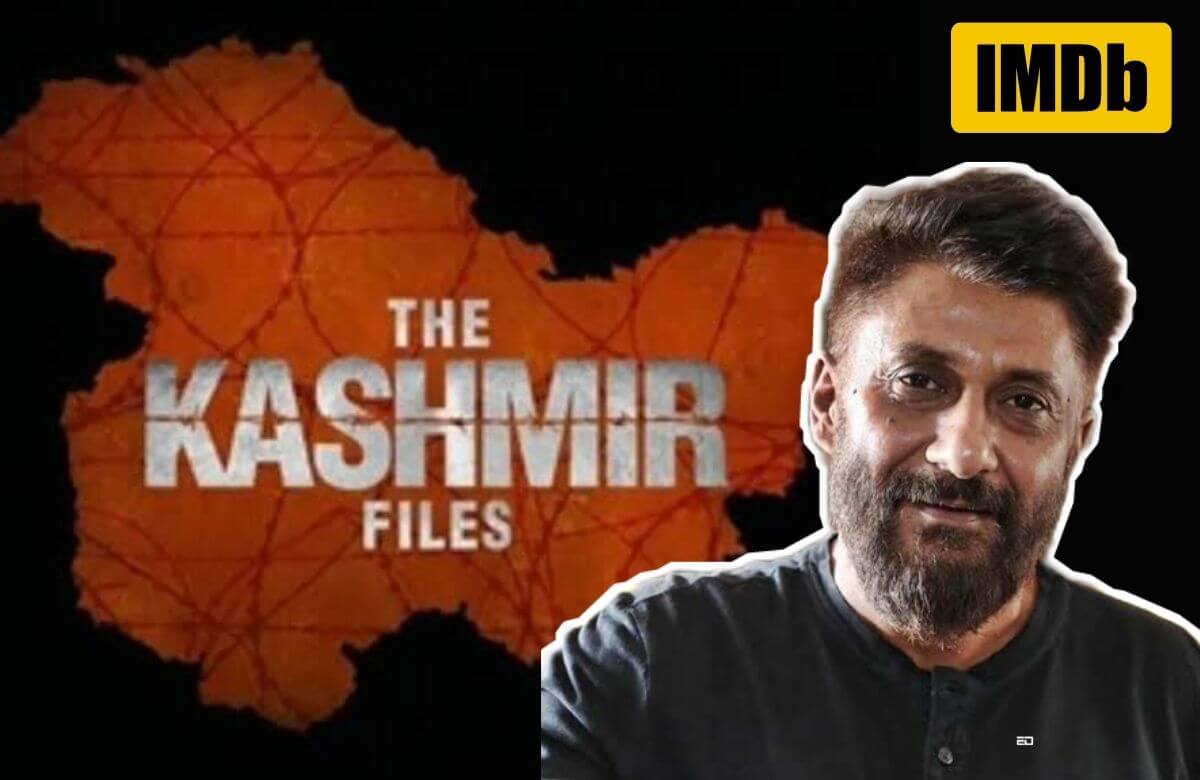 The Kashmir Files, a Hindi language Indian film is setting fire to the box office and setting records given how the film is clearly made on a small budget and does not star any big commercial actor.

The film is based on the exodus of Kashmiri Hindus in the 1990s during the Kashmir Insurgency. Written and directed by Vivek Agnihotri the film star some extremely capable and accomplished actors like Anupam Kher, Darshan Kumar, Mithun Chakraborty, Pallavi Josh and more.

The film was released on 11 March 2022 across theatres in the country and within just three days of its release it has already become both a commercial and critical success.

However, with the success there has also been a lot of controversy surrounding the film, pretty much due to the very sensitive nature of the subject it deals with and frankly how little has been shown of it in mainstream media.

In light of this, news of how IMDb changed its rating method for the page of The Kashmir Files could be confusing for some. 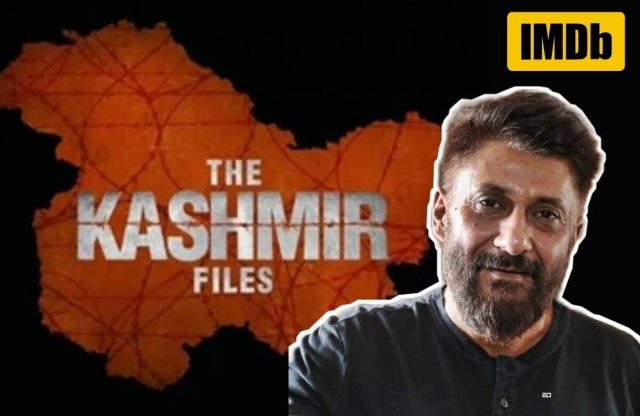 Why Did IMDb Change Its Rating System?

The Kashmir Files obviously had its page on the platform, but recently the film’s rating page changed from the usual raw data average to a weighted vote averages.

The reasoning for this was due to ‘unusual voting activity’ that was detected on the page and in order to keep it transparent apparently the rating method was changed.

As per IMDb ‘Our rating mechanism has detected unusual voting activity on this title. To preserve the reliability of our rating system, an alternate weighting calculation has been applied.’

This is apparently referring to how quickly and in quite a large number the film is getting extremely high scores. As per reports the film currently has a score of 8.3 out of 10 with 231,676 IMDb users doing so. 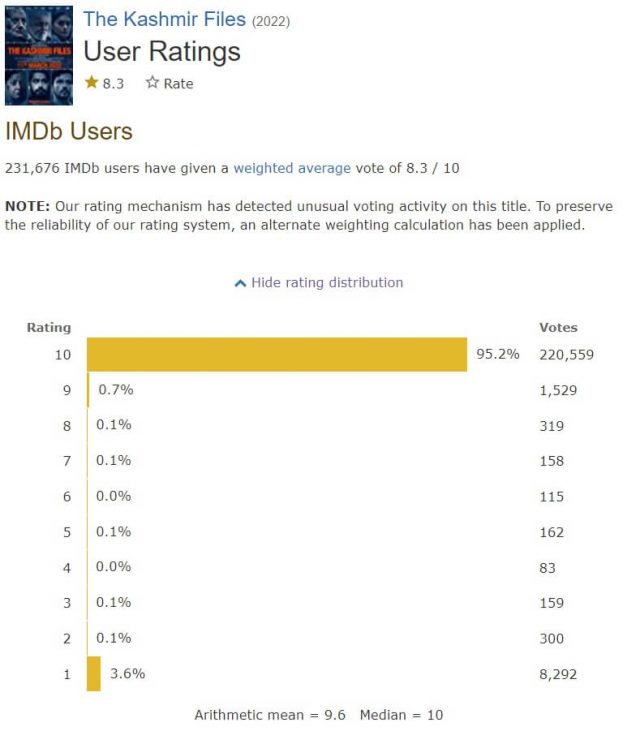 The website explained this new method stating that “IMDb publishes weighted vote averages rather than raw data averages. The simplest way to explain it is that although we accept and consider all votes received by users, not all votes have the same impact (or ‘weight’) on the final rating. When unusual voting activity is detected, an alternate weighting calculation may be applied in order to preserve the reliability of our system. To ensure that our rating mechanism remains effective, we do not disclose the exact method used to generate the rating.”

The new weighted rating shows that around 95.2% of people gave it a 10 rating while around 3.6% gave it just 1 rating.

Commercially the movie collected an impressive Rs. 27 crores on its opening weekend.