Cricket has always been more than a game for Indians. It is the heart and soul of many in our country. Whenever there is a big cricket match, like India and Pakistan, everybody stops what they’re doing and focuses on the game.

We all have watched these matches because of the hype around it, even if we had no interest in cricket. Nothing unites India more assuredly than this game.

Why Are Indians Obsessed With Cricket?

One way the Britishers made cricket so famous in India was by imposing their culture and traditions. For many years, only men used to play cricket because Indians were introduced to it as a sport played by English men. This led to a widespread belief that cricket is a man’s game.

With India’s independence, many thought that cricket should be banned as it was like a slow poison blocking the path to freedom. But for others, it was a way to break the deep-rooted social boundary in the society.

So how did a sport, which originated in England in the 16th century, became our obsession? There isn’t a typical Indian who does not drink chai three times a day and takes a nap in the afternoon. This game is just made for us!

It amuses me that one could spend the entire match standing on one side of the field and might not even get to touch the ball even once! These matches go on for hours, sometimes the entire day or even for weeks!

Test crickets are the best way to test someone’s patience. Yes, that’s how slow this game is.

Another thing that makes Indians obsessed with the game is that we love to analyze and argue. Every corner, you will see someone arguing about politics, cricket, or just arguing in general.

The Iconic Status Of Cricketers And IPL

After the Indian national cricket team won the 1983 world cup, the game gathered a huge following. Since then, we see kids playing the game on the streets which are also known as Gully cricket.

India has many coaching centers for the same where kids and even adults could practice. Almost every state or territory in the country has at least one big cricket stadium.

Cricketers in India achieved iconic status. They were and still are adored by the public even more than any movie superstar. Fans even made temples for some of the cricketers. That’s the kind of special god-like status they enjoy.

Indian Premier League, also known as IPL, was another factor that contributed to making cricket a big business. The amount of money flowing into the game is phenomenally huge. IPL was launched in 2008 and is worth 47,000 crores in 2019. Loud pop music was used in IPL promotion ads, and even huge celebrities had their teams!

Even movies were made on big cricketers like M.S. Dhoni and Sachin Tendulkar. Enough to gain attention, right? 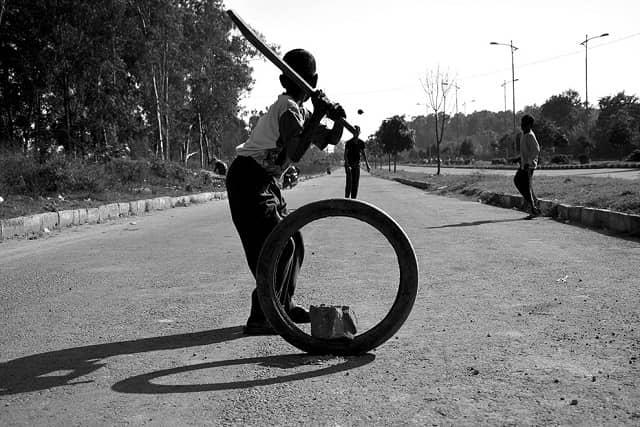 Cricket has never lacked talent and exposure, especially in India. But what is saddening is that sports like hockey, badminton, athletics, etc. were left far behind even though they had exceptional talent and won major trophies.

There should be more broadcasts on Indian television to make people aware of the progress that is being made in other sports. It is high time that we give them the recognition that they deserve.