So many historical legends influence our lives in one way or another. We mold our lifestyle, behavior, and even expressions in an attempt to emulate such inspiring personalities. Their professional success seems so astronomical that we revere them as literal saints. However, on the ground level, these good guys in history may not be as good as their glittering image, and may actually be terrible people.

Famous people whom we read about in our history textbooks in school and newspapers are presented as amazing people who worked tirelessly for society’s good.

However, wearing those unfiltered history glasses may reveal an unfamiliar monster hiding behind those faces. Here are six historical people who got away with some pretty dark stuff. 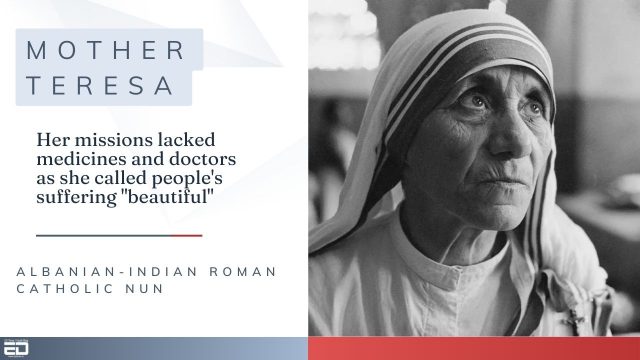 Born in 1910 as Agnes Gonxha Bojaxhiu in Northern Macedonia, she came to Kolkata in 1929 to teach as a Christian nun. Apparently she had a vision of Jesus after the famine of 1943 directing her to help the impoverished and downtrodden people of Kolkata.

A recent documentary on her revealed that she “covered up for the Catholic church’s greatest excesses and seemed more drawn to poverty and suffering than to genuinely helping people escape it”, as reported by The Daily Mail. Using her reputation, she helped the church in mollifying charges of child abuse.

Most of her missions were disorganized, bereft of doctors, and deprived of food and medicines. Apparently, Mother Teresa found the suffering to be beautiful. While writing to Christopher Hitchens, she said, “There is something beautiful in seeing the poor accept their lot, to suffer it like Christ’s Passion. The world gains much from their suffering.” But her own health was ensured in top-class American hospitals. 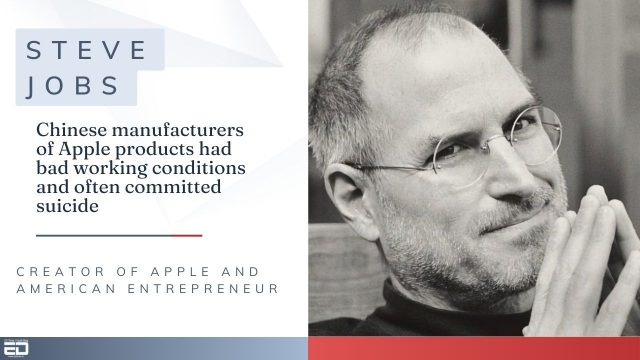 Apple creator and legendary entrepreneur Steve Jobs may seem like a saint for Apple fans, but actually he was more human. According to the documentary ‘Steve Jobs: The Man In The Machine’, Jobs had contracted Apple’s manufacturing to Chinese factories. The working conditions there were so abysmal as to drive some workers to suicide.

He also allegedly backdated Apple stocks in the hope of minting money. When questioned by the Security and Exchange Commission, he first denied it, then later shifted the blame on his Chief Financial Officer.

Read More: Donald Trump As Voldemort? Elon Musk As Tony Stark? What Super Villains And Heroes Would Famous People Be? 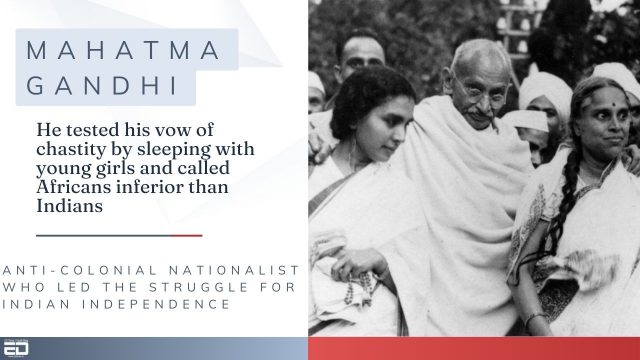 The father of the nation, also renowned as the propounder of non-violence in political battles, Mahatma Gandhi had another darker side to him. In South Africa when he was fighting against the British, he had apparently admitted that Indians were somewhat superior to Africans.

At the age of 38, he had taken a vow of chastity. He tested his sexual restraint by getting girls as young as 18 to sleep with him, and that too without clothes. In contrast, his married disciples were made to live separately, and barred from sexual contact. I guess Bapu may not have been such a great role model for girls, despite the magnanimous work he did for the nation. 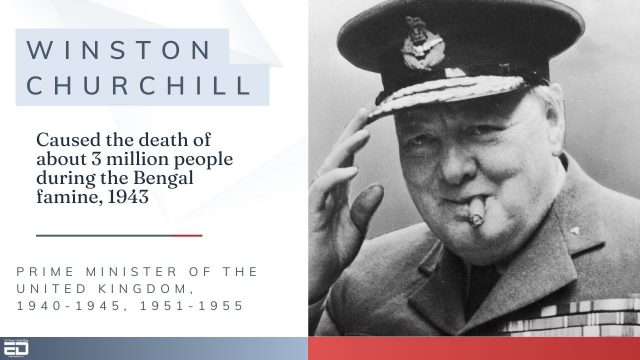 Hailed as a freedom fighter in the West, Churchill is respected as the strongest British Prime Minister who fought the Nazis and saved Western liberal democracy. But he was a white supremacist and imperialist as well.

He had openly admitted, “I hate Indians.” He also claimed, “They are a beastly people with a beastly religion.” He single-handedly caused the 1943 Bengal famine to happen, denying aid and resources to the ravaged people. Basically, he let 3 million people perish.

Later he cooked up a reason for the debacle, saying it was the Indians’ fault for “breeding like rabbits”.

When the Kurds living in northwest Asia sought independence, he denounced his colleagues for hesitating to use extreme methods. He said, “I am strongly in favor of using poisoned gas against uncivilized tribes…it would spread a lively terror.” 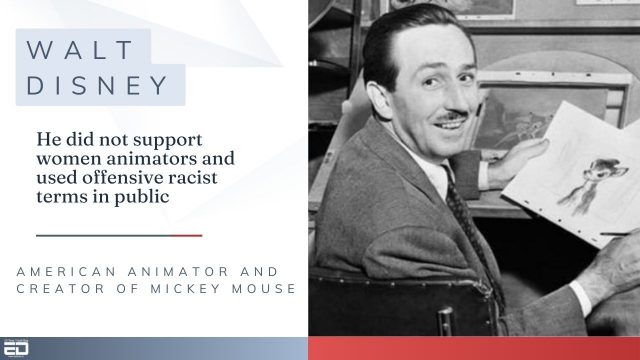 He is loved by children all over the world for his immortal creations like Mickey Mouse and the Disney Princesses. But Walt Disney had a fair share of awful vices. He was a misogynist, as evident from the time when he rejected an application from Mary Ford, a woman aspiring to be an animator.

He wrote, “Women do not do any of the creative work … as that work is performed entirely by young men. For this reason, girls are not considered for the training school.”

Disney also sported a racist side, using offensive terms in public. For instance, he referred to the seven dwarves as a “negro pile” (don’t use the term, it’s too offensive) in official meetings. Also, words like “pickaninny”, an old slang for black children, could be heard from his mouth. 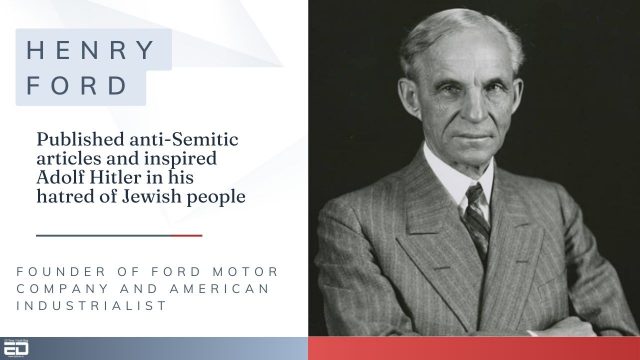 One of the greatest American entrepreneurs and innovators, Henry Ford remains an inspiration for engineers across the world. But you know who else was inspired by him? Well, that’s Hiter. The Henry Ford Museum says, “Ford’s anti-Jewish sentiments ran deep.”

Ford published his anti-Semitic articles collectively in ‘The International Jew: the World’s Foremost Problem’, a book that sold millions of copies. Hitler referred to him as the only American untainted by Jews. “Only a single great man, Ford, to their fury, still maintains full independence.”

Well, that was a number of people historically important for their famous as well as infamous deeds. There are so many others who wear the garb of an ideal hero, but hide their vices in the shadows.