Bitcoins are a very difficult thing to wrap your head around. Even for a technologically adept guy like me, just reading through the documentation surrounding this virtual currency gives me a headache.

Be that as it may, this currency has broken all expectations. From being called a gimmick to rising meteorically to astronomical heights and still going. And so the question: Bitcoin or Banks? But the facts of this rise isn’t what we are going to talk about today. Rather, we’ll be talking about the reasons behind it, or more specifically the reason.

That’s it. The current $12,000 value and the projected rise boils down to this one simple word: confidence, confidence in the system. Confidence that the users will not be cheated on by this currency, confidence which is shifting away from traditional banks and is precisely the reason for this rise.

Now you might wonder why this confidence is shifting away from these staunch financial institutions, who have safeguarded money over the centuries and have never, ever lost it…

Oh wait, they did. And they do and will keep doing it.

My fellow EDian just told us about it: Govt. To Allow Banks To Use Depositors’ Money To Save It From Sinking As Per The Proposed Bail In Provision

Remember the 2008 recession, it was caused by banks recklessly investing the money they had and then losing it, except it wasn’t their money, it was the people’s. And banks can somehow do that, legally-ish since you can’t technically know what the bank is going to do with your money once you have deposited it. 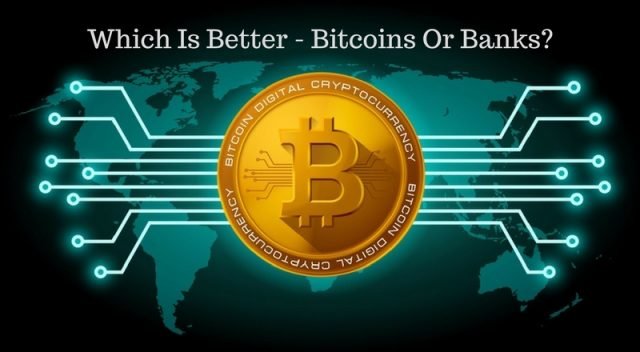 That does not happen in bitcoin, or any other virtual currency because of how they are built. All bitcoin transactions are recorded on a public ledger, yes you read it right, PUBLIC.

So, any transaction that you make with your unique ID is recorded publicly on a ledger which is not centralised, so one person can’t change it on his own. It would require massive resources to do that, and even then it’s not easy.

This transaction is confirmed within 10 minutes and within an hour it is impossible to change it.

This inbuilt openness and the security that is ingrained into the system provides a lot of confidence to investors, as is apparent. This security is so manifold that it will take insane amounts of computational power and programming genius to break this system.

Another benefit that increases confidence is the fact that there are a limited number of bitcoins, approximately 21 million. After that, you can not physically produce more, unlike currencies.

Printing more currency is very, very risky. Most recently in Venezuela, the government printed more and more money to beat rising prices. But this only depreciated the value of the currency, leading to a crashed economy.

This can’t happen in Bitcoin.

This is why people have so much confidence in Bitcoin. Because they have seen how reckless financial institutions are with their money.

While the leaders of these institutions get away score free, it is the common people who suffer. The 2008 crisis was just an example that had huge consequences, but this happens on a small scale all the time, even here at home.

Ever heard of banks that shut down, or are failing, what do you think they did?

The govt even suggested a bail-in measure for failing banks which will mean that a failing bank can resuscitate itself by making its depositors and creditors i.e. the common people take a loss.

People, as a result, would rather invest their money somewhere where they can see where it is, rather than behind closed doors. And thus we see this meteoric rise in virtual currencies.

Now, be warned that Bitcoin is not infallible. Like all currencies, its value is not inherent. The value comes from the people who give it this value. If tomorrow people stop taking dollars for goods and services, that’s the end of the dollar. Same with bitcoin.

It’s nothing but the confidence which props it up. No confidence, no value. But, right now, as compared to traditional banks, the confidence is sky high and will continue to grow as more people discard their misconceptions and embrace the future of currencies.

Laxmicoin, India’s First Own Digital Cryptocurrency: Here’s All That You Need To Know