Home Lifestyle What Makes ‘Whale Vomit’ So Expensive That 1 Kg Of It Can... 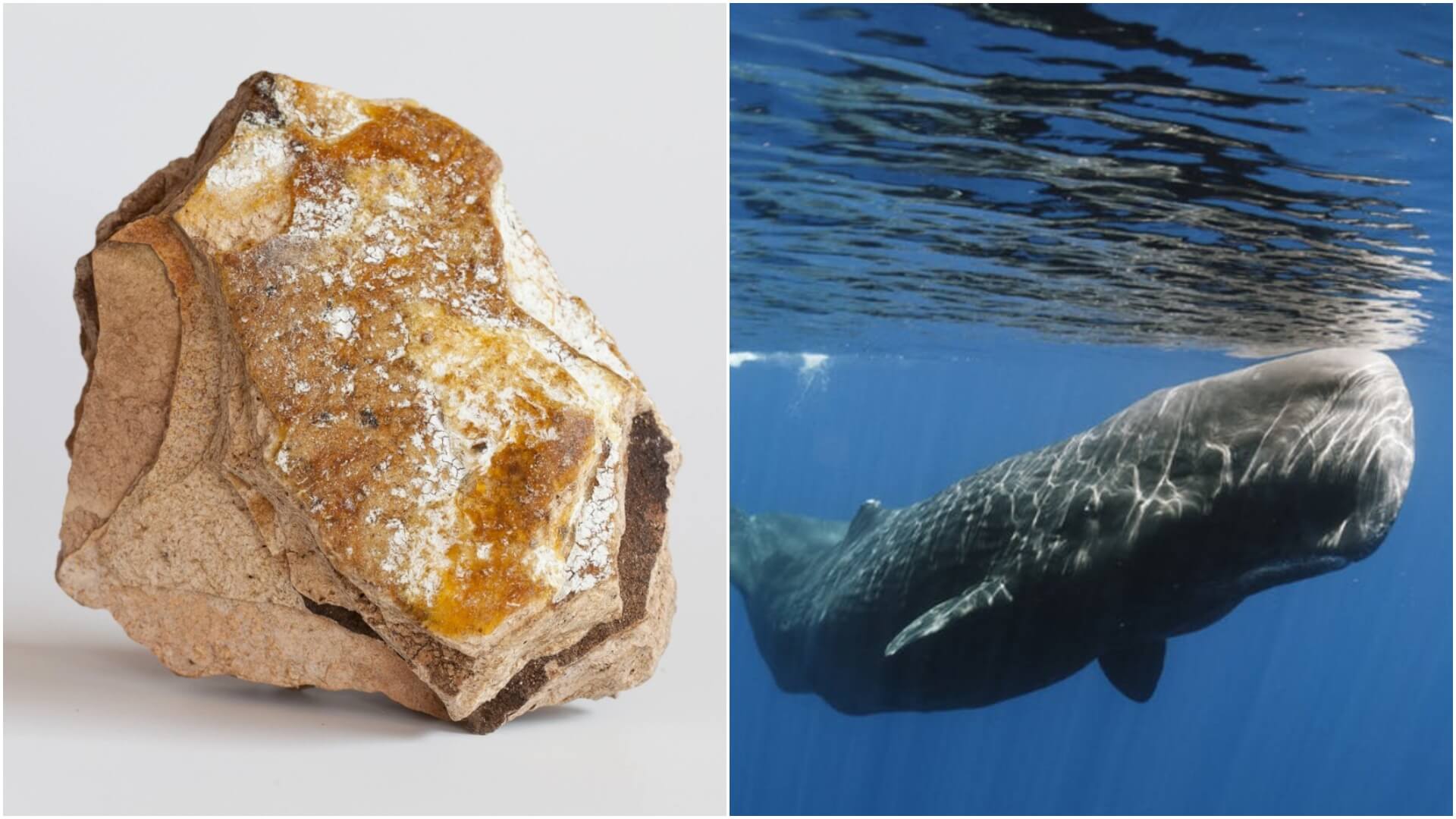 There are certain things that might seem disgusting to us common people, but in their own markets, their value is immeasurable.

Across the world, you can find several things or items that sound really icky but their uses and need in certain industries have raised their cost to unimaginable degrees, making them extremely expensive and something that people want to find just to get that money.

One of those things would be ‘whale vomit’ or better known as Ambergris. Ambergris is a French word meaning grey amber, however, while the word ‘vomit’ might sound horrible, you might be shocked to know it is an extremely expensive item with almost its own black market.

In the very recent times, Mumbai Police has had two cases come up where they arrested a group of people trying to sell whale vomit or Ambergris.

Ambergris, whale vomit or as it is also called ‘Floating gold’ is actually “preternaturally hardened whale dung” according to German physician Franz Schwediawer in 1783.

Christopher Kemp, who also wrote the book ‘Floating gold: A Natural and (unnatural) history of Ambergris’, says that it could be squid beaks.

Ambergris is specifically produced by sperm whales whose daily food consists of squid or cuttlefish. While they are digesting it, certain parts of these cephalopods like the beaks and pens are usually vomited or excreted out of the body before digestion begins.

Read More: In Pics: The Most Deadly Creatures Found Underwater That Are Still Unknown To Mankind

Sperm whales eat large quantities of these animals, somewhere in the thousands per day, and during digestion one of these beaks or pens making its way through the whale’s stomach and going through a complex process in the looping convoluted intestines becomes what we know as Ambergris.

Ambergris’s texture, being of a solid waxy substance, leads it to rise to the surface and sometimes even make its way to the coast.

Ambergris or whale vomit is extremely expensive, so much so that it is called ‘floating gold’. According to reports, 1 kg of this stuff can cost anywhere upward of Rs. 1 crore in international markets.

One of the biggest users of this product are from the perfume industry. Ambergris is often used to create scents like musk and it has a high demand in places like Dubai.

It has also been said to be an ingredient in certain traditional medicines and it is believed that ancient Egyptians used this as an incense.

Reviews Brand Voice - September 28, 2021
September 28: Reports suggest that the third wave of the Coronavirus is set to hit India in the last quarter of 2021. The real...