Till the early 1980s, there used to be a trend of open political violence in several state assembly elections. Political murders were a part of the game and mafia-dons, who donned political attire, also rampantly misused their physical might to gain an advantage over other candidates.

These trends slowed down as democratic approaches towards elections became the new norm.

Law and order situations were handled intelligently, which instilled faith in democracy amongst the public. However, to date, the Indian republic isn’t free from political bloodshed.

A recent example of politically-induced violence can be seen in the state of West Bengal.

West Bengal is a state which has been out of the realms of the Bharatiya Janata Party (BJP) for a long time. First, the Communist Party and then the Mamta Banerjee led Trinamool Congress ruled the state.

The BJP found a ray of hope in the Lok Sabha elections of 2019 when it was able to win an unprecedented number of seats in West Bengal.

Since then, the BJP aggravated its efforts to win state assembly elections in West Bengal. Rashtriya Swayamsevak Sangh also joined hands with the BJP in this mission, by providing political workers to the party. However, things didn’t go as planned.

Regularly, news of the BJP leaders getting murdered came out. The mainstream media didn’t flash these incidents in headlines but after the active involvement of national-level leaders in the state’s politics, like J.P. Nadda and Amit Shah, the incidents were given weightage. 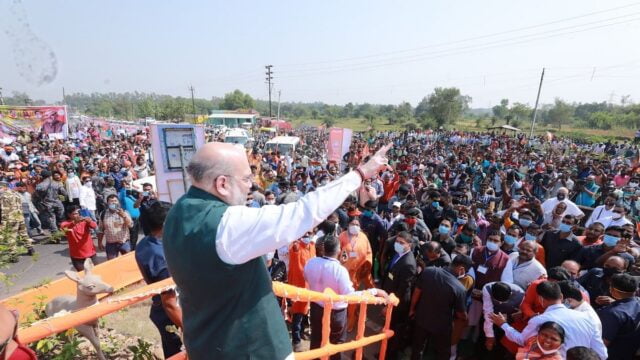 Though West Bengal has a history of political violence, it seems that the BJP is going to take utmost advantage of these violent clashes in the upcoming elections.

One reason for the blood-soaked political history of Bengal remains the Naxalite movement which has highly influenced the state’s political discourse.

Read Also: In Pictures: Didi Is The Hero! West Bengal CM Is Showing How To Stand With Citizens During Crisis

Several times we get to hear that a certain political worker from BJP got murdered in some district in West Bengal. However, these incidents started making headlines after J.P. Nadda started his political campaign in West Bengal.

During one of his roadshows in Diamond Harbour, his convoy was attacked. Several cars were damaged and leaders like Kailash Vijayvargiya sustained injuries.

The incident gave rise to a political and media uproar citing dictatorship by Mamta Banerjee. Before this, on 4th October 2020, Manish Shukla, a senior BJP leader was shot dead in North 24 Parganas.

On 13th October, another BJP worker named Rabindranath Mondal was attacked during a political clash. He later succumbed to his injuries.

On 24th October, Kinkar Manjhi, a member of BJP’s booth committee was shot dead by a Trinamool Congress worker. 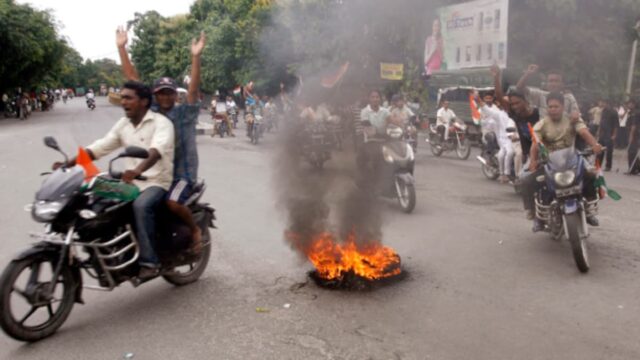 Several such incidents have been happening in West Bengal for a long time. In light of the same, the BJP called out the ruling government in West Bengal on various occasions and also released a booklet with 107 names of BJP workers who died in political violence in Bengal over the past five years.

Trinamool Congress, as a reaction, claimed that over 1000 of its workers have become victims of political violence since 1998.

According to the National Crimes Records Bureau, the state tops in cases of political murders, where about 80% of political murders happen. Police records show that in 2020, there have been over 43 political killings from January till October, of which at least 20 victims belonged to BJP.

Politics in Bengal has been marred by violence since ages and the present Chief Minister, Mamta Banerjee, has been a victim of the same.

A trend of political violence is unjustifiable and disgusting for a democratic republic like India. Being the world’s largest democracy, the responsibility to uphold constitutional and democratic principles falls on our collective shoulders.

Political murders aren’t an answer to elections and till such trends continue, India wouldn’t become a democracy in the true sense of the term.

Why Is The West Bengal Governor Not Very Popular Among The Students, Especially Of Jadavpur University?