‘North-East’ is the term often used to collectively refer to ‘the eastern-most states of India’ encompassing the states of Assam, Arunachal Pradesh, Sikkim, Nagaland, Mizoram, Meghalaya, Tripura, and Manipur.

This part of India shares its boundaries with Bhutan, Myanmar, Tibet, and Bangladesh. They are officially recognized under the North Eastern Council (NEC), formed in 1971 as the principal working agency for the welfare and economic development of these socially and economically isolated regions in North-East India .

This part of India is concealed from the mainland by impenetrable dense forests and formidable mountains. It spreads over an area of over 262,230 square km, almost 8 percent of India’s total geographical area.

Read more: Watch: Nepal Has Been Threatening India With A War But Here Is How India Has Been Helping Nepal Since 1950

Despite its ravishing beauty, many of us have no knowledge about its hill towns and their distinct enthralling cultural heritage. As a result, this part of India is unexplored by most of us.

Click on the video link given below to know about some interesting festivals celebrated by North-East Indians!

Although this part of India is not on the travel list for most of us, yet North-East, has its own charm that will touch your heart. Its discrete tribal culture and exotic flora and fauna will provide an eye-opening experience that will enlighten you with the beauty of North-East.

Come here and lose yourself in the culinary treats that hilly towns of North-East offer! 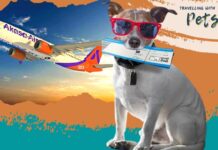