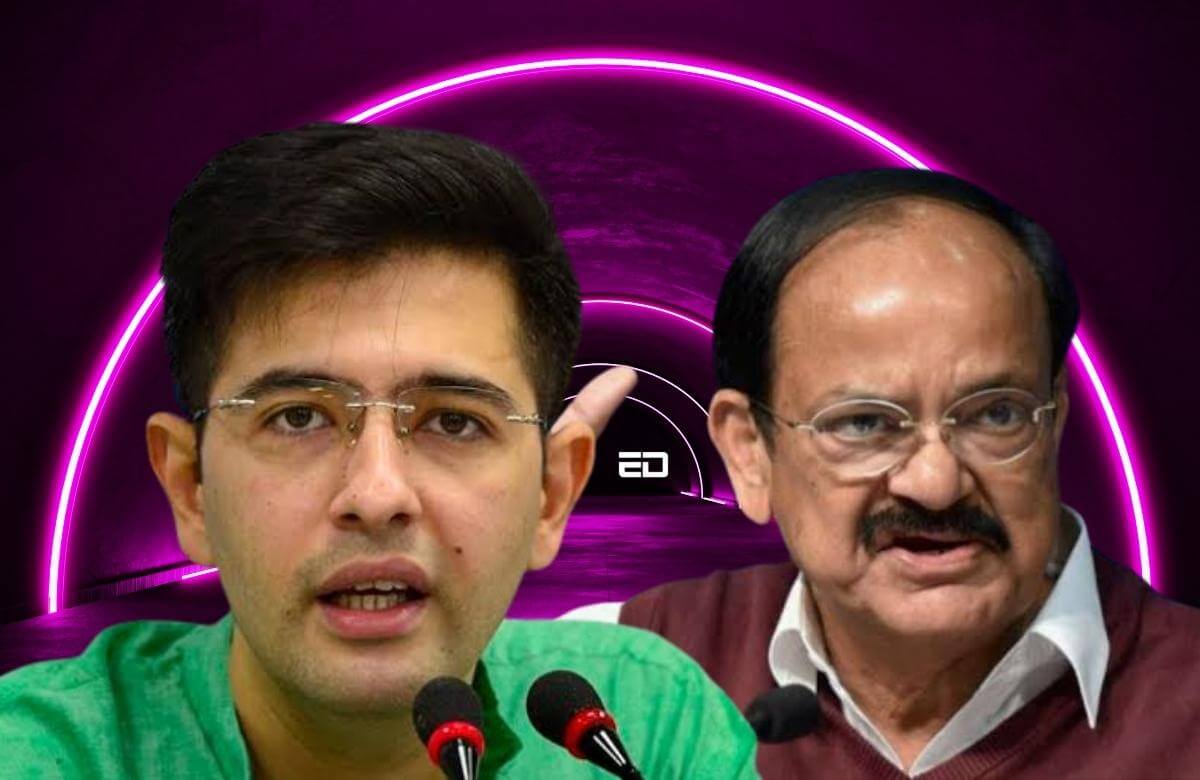 Most of the politicians are flinging insults and accusations at the other, even sometimes within their own party. Shooting down schemes and plans of each other, delaying them with unnecessary arguments and more.

The whole meme of bashing plastic chairs in Parliament or during certain political meetings is widespread. But then there are also some moments of levity and humour that happen, one of them being with the outgoing vice President and the AAP leader.

Outgoing Vice President Venkaiah Naidu was presiding over the Rajya Sabha session when AAP leader Raghav Chadha made a comment on his leaving and referred to “pehla pyaar (first love)” during it.

What Happened Between Venkaiah Naidu And Raghav Chadha?

On Monday, that is 8th August 2022, Venkaiah Naidu was given his farewell from Rajya Sabha members.

During this many complimented the Rajya Sabha Chairman on his work some specifically pointing out how he encouraged and inspired people to speak in their native language and not just Hindi or English. Amongst all this, AAP’s Raghav Chadha’s words to Naidu caught the attention of and even the latter’s response to Chadha.

While giving his farewell speech for Naidu, Chadha said “A person remembers his first experience. The first day of school, first school principal, first teacher. First love. I will always remember you as my first Chairman.”

To this Naidu replied in that “Raghav, mere khayal se pyaar ek hi hota haina, ek baar, dusri baar, teesri baar, aisa hota hai kya, nahi na, pehla pyaar hi hota haina (Raghav, I believe you love only once… First time, second time, third time, it does not happen like that, no? You love only once).”

The MP then responded with “I don’t have that experience, sir. But it is good.” To this Naidu further said “Haan, pehla pyaar achha hota hai. Wahi pyaar hamesha rehna hai, zindagi bhar (Yes, first love is good. The same love should stay forever).”

Read More: Why Is Nagaland Minster’s Witty Remarks On His Small Eyes A Perfect Response To Racism?

Raghav Chadha also posted about it on his Twitter:

Besides that, Naidu’s one-liners before he left had kept many laughing and in a good mood. Mr. Naidu completed his five-year-long term as India’s Vice President on 10th August 2022 and now Jagdeep Dhankhar will succeed him.