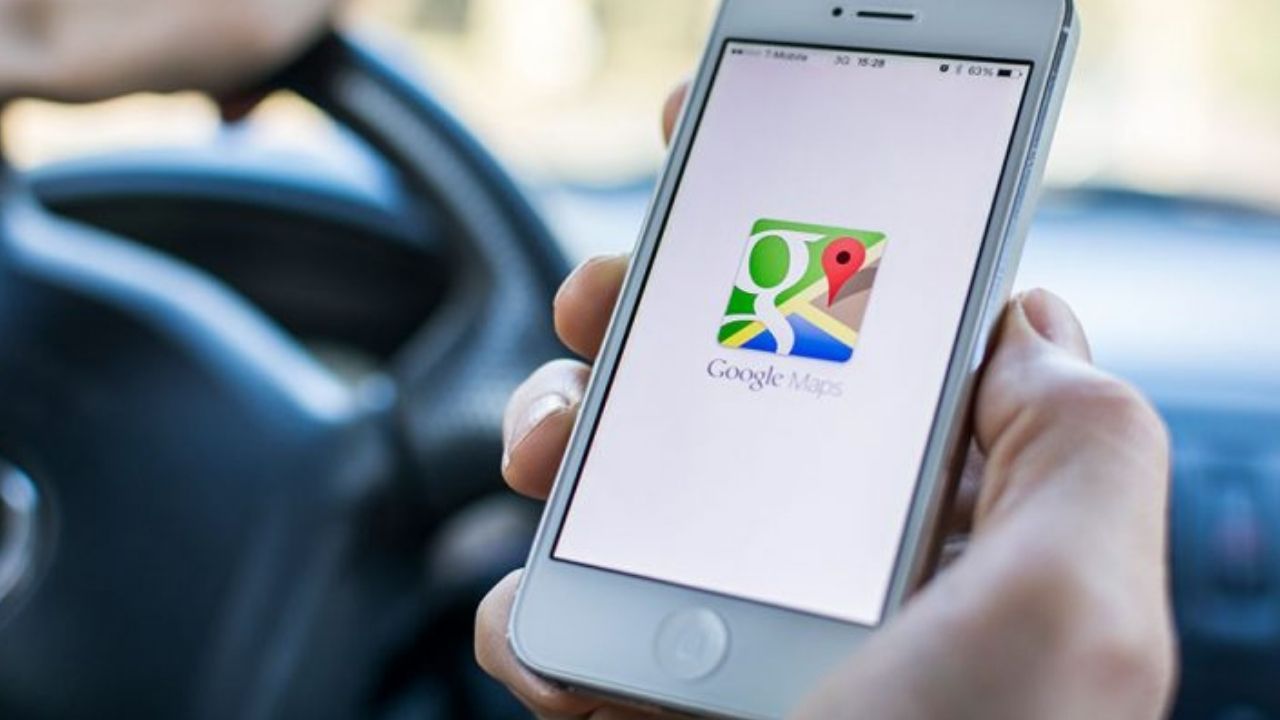 Many people cannot live without Google Maps, especially if they are bad at remembering directions (like me). Technology has made everything so simple for us, we can just speak a few words into our cell phones and it comes up with perfect directions, right? Wrong! These directions cannot always be trusted.

Google maps don’t always account for sudden construction or detours and, sometimes The path that is less traveled is not always the best one. No one wants to be Michael Scott and drive their car right into a lake just because a machine told them to do so. 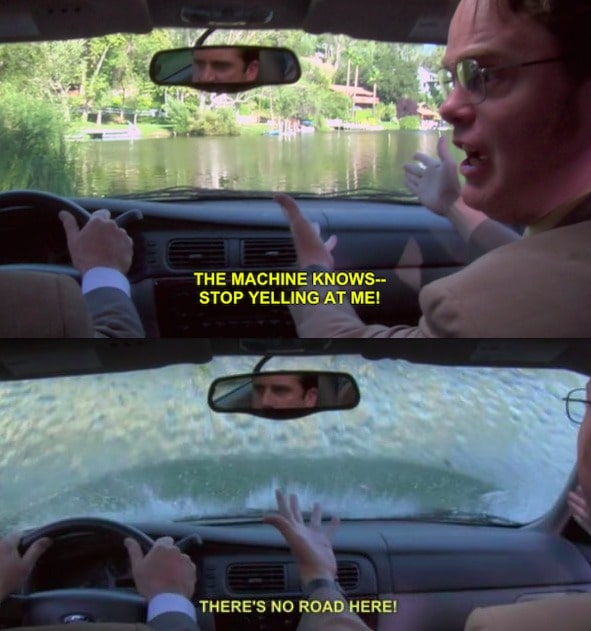 We have all experienced a Google map mistake at some point, some disastrous and the rest not so much. Here are a few cases where it was Google Maps vs. Humanity.

It Provided Directions, Right Into A Mud Pit

Dozens of drivers tried to re-route their directions when they encountered a detour in Denver. They all followed the same dirt road led by google maps, leaving them in a sticky situation, quite literally as they all ended up stuck in a huge mud pit. 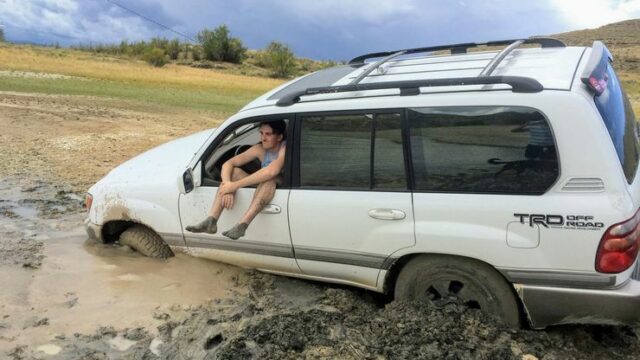 Note To Tourists: Ferries Are Required To Cross Water

Directions are never waterproof and this story is a perfect example. A group of tourists from Japan on their visit to Australia received a soggy surprise when their directions did not account for miles of water between them and their destination, leading them straight into the body of water. 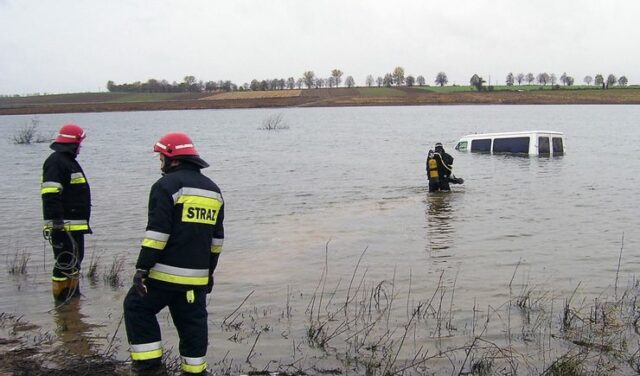 Sure, Follow A Google Voice Over The Road Signs

Signs are up there for a reason and not for our amusement. A man learned this the hard way when he ignored his gut feeling and followed his GPS instead. This decision landed him halfway up a cherry tree and just to be clear he did not arrive at his destination in 14 minutes. 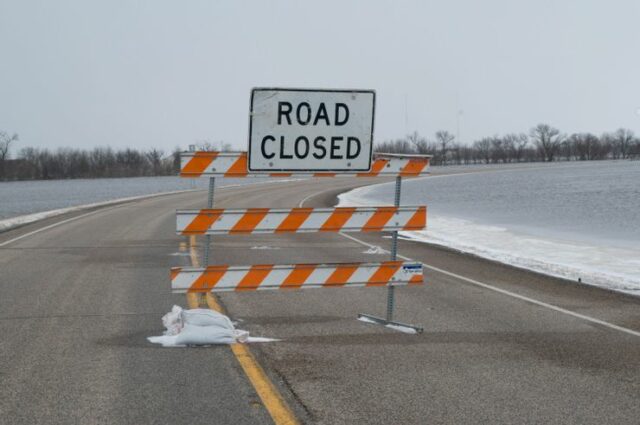 Be Aware Of Potentially Hazardous Conditions

No matter what the GPS tells you it’s always better to be aware of what you’re heading into. Technology has an excuse- they lack the intelligence it takes to know whether roads are closed off or not. 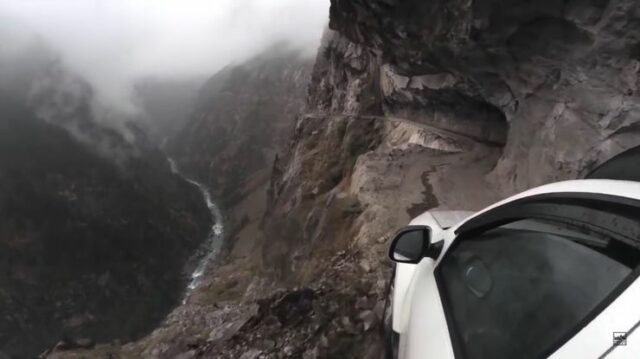 But some people just choose to ignore several warning signs to avoid entry and turn around and end up driving a Mercedes Benz into a construction zone, breaking through a barricade. I just want to know, how?

In a recent incident, a man took to Twitter to explain how Google maps led him into a bush and told him to drive into a mango tree. The tweet soon went viral and several others came up with their experiences with google maps. Here’s a look. 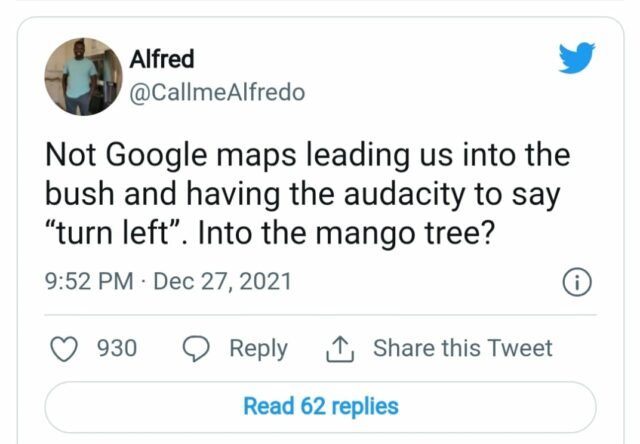 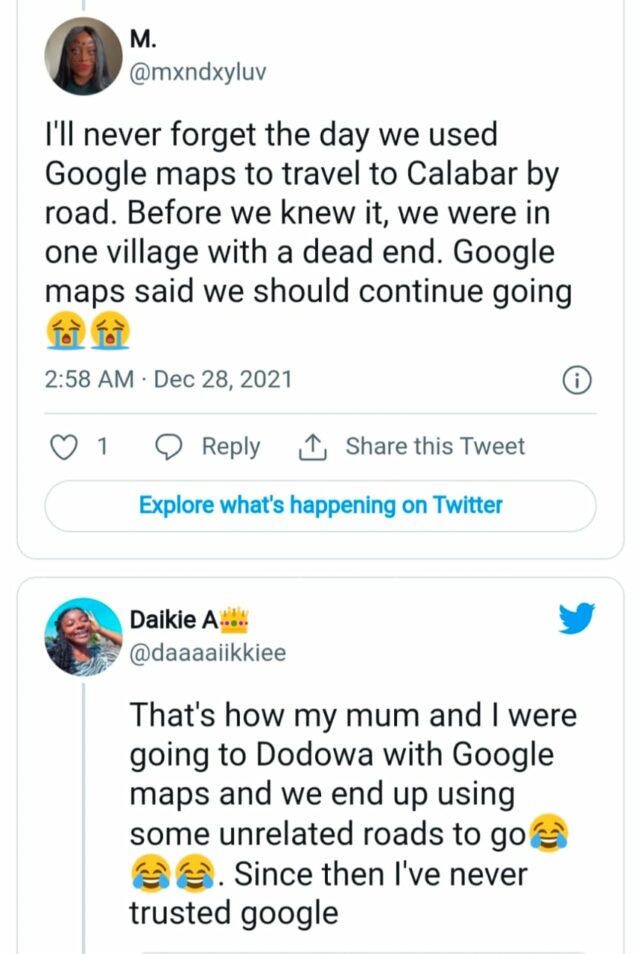 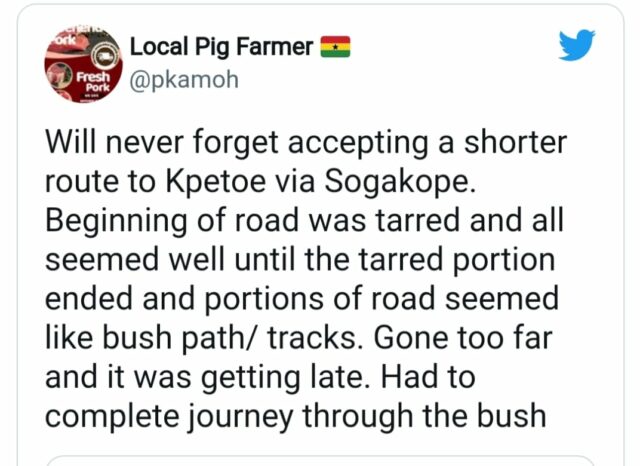 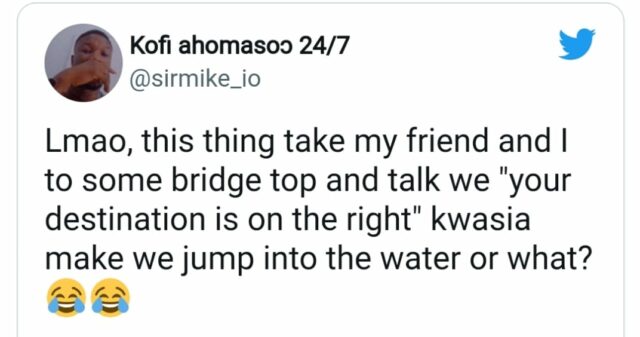 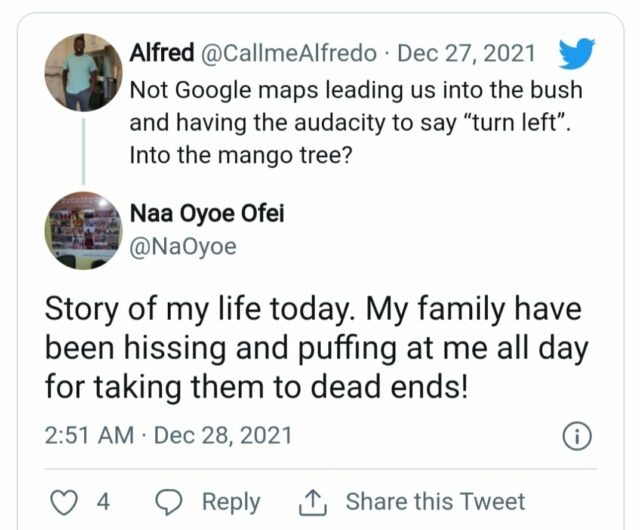 I will be thinking twice before I completely rely on my GPS from now on.

Reviews Brand Voice - January 18, 2022
January 18: Since the Covid-19 pandemic started, there have been a few drives taken up by NGOs and people to accommodate different assets to...