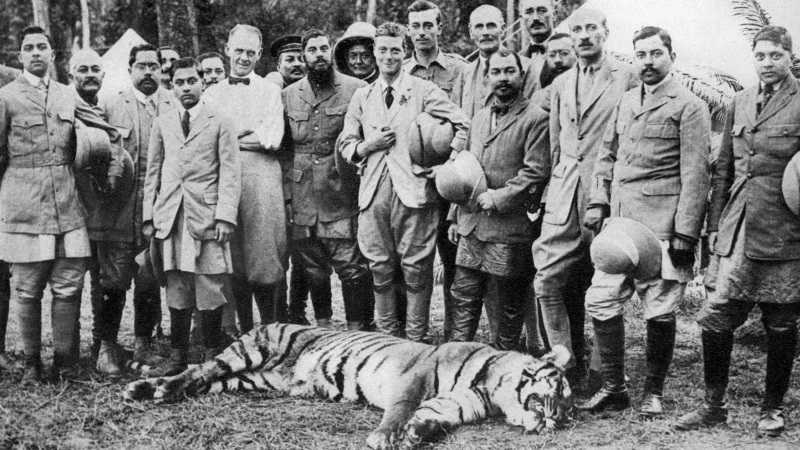 Since time immemorial, people have been arrested by the myth that the British ruled India for 200 years. It makes it a neat 190 years if you count from the Battle of Plassey, 1757 to the day of independence, 1947.

However, did they really rule for 200 years? Sure Robert Clive won the Battle of Plassey in 1757 but that does not, in any way, imply that the East India Company was ruling over the entirety of India.

If you look at the map of India in 1805, the only areas ruled by the British were the Carnatic Circars, Bundelkhand, Allahabad, Patna, Delhi, Aligarh and Calcutta.

In 1792, the British defeated Tipu Sultan thereby gaining control over Mysore, Marathas were finally defeated in 1818, and Sikh empire was taken over by the British not before 1849. These three formed major powers of the sub-continent.

So as you can see, it is pretty obvious and safe to assume that it took a hundred years for the East India Company to actually conquer India and then another hundred years to rule it.

In fact, the repression of the 1857 revolt is when the rule really consolidated and the baton was officially passed on to the British Empire. Before that, India was merely a puppet in the hands of the East India Company. Although the Company was one of the great powers on the Indian subcontinent, it did not govern India.

So What Led To This Myth Of British Ruling India For 200 Years?

By now all of us are aware that anything and everything related to the historical narrative is altered and remodeled to cater to the political stances. A lot of our history is based on multiple factual errors. Deliberate attempts have been made to obscure and whitewash the adequate facts.

For example, a strong political government with a powerful military was built by the Pratihara dynasty that defended the borders of India for about three hundred years. Each and every other text book and website is familiar with this information but what is not elucidated is their ingenious and superb water management and irrigation system, which enabled them to produce the surplus to sustain such an establishment.

What is more surprising and quite frankly frustrating is how history is warped and contorted into a bland political narrative especially of foreign overlords and their shenanigans.

According to political scientist Benedict Anderson who is best known for his influential work on the origins of nationalism, “Shame is an important foundation of nationalism.”

A narrative that claims that the British ruled India for 200 years has better chances of having an impact than simply stating that they ruled for 90 years. On the perchance of a contradictory narrative, the only other reason that they would spread such falsified information would be owing to pride.

After all, who would want to miss out on the chance of having the title “Ruler of India for 200 years?” It looks impressive when accumulating knowledge about the British.

Read More: Rashmoni: A Bengali Widow Who Took A Stand Against The British Raj

Why Is History Being Distorted To Meet Political Constraints?

This treatment of a whitewashed history is solely owing to the continuation of colonial-era propaganda that was set up by the British. The writers of colonial history take advantage of this and blatantly disregard heaps of evidence that India has to show regarding the cruel regime of the British government. But what is unacceptable is why Indian writers continue to perpetuate the colonial-era idea.

Let’s take a more recent example. The movie Sardar Udham which was based on the Jallianwala Bagh massacre of 1919 sparked a controversy. The movie details the horrifying after-effects of the tragedy.

In April 1919 a largely peaceful crowd had gathered at the Jallianwala Bagh in Amritsar, Punjab to protest against the arrest of pro-Indian independence leaders Dr. Saifuddin Kitchlew and Dr. Satya Pal. During the protest, General Dyer commanded to open fire and killed hundreds of people which included children as well.

The movie was barred from the Oscars because the Indian jury decided that in an age of globalization, the movie is “unfair” and portrays unnecessary “hatred” towards the British.

The British took away our freedom, killed our children, plundered us, exploited us, treated us like pests infesting our own country and yet when the truth is being brought forward, that’s how they’re treated – with mercy, with respect.

Yet none of these gory details will ever be brought forward in the textbooks that we read. Nobody would talk about the ill-treatment and the unfairness that the British put us through. The nationalist scholars do but the revisionists don’t.

No wonder, history is polluted. It is restricted to only those altered facts that satiate the needs of every nation’s political agenda.

Homophobia Is Not A Part Of Indian Culture, It’s A Leftover From British Raj