The scrapping of the law preceded and followed an intense discussion about LGBTQ+ rights in India.

A common sentiment echoed in countless articles, interviews and TV shouting matches, otherwise known as debates, was that homosexuality is not in line with Indian culture.

But of course, like many things that are controversial subjects in our country, homophobia can be traced back to a bunch of moustachioed old white British men, trying their best to divide and crush the Indian spirit.

Homosexuality was not considered ‘unnatural’ in ancient India

Before the British came knocking around the Indian subcontinent, gender fluidity and varied forms of sexuality were the norms.

The Khajuraho temples in Madhya Pradesh, Sun Temple in Konark and even Ajanta caves displayed sculptures and artwork depicting homosexuality.

Texts from hundreds of years ago specify how people who did not fit into either of the categories of male or female lived without any fear of humiliation or punishment.

Even in the Mughal dynasty, homosexuality was not explicitly punished. Babur, the founder of the Mughal Empire, wrote how he was in love with a boy.

In his memoirs, Baburnama, Babur composed multiple couplets for a boy named Baburi, even after being married many times and having children, as cited in The Hindu.

And then entered the British

In 1860, more than 150 years ago, the Indian Penal Code (IPC) was enforced and it was written up by a law commission headed by Thomas Babington Macaulay, who didn’t bother to consult local traditions or the actual Indian culture before writing it up.

The IPC was meant to impose European ideals of morality and that included an aversion to homosexuality, which was considered by the Europeans to be a sin.

When the British left, we stuck to the IPC and in doing so continued to uphold a lot of western ideals that were forced upon our ancestors to erase their traditions and culture.

Starting in 1967, the United Kingdom began to do away with repressive laws from an equally repressive era.

Well, it only took us 158 years to scrap Section 377 and that’s just the tip of the homophobic iceberg.

People from the LGBTQ+ community are still not allowed to marry or adopt children. They still encounter discrimination everywhere they go.

I mean honestly, who in their right mind believes that in a country of more than a billion people, all of us are going to be boring straight people? 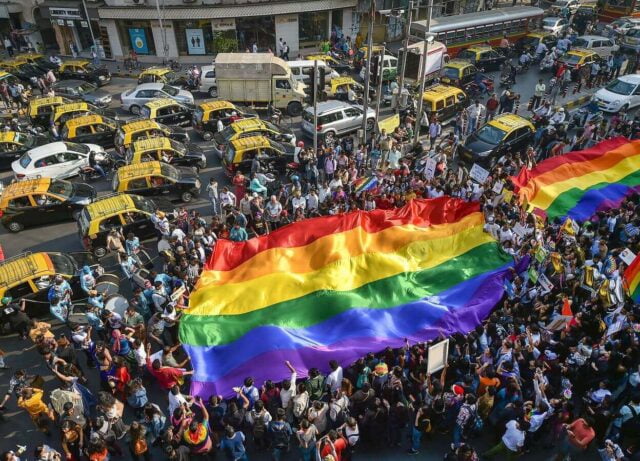 The laws that led to the rise of homophobia in India were never part of our culture, they were meant to repress our culture.

“History owes an apology to members of the community for the delay in ensuring their rights,” said Justice Indu Malhotra, who was a part of the five-judge bench that made the historic decision to overturn Section 377.

“For queer folks in all these post-colonial countries, our governments have to have a sense that these are not our laws, these were never our cultures”, said Menaka Guruswamy, a lawyer who fought against Section 377.

The fight for equal rights for the LGBTQ+ community is far from over but know this, Indian culture was not against homosexuality.

Those who treat an entire community with disdain only because of who they love should perhaps try reading about this mystical Indian culture that they love to quote all the time.